Steven Gerrard had the edge over Patrick Vieira as a player. It has continued in Premier League management.

In this first touchline tussle of the two top-flight greats, Gerrard came out on top to continue his winning start in charge of Villa.

Seven times he got the better of Vieira when they met as player, the Frenchman victorious in just three of their 13 meetings.

A rare goal from Matt Targett and sumptuous second from John McGinn made it 1-0 to Gerrard against Vieira now they have moved on to become bosses.

Until McGinn sealed the three points with four minutes left, this game had nothing like the quality the two managers possessed in their playing pomp.

Though Gerrard would not have worried about that.

A second three points to go with his debut win against Brighton would have been his sole priority and Villa claimed them to draw level on 13 points with Palace. 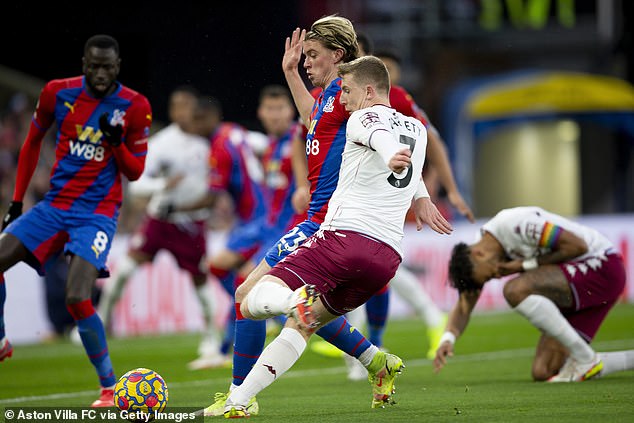 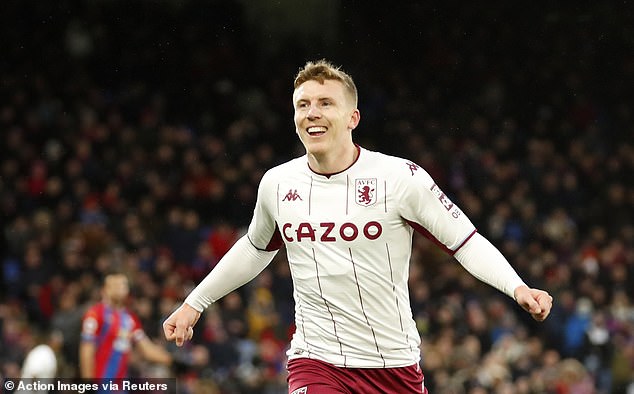 McGinn’s goal capped a frustrating afternoon for Palace when nothing went right, they shipped from a set-piece again, lost at home for the first time this season, saw their seven-game unbeaten run ended and Vieira tasted defeat at home to Villa for the first time, having never lost a Premier League home game against them as a player.

In a strange quirk, Gerrard had also never won at Selhurst Park during his playing days.

That too is no longer the case.

Villa’s first effort on goal was not an encouraging sign of what was perhaps to come.

It was not worth it.

Bailey scuffed his effort into the wall and Matty Cash dragged his free-kick wide. What an anti-climax.

They made up for it from their next set-piece, exploiting a concerning failing for Vieira.

Young swung in a corner which cleared everyone in the middle of the box but fell at the feet of Matt Targett, who took a touch before drilling the ball into the far corner.

He took the chance confidently and unlike someone whose previous Premier League goal was way back in October 2019.

Meanwhile, it was a league high 10th goal Palace had conceded from a set-piece and eighth from a corner. 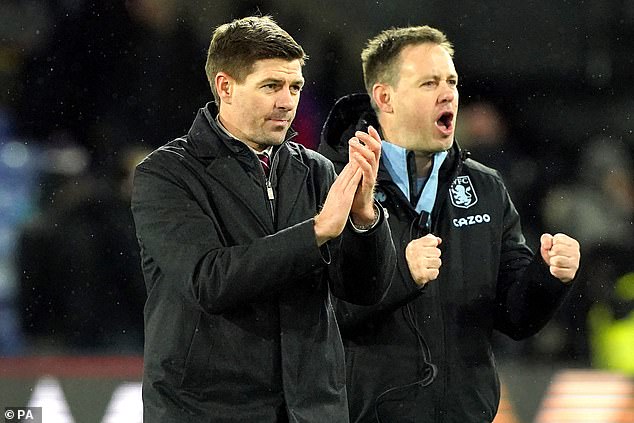 No wonder their fans sarcastically cheered when they dealt with corners thereafter.

Villa had the better of the efforts in the remainder of the half and should have extended their lead.

McGinn curled just wide – a first-half sighter it turned out – and Tyrone Mings somehow managed to divert a free-kick from the Scottish midfielder away from goal rather than towards it as he slid in.

The visitors were the more dominant, lively, cohesive and composed side. 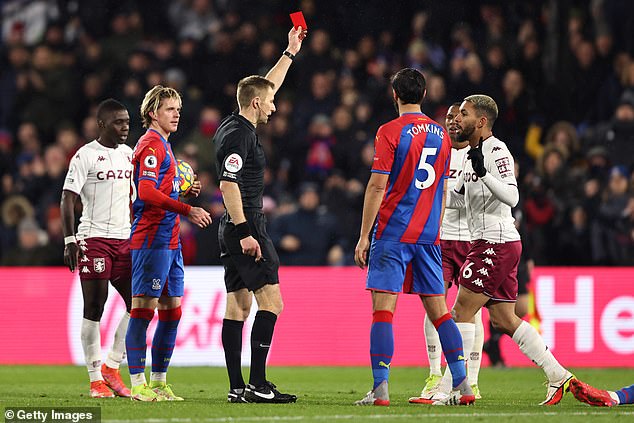 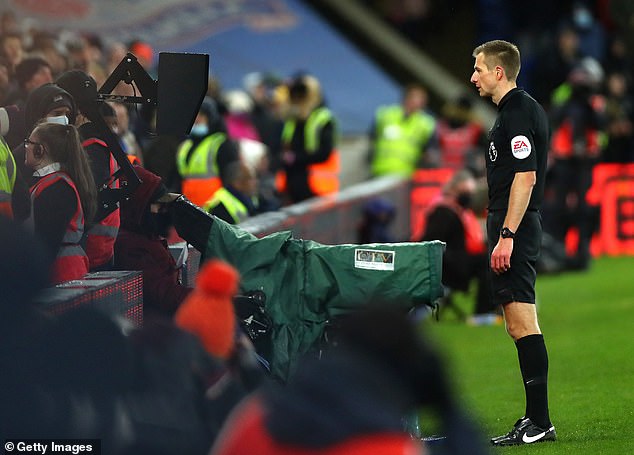 The last of those qualities especially had become one associated with this new Palace under Vieira but was sorely lacking in the first half.

Ball-playing defender Joachim Andersen joining James McArthur on Palace’s injured list with a hamstring problem would not have helped.

The only had one real effort of note in the first period when Wilfried Zaha controlled Michael Olise’s pass, tricked his way past Cash and Ezri Konsa but dragged wide.

Palace were booed off at half time but cheered back on at the start of the second as they made a delayed return to the field.

Whatever Vieira said at the break appeared to have hit home with Palace playing with increased urgency and intent, not that that was particularly difficult after their below par first half. But for all that, they still failed to trouble Emi Martinez in the Villa goal.

An extra injection of quality and spark was required and Vieira turned to his bench, bringing on Ebere Eze for his first appearance since he ruptured his Achilles in May.

Still there was no sign of a Palace breakthrough but they had brief hope when sub Douglas Luiz was shown a red card by Michael Salisbury for a studs first challenge on Cheikhou Kouyate only for the referee to downgrade the Brazilian’s punishment to a yellow after reviewing the incident.

With 11 minutes left Martinez was finally called on to save former Villa striker Christian Benteke’s acrobatic effort that looked more dangerous than it proved to be. It was their first effort on target.

A second soon followed from sub Odsonne Edouard but it McGinn’s curling, first-time finish into the top corner from outside the box after being teed up by Anwar El Ghazi sealed the points.

Marc Guehi tapped in an injury-time consolation for Palace but it was too little too late.