Striker Alexandre Lacazette has revealed that his agents are ‘looking’ at options with his contract at Arsenal set to expire in the summer.

The 30-year-old came off the bench for the last 14 minutes in Saturday’s 2-0 victory over Newcastle.

Arsenal are reportedly considering offering the Frenchman, who has scored 51 times in 135 appearances, a short-term deal.

But Lacazette has cast doubt on him staying at the Emirates.

He told French channel Telefoot: ‘Of course, my agents are starting to look to the right and to the left. But not until January, I really want to focus myself on something.

‘And then we will see what is on offer, if the challenges are interesting, if there are beautiful projects, how they are counting on me. 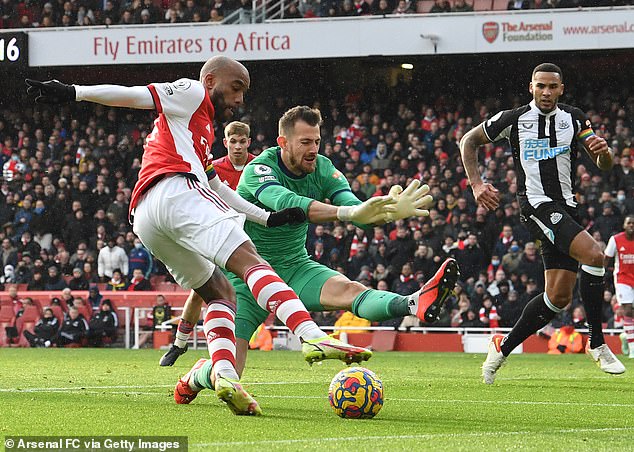 ‘So there are still many questions, I prefer to wait until January to position myself.’

Gunners boss Arteta has remained coy on his French striker’s future since the start of the season and revealed last month that the 30-year-old has ‘quality’.

Arteta said in October: ‘We are focusing on getting the best out of Laca and he shows every day his commitment is here.

‘We just want to give him the right minutes so that he can show his quality and help the team to do better.’ 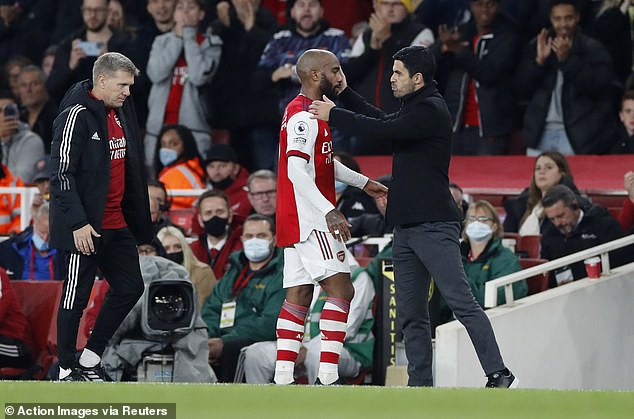 Lacazette was Arsenal’s top goalscorer last season with 17 goals in all competitions and has scored 68 times in 176 appearances since joining from Lyon for £52million in the summer of 2017.

The Frenchman has registered double-digit goal tallies in each of his four Premier League seasons in north London, while he also has 29 Arsenal assists.

Alongside Aubameyang and Lacazette, Arsenal have young forwards Gabriel Martinelli, Eddie Nketiah and Folarin Balogun as competition for the No 9 spot.