Pep Guardiola showers praise on ‘incredible’ Manchester City ground staff, hailing them as the ‘men of the match’ for ensuring West Ham match went ahead despite heavy snow at the Etihad Stadium

City’s victory over West Ham was played in driving snow, with referee Michael Oliver allowing extra time at the break to clear the pitch.

Guardiola, who went to congratulate head groundsman Lee Jackson on the touchline, had told his team to take fewer risks, given the conditions. 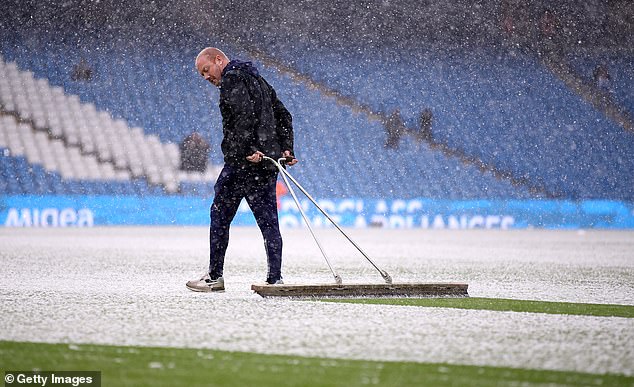 ‘I think the groundkeepers — the guys who take care of the pitch — were the men of the match,’ said Guardiola.

‘They did an incredible job to be able to play the game. When you are trying to play the same way for six years, it’s impossible to say today you are going to play in a different way. But you have to adapt. Don’t take risks. More short passes.’

West Ham boss David Moyes had expected the snow to impact City more than the visitors, but admitted his team struggled to cope. ‘The referee did a good job and we all wanted it played,’ said Moyes. 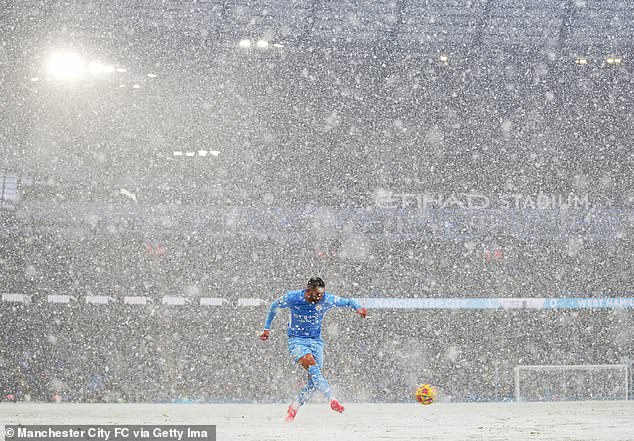 ‘I thought it might have affected them more than us. If anything, we lost our concentration. The visuals were quite difficult for that period. The real quality is the difference and City are full of quality.’

City have won five consecutive matches in all competitions but Guardiola has banished talk of embarking on another lengthy unbeaten run after reaching 28 last term.

‘What we have done in the past is the past,’ he added. ‘The only present is celebrate, recover well and on Wednesday play Aston Villa. The rest is fantasies, making wrong thoughts in your mind. Normally the wrong thought in your mind creates big problems in the team.’ 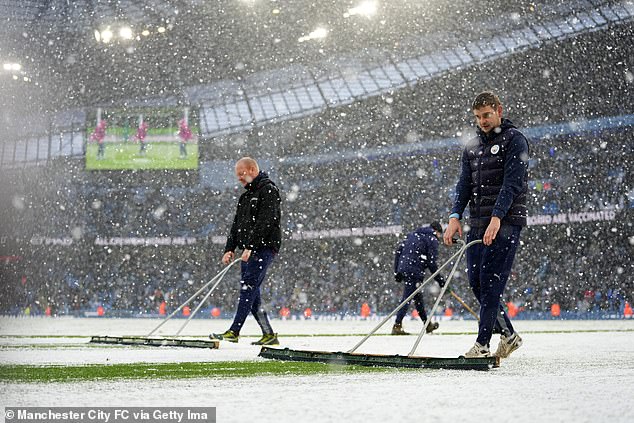