Carlo Ancelotti insists Vinicius Jr is well on his way to becoming ‘one of the best in the world’ after his late heroics for Real Madrid against Sevilla.

The Brazillian produced an incredible solo strike in the 86th minute – a goal described by his boss as ‘extraordinary’ – to help his side to a 2-1 victory against Sevilla and extend their lead at the top of LaLiga to four points.

The 21-year-old has now scored nine times in 14 league appearances this season – more than in his first three campaigns with the club combined – and the Italian believes it is only a sign of things to come.

‘What surprises me about Vinicius is the quality he has in scoring goals,’ said Ancelotti after the game.

‘His individual quality isn’t a surprise, I knew he was strong in his dribbling, in one-one-ones, with his pace, but he’s surprising everyone now with his capacity to score.

‘Vinicius today showed a quality that I don’t think he’s ever shown before.

‘It’s another step he takes to be one of the best in the world. The important thing is he focused on being efficient. When the chance comes, you have to take it.’ 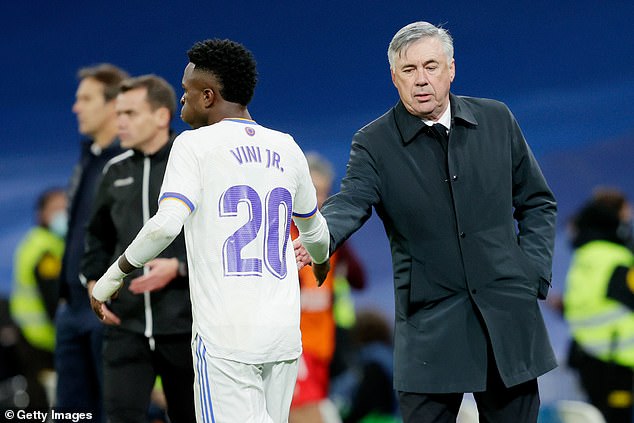 While Vinicius has taken Spain’s top flight by storm this season, teams will be beginning to cotton on to his threat, with the forward striking up a formidable partnership with Karim Benzema.

However, his fellow Brazilian Casemiro has warned that he will have to continue to up his game as he is targeted more and more by opposition.

‘Vini knows that games are going to be more difficult for him now,’ Casemiro said. ‘People have realised that he’s a top player.

‘We know he’ll be man-marked, sometimes by two or three players, but when he gets the slightest chance, he has to make the difference.’ 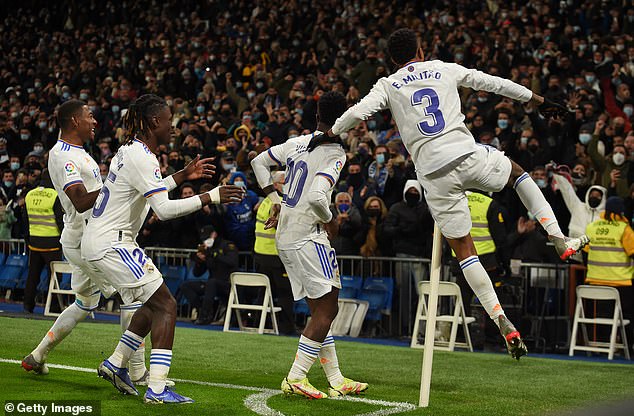