Liverpool owners Fenway Sports Group have reached an agreement with the Pittsburgh Penguins that would give the conglomerate controlling interest in one of the NHL’s marquee franchises.

Mario Lemieux and Ron Burkle rescued the Pittsburgh Penguins out of bankruptcy more than 20 years ago, a decision that helped turn the team into one of the NHL’s marquee franchises.

With the Penguins’ spot in Pittsburgh secure for years to come and with five Stanley Cup banners hanging from the rafters at PPG Paints Arena, Lemieux and Burkle are handing the keys over to the Fenway Sports Group. 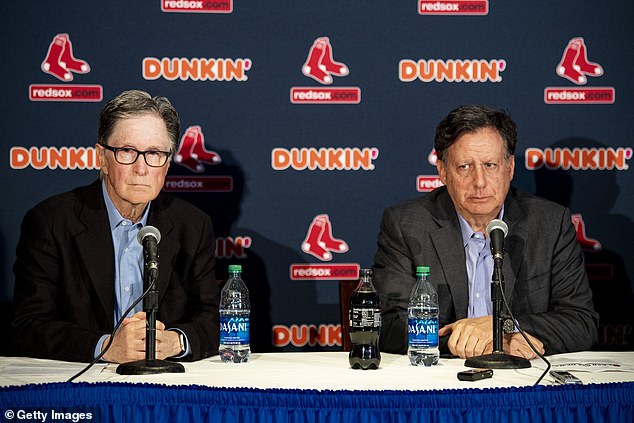 The team announced on Monday that FSG and Lemieux and Burkle have agreed to a deal that will give the massive conglomerate controlling interest in the Penguins, pending approval by the NHL’s Board of Governors, which is expected by the end of the year.

With ice hockey, baseball and Premier League football ticked off their list, NBA could well be next after basketball legend LeBron James came on board as an investor in the spring.

The LA Lakers star has made no secret of his desire to one day own an NBA franchise. FSG received a reported $750million (£562m)  investment from RedBird Capital Partners in March that valued the sports conglomerate at $7.35billion (£5.5bn).

Financial details of the Pittsburgh takeover have not been released, but Sportico valued the Penguins at $845million (£634m) last month.

As part of the deal, Lemieux and Burkle will remain part of the franchise’s ownership group. The two put the Penguins on the market back in 2015 before eventually – at least officially anyway – removing the ‘for sale’ sign as the team won back-to-back Stanley Cups in 2016 and 2017. 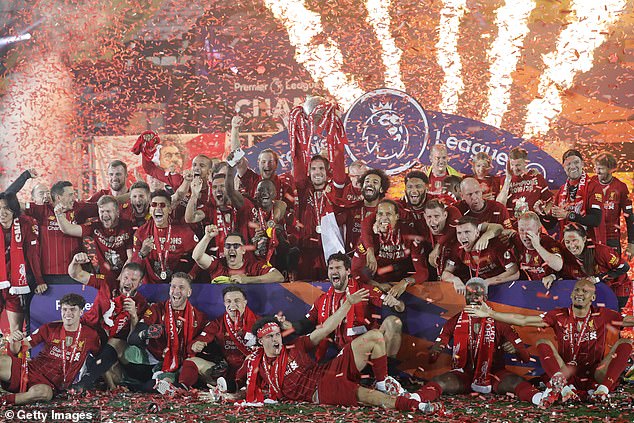 They have achieved lots of success with Liverpool, the 2019-20 Premier League champions 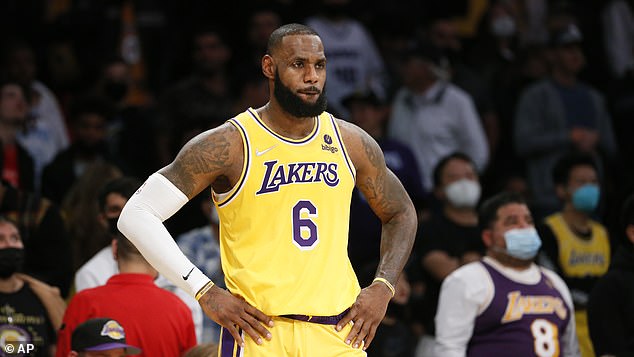 ‘Over the years, we have been approached multiple times by various groups interested in purchasing the team but never found the right fit,’ Lemieux said in a statement. ‘In FSG, however, we met an experienced group of leaders with a passion to win championships and a vision that aligns with ours.’

There will be no immediate changes to Pittsburgh’s management structure. CEO David Morehouse, general manager Ron Hextall, president of hockey operations Brian Burke and head coach Mike Sullivan will all remain in their current positions.

‘The Pittsburgh Penguins are a premier National Hockey League franchise with a very strong organisation, a terrific history and a vibrant, passionate fan base,’ FSG Chairman Tom Werner said in a statement. ‘We will work diligently to continue building on the remarkable Penguins’ tradition of championships and exciting play.’ 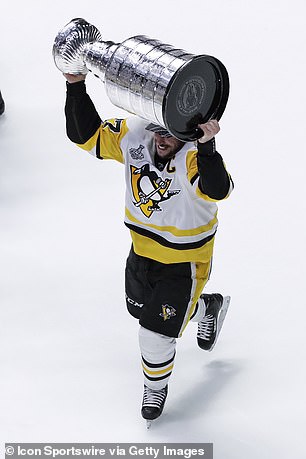 Pittsburgh has reached the playoffs in 15 consecutive years, the longest active streak in major North American professional sports. The streak includes three championships and another trip to the Stanley Cup Final.

‘As the Penguins enter a new chapter, I will continue to be as active and engaged with the team as I always have been and look forward to continuing to build on our success with our incoming partners at FSG,’ Lemieux said. ‘They have an organisational philosophy that mirrors the approach that worked so well for Ron and me over the past 22 years.’

The Penguins have steadied themselves following a bumpy start to the 2021-22 season. Pittsburgh has won five of six heading into a four-game road trip that starts on Monday in Calgary, Alberta.

Burke and Hextall addressed the players about the sale being finalised before the team skated in Calgary on Monday morning.

Sullivan, a Massachusetts native who attended high school and college in Boston, had a brief conversation with the new ownership group and called the sale a ‘win-win’ for all involved.

‘These guys have a proven track record,’ Sullivan said. ‘I think they’re fans first and foremost. They love sports and I think they’re in it for the long haul.’ 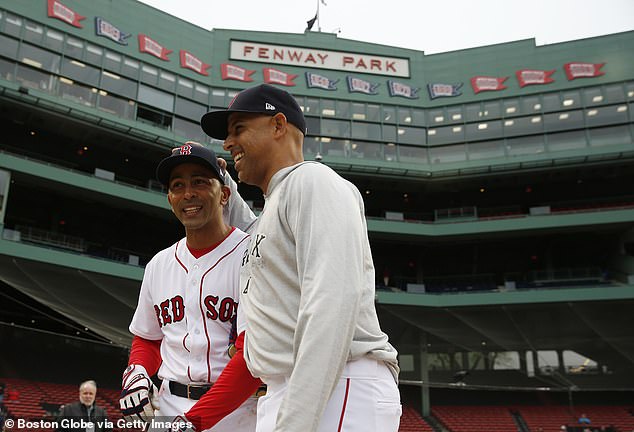 Baseball giants the Boston Red Sox were the first major sports investment of FSG, back in 2002 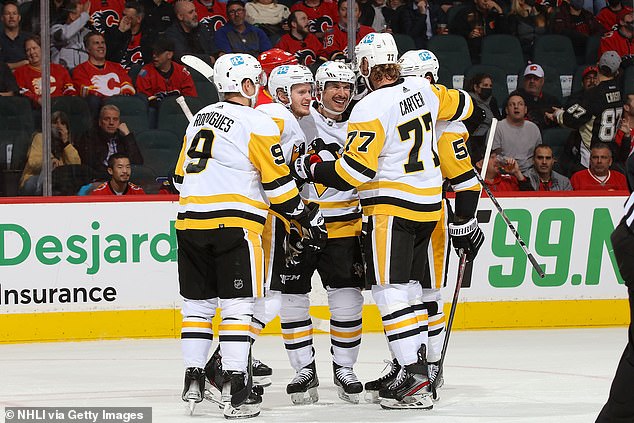 The Penguins were on the brink of collapse when Lemieux – one of the greatest players in NHL history during a 17-year career – teamed up with Burkle to keep the franchise afloat.

Their rebuild was helped greatly by selecting goaltender Marc-Andre Fleury and centres Evgeni Malkin and Sidney Crosby in successive drafts from 2003-05, the core that helped Pittsburgh return to prominence and eventually a Stanley Cup in 2009.

The Penguins moved across the street from the Mellon (Civic) Arena to PPG Paints Arena in 2010 while becoming one of the most sought-after tickets in the NHL.

Pittsburgh sold out 633 straight games from February 14, 2007, to October 16, 2021. The streak ended on October 19 when Dallas visited, with both Crosby and Malkin out of the lineup. 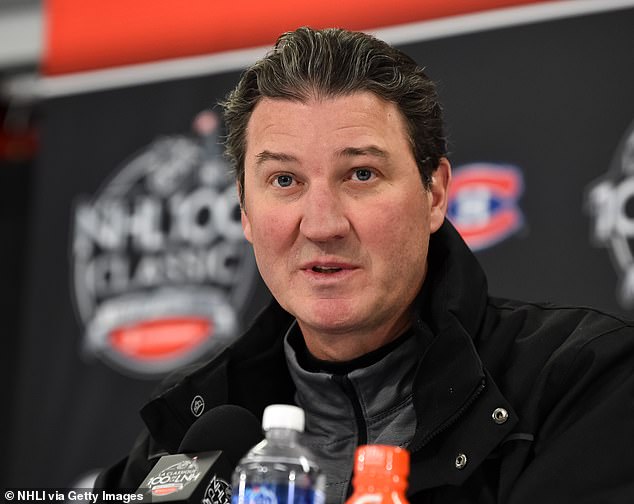 NHL legend Mario Lemieux saved the Penguins more than 20 years ago, but they will now sell up to FSG with the team in a strong position on and off the ice