Simon Kjaer admits he will ‘never forget’ the harrowing moment he had to save the life of Denmark team-mate Christian Eriksen at Euro 2020, but insists he must ‘move on’ after coming 18th at Ballon d’Or ceremony in Paris

Simon Kjaer has said it is time for him to ‘move on’ from the incident that defined his and Denmark’s summer at the European Championship.

The Danish captain drew praise from all corners of the globe for his response to team-mate Christian Eriksen collapsing during their Euro 2020 group stage clash with Finland.

Kjaer performed emergency first aid before team doctors could reach the Inter midfielder, who it was later revealed had suffered a cardiac arrest. 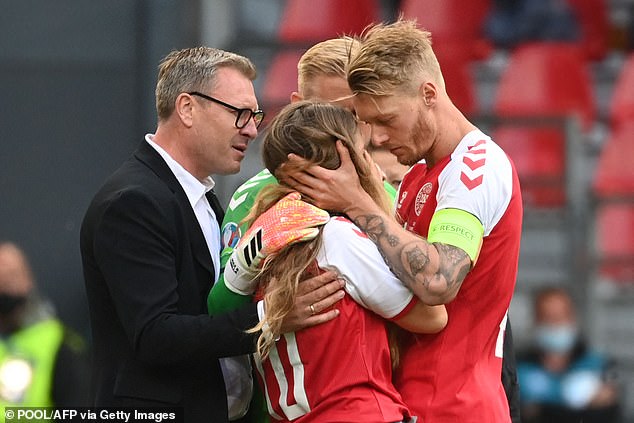 He then instructed his team-mates to form a protective shield around Eriksen, before going over to console and reassure the player’s wife, who had come down pitchside.

But now, five months on, and with Eriksen continuing his rehab in his native Denmark, Kjaer says it is also time for himself to move past the harrowing incident. 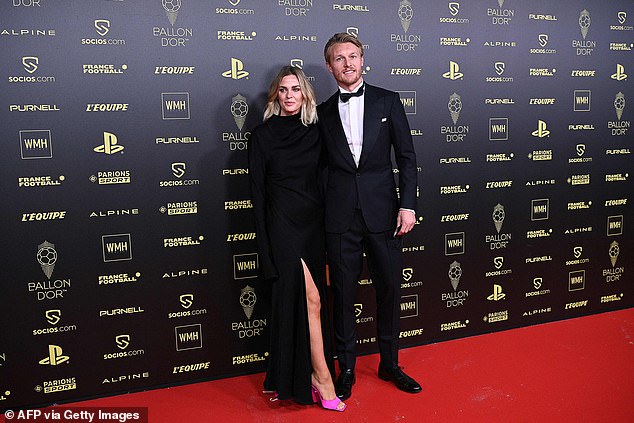 ‘The most important thing is that he feels well. The focus has always been on the pitch. Now I will try to move on.’

Despite his insistance, there was still attention drawn to him at the Ballon d’Or ceremony in Paris on Monday night.

Didier Drogba, the former Chelsea icon, was one of the presenters on the night, and he took the opportunity to praise the Milan defender.

‘This man is a hero, this is bigger than football and us,’ said Drogba.

‘Kjaer saved the life of his partner, Christian Eriksen. Not all superheroes wear capes.’

This season, Kjaer and Milan have been going strong in both the Premier League and in Europe.

They still have a chance to qualify for the Champions League knockout stages thanks to their victory over Atletico last week, and they sit three points off the top of Serie A and leader Napoli. 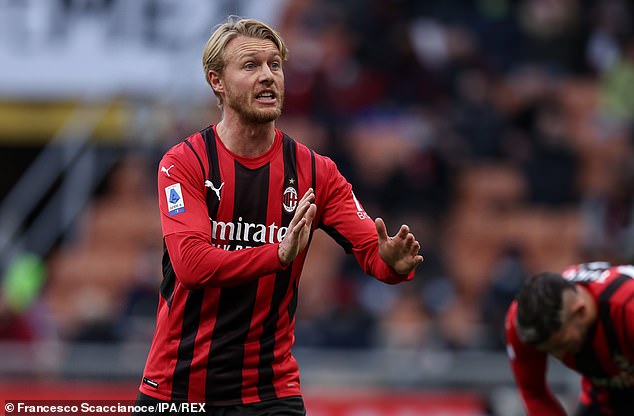 After being named 18th on the list of Ballon d’Or nominees, Kjaer has strengthened his resolve to return his focus to matters on the pitch.

‘That’s the best moment of my career, I was on the list of 30 tonight and I helped Milan qualify for the Champions League last season,’ he said.

‘We are Scudetto contenders this season, I’ve always tried to improve during my career, I’ve never had doubts about my character. It’s not a surprise for me to be here.’