‘It is always easy, especially for those who have stopped playing!’: Thiago Silva hits back at Paul Scholes after Man United legend claimed Cristiano Ronaldo would find it simple to play against him in Chelsea clash

Thiago Silva has hit back at Paul Scholes after the pundit’s comment that Cristiano Ronaldo would find it easy against him in Manchester United’s clash with Chelsea.

Ronaldo came off the bench in the 1-1 draw but his battle with Silva was touted as a crucial one and Scholes thought it should be simple for the striker.

After the game, a Chelsea fan Instagram account wrote: ‘According to Paul Scholes, facing Thiago Silva would have been easy for Cristiano Ronaldo.’ 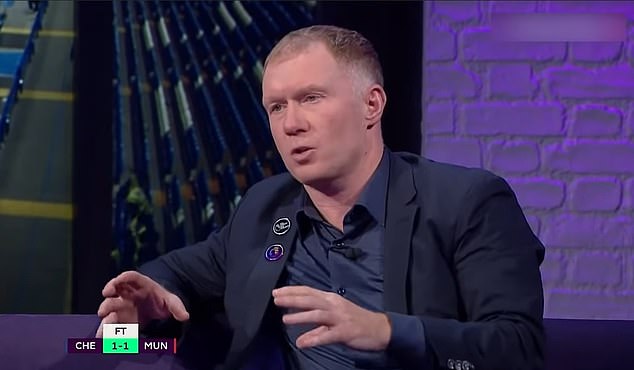 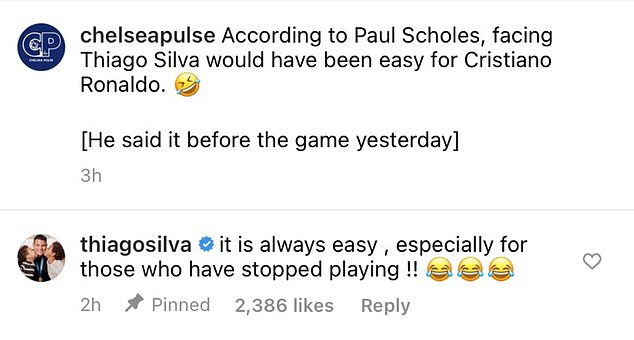 And the 37-year-old replied: ‘It is always easy, especially for those who have stopped playing!!’

Silva has been outstanding for the Blues this season and they have qualified for the knockout stages of the Champions League while also remaining top of the Premier League.

Silva played the full 90 minutes of the draw against United, a game in which Jorginho’s mistake led to the hosts conceding the opener.

The Italian then made amends by stroking home his penalty to level the scores and despite Chelsea’s possession dominance, they failed to find a winner. 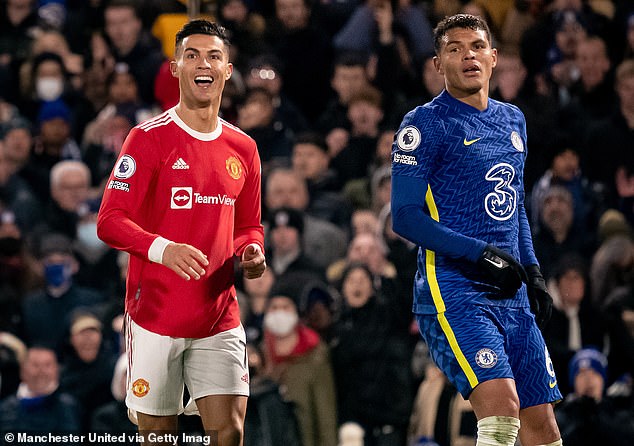 Ronaldo was a surprise omission from interim boss Michael Carrick in his second and final game in charge.

He insisted that the Portuguese had taken the decision in his stride after they had spoken about it.

The 36-year-old was brought on to make an impact in the second half but was unable to help United claim three points.

It will be fascinating to see how new boss Ralf Rangnick uses the striker now he has officially been announced as Ole Gunnar Solskjaer’s replacement this season.

United are in eighth place, 12 points behind Chelsea and take on Arsenal at Old Trafford on Thursday evening. 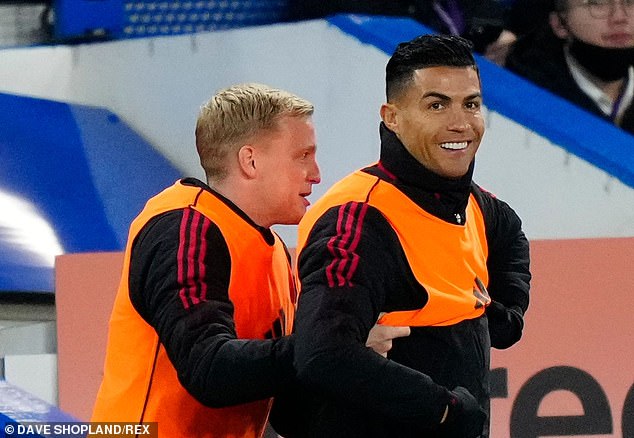