By David Coverdale For Mailonline

Leeds have condemned ‘unacceptable’ homophobic chants by a section of their supporters towards Crystal Palace midfielder Conor Gallagher on Tuesday night.

A group of fans could be heard singing ‘Chelsea rent boy’ at Gallagher, who is on a season-long loan from Stamford Bridge, in the first half of United’s 1-0 Premier League win over Palace.

The chants were branded ‘unarguably homophobic’ by Marching Out Together, the Leeds’ LGBT+ supporters group, and came during a fixture which had been dedicated to Stonewall’s Rainbow Laces campaign.

A club spokesperson said: ‘Overall the support from Leeds United supporters at last night’s game with Crystal Palace was magnificent, once again the fans got behind the team and played a huge part in pushing the players on to get the late winner. 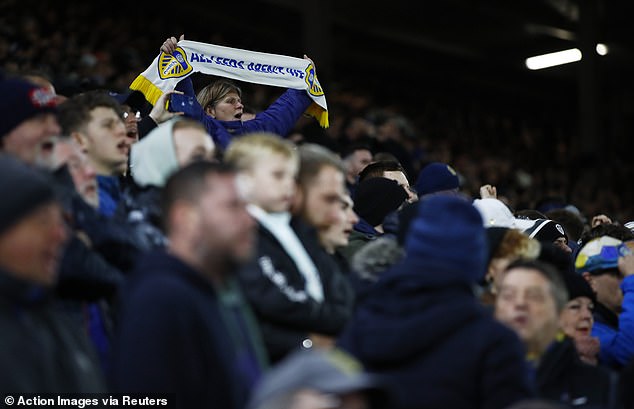 ‘We are aware of a homophobic chant directed at a Crystal Palace player and we want to be very clear that this is unacceptable.

‘We will continue to work closely with Marching Out Together and all of our supporter groups to ensure that we do everything within our power to eradicate homophobia and any other form of discrimination from our football club.’

The audible chants came from the corner of Elland Road where a giant poster promoting ‘Marching Out Together’ was displayed.

In a statement, Marching Out Together said: ‘Last night was our Rainbow Laces game. The club have actively supported the campaign again this year. 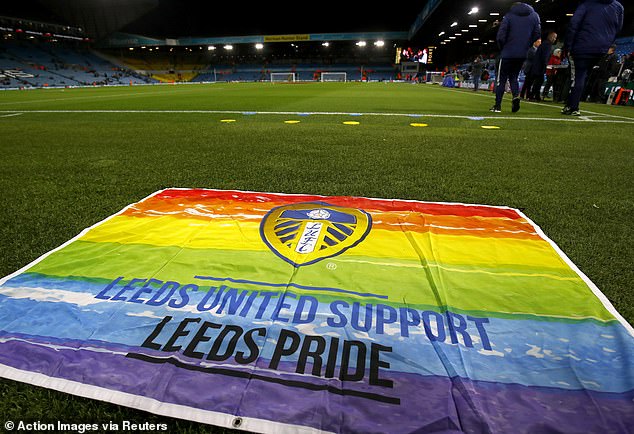 ‘The work we do with the club receives the support from the overwhelming majority of Leeds fans, who welcome inclusion and support for the LGBT+ community.

‘However, work still needs to be done, and unacceptable chanting can still occasionally be heard. The rent boy chant last night is one example of that.

‘It is unarguably homophobic and unacceptable at all times. We wrote a piece condemning the use of the rent boy chant and explaining why it is homophobic last year.

‘It was certainly regrettable to hear last night – but the club’s ongoing powerful message of support for equality resonated much stronger on a night where we could celebrate that things are changing for the better in the game of football, when it comes to LGBT+ inclusion.’

The Chelsea Pride group said: ‘We at Chelsea are very disappointed to here there (were) homophobic chants directed towards Conor Gallagher at Elland Road.

‘This is not okay and should not be happening. There is no place for homophobia, biphobia and transphobia in football or society. 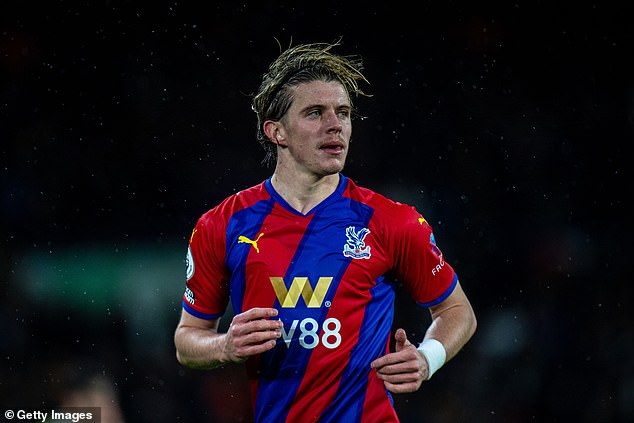 ‘All forms of discrimination need to be kicked out of the game we all love. We need clubs and authorities to take a stronger stance towards those fans who use this language.’

A Kick It Out statement read on Wednesday: ‘We are aware of a portion of Leeds fans at Elland Road using the term ‘rent boy’ last night.

‘It is frustrating and saddening to once again be discussing this chant as it is unquestionably homophobic and extremely offensive to the LGBTQ+ community, who make up such an important part of our game.

‘We will liaise with Leeds and the football authorities to identify and hold accountable those responsible.

However, we would also encourage Leeds, and all clubs, to continue to proactively engage and educate supporters on the importance and impact of language in stadia and online.’