By Oliver Salt For Mailonline

Conor Benn has thrown down the gauntlet to Amir Khan and Kell Brook ahead of their long-awaited domestic showdown and insisted he will ‘one million percent’ be ringside to call out the winner.

Khan, 34, and Brook, 35, are poised to finally settle their bitter feud on February 19 after years of demand for an all-British welterweight clash between them.

Given they are now well and truly in the twilight of their respective careers, many believe their highly-anticipated meeting will serve as a swansong for both men. 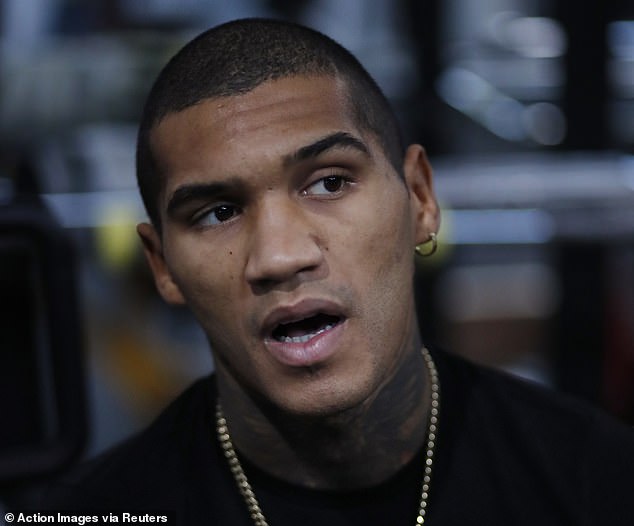 But Benn, 25 and with 19 straight victories coming in the professional ranks thus far, is determined to fight the winner in his next contest.

‘Both of them are talking like their fight is a warm-up for me so that’s fine,’ Benn told The Sun.

‘I will be ringside for their fight, one million per cent. I will fight the winner, no problem at all, bring on Khan or Brook, either of them.

‘When I hear them and their promoter describe them both as Britain’s two best welterweights, I completely disagree. 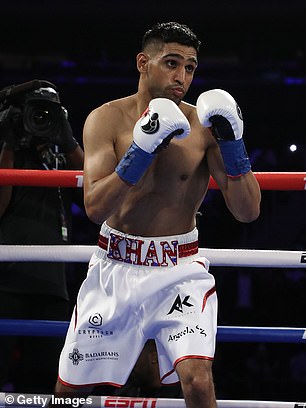 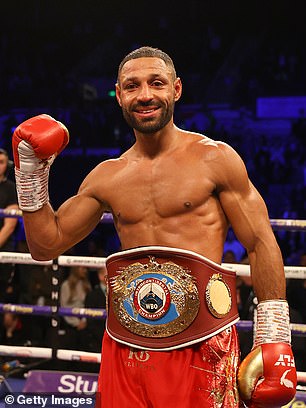 ‘If anyone still thinks they are the two best welterweights we have to offer, or the winner of the fight is the No 1, I would like to clear that up straight away.’

Benn is slowly becoming a household name in his own right after venturing into the sport as the son of British boxing legend Nigel Benn.

The Essex gunslinger maintains a flawless professional record, with his explosive stoppage victory against Samuel Vargas back in April thrusting him into the world-level mix.

His boxing education will continue in a test against respected American Chris Algieri later this month, but Benn is already eyeing up a potential mega-fight with Khan or Brook. 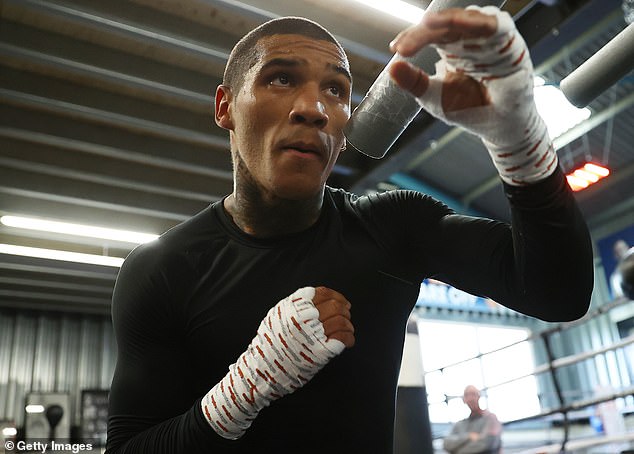 ‘I never called out Brook before because I know him. But since he is dropping my name in, he can have it too,’ he added.

‘I would fight either, if they offered me a choice I would toss a coin, I couldn’t care less.

‘Brook got knocked by a jab against Terence Crawford and the other one has got bingoed in his last few fights, when he has not boxed blown-up featherweights like Billy Dib.’