By Heather Dewar For The Scottish Daily Mail

Scottish Athletics has stripped disgraced coach John Lees of a prestigious award he won in 2018.

Speaking exclusively to Sportsmail last week, Scots runner Mhairi Maclennan called for the coach who abused her to have his Development Coach of the Year award revoked.

Lees was banned for life last month for inappropriate behaviour towards athletes. He was found guilty by an independent appeals committee of five charges, and admitted two others.

Upheld charges included sexual touching, making a sexualised comment to a female athlete, endangering an athlete’s safety by “causing injury by administering a chiropractic adjustment” and providing chiropractic adjustments while not being appropriately qualified. Lees admitted, meanwhile, to massaging an athlete at his home when she was under 18 and making sexualised comments to athletes in his training group.

Great Britain runner Maclennan said it was wrong that his award should stand, given the abuse, and on account of his licence having been permanently taken away.

The board of the sport’s governing body has now decided to approve a recommendation from its Nominations Committee to revoke the award, insisting the Committee has the powers to do so in ‘exceptional circumstances”, agreeing unanimously that, ‘in this case, revocation is appropriate’. 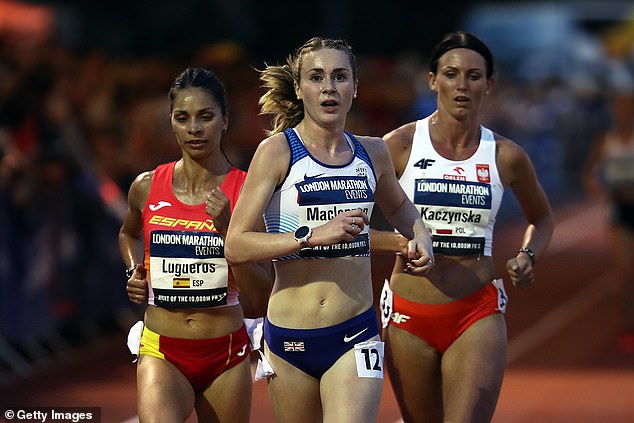 Colin Hutchison, chief executive of Scottish Athletics, said: ‘Behaviours of the nature highlighted in this case have no place in sport and need to be challenged.

‘I want to reiterate our thanks to the athletes that came forward in this case and reinforce our commitment to working alongside UK Athletics and all partakers in the sport to challenge inappropriate behaviour.

‘In the past 18 months safeguarding policies and processes for athletics across the UK have been strengthened to ensure concerns are reported and addressed appropriately.

‘We remind and encourage anyone with a welfare or safeguarding concern or complaint to share these with UK Athletics via the MyConcern platform.’