The 17-year-old enjoyed a spell training at Scottish champions Rangers recently and is now in north London showcasing his talent.

The American is spending the MLS off-season trying to impress clubs across Europe and now Goal report that the American is at London Colney for a period of training.

Toure, who was born in Guinea, made his professional debut for New York Red Bulls’ second team in July 2020.

He wasn’t in the Big Apple for long though, moving to Colorado Rapids in March and making his MLS debut for the club in July against San Jose Earthquakes.

The American has featured 22 times for Colorado’s feeder team, the Colorado Springs Switchbacks, but it is unclear if he is in Europe hunting for a move or just looking for experience.

He is nicknamed ‘Yaya’, after the former Barcelona and Manchester City player Yaya Toure. 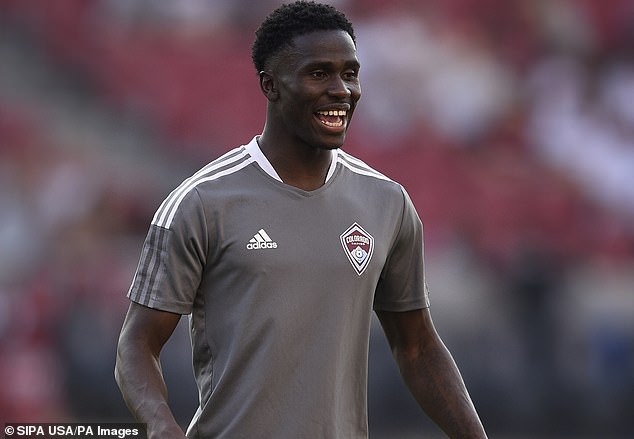 Colorado’s general manager Padraig Smith said of Toure in March: ‘Yaya is an exciting talent who has already shown tremendous potential through his performances in the USL Championship as a 16-year-old.

‘He’s powerful and explosive on the ball and has an ability to take on defenders that allows him to be a difference maker.

‘We believe he has all the qualities necessary to develop into an elite player and are excited to see what the future holds for him.’