First Tottenham, now Leicester! Foxes are hit by their own Covid outbreak as Brendan Rodgers confirms SEVEN players are set to miss their crunch Europa League clash against Napoli

Leicester will be without seven players for their decisive Europa League clash at Napoli amid a Covid-19 outbreak at the club.

Ademola Lookman, Kelechi Iheanacho, Ayoze Perez, Daniel Amartey, Jannik Vestergaard, Filip Benkovic and Vontae Daley-Campbell have not travelled, along with three staff members, although not all cases are thought to be due to be Covid-19, with some players suffering other illnesses.

Leicester face Newcastle in the Premier League on Sunday and will continue to monitor developments ahead of that fixture. 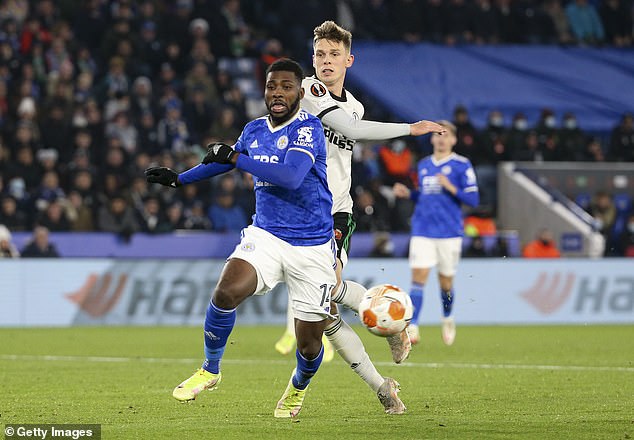 ‘You are starting to see a few more cases, and it’s always been about the health of our players and respecting the country we’re travelling to,’ said manager Brendan Rodgers.

‘We still have a strong squad. We have done multiple tests. We tested again on Thursday morning before we boarded our flight.

‘We’ve taken every measure in terms of arriving here in the safest possible way. We haven’t taken any risks with anyone.’

It is the latest Covid disruption in the Premier League this week after Tottenham boss Antonio Conte said eight first-team players and five staff members were positive for the virus. Chelsea midfielder Mateo Kovacic also returned a positive result.

Leicester themselves were hit by Covid in March last year, days before the Premier League was suspended for three months under the terms of the first national lockdown.

Asked about the Newcastle game, Rodgers added: ‘I am only looking at the next fixture. We focus on the players who are here for a big game for us. We will have to see what develops over the coming days.’

A win for Leicester will see them advance straight to the last 16 as group winners, while a draw would seal a place in at least the last 32. 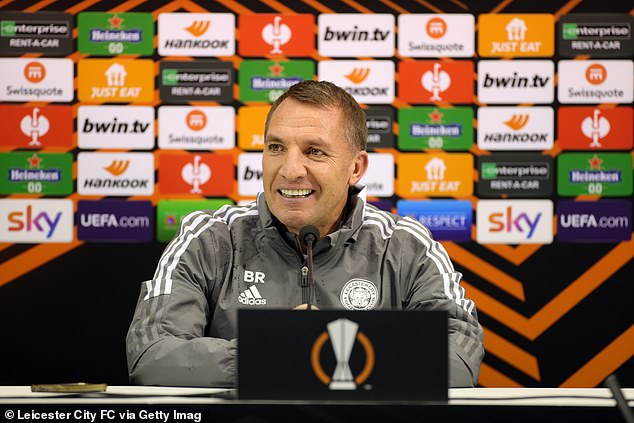 But defeat would leave Leicester third in the group and forced to compete in the Europa Conference League for the rest of the campaign.

Key midfielder Youri Tielemans is set to return after a month out while Jamie Vardy is expected to start a game for the first time in the competition this season.