Ricky Ponting has slammed the ‘pathetic officiating’ that saw Australia opener David Warner handed a reprieve after being bowled off a no-ball by Ben Stokes.

The England all-rounder – bowling in the Test arena for the first time since returning from a break to protect his mental health – looked to have dismissed Warner with just his fourth ball of the match.

But replays showed that the England star had overstepped by some distance, leading Warner to be called back. 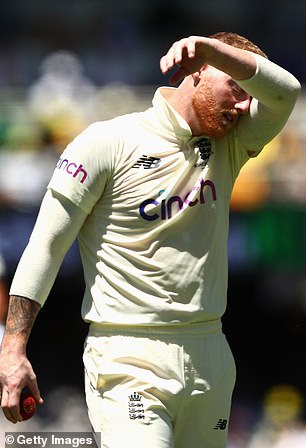 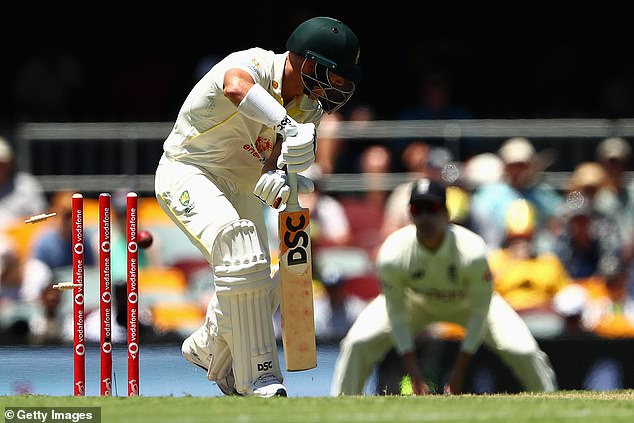 Australia’s Channel 7 then showed that Stokes’ first three balls leading up to the non-wicket of Warner were also no-balls, but which simply remained uncalled by the third umpire Paul Wilson.

And that led former Australia captain Ponting to slam the officiating, believing Stokes would have corrected his overstepping earlier had he known he was bowling no-balls.

‘If someone upstairs is supposed to be checking these and they haven’t decided that any of those are a no ball, that’s just pathetic officiating as far as I’m concerned,’ Ponting said on Channel 7.

‘It led to what we saw late in the over. If he’d have been called for a no ball the first one he bowled, then of course he’s going to drag his foot back. 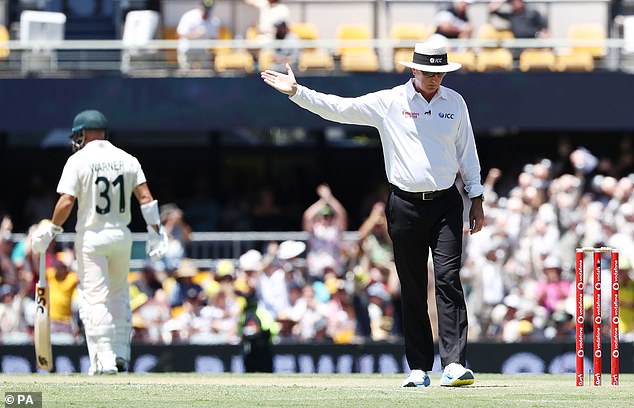 ‘I’m not sure what’s happened. I’m keen to hear why it hasn’t happened earlier.’

Retired umpire Simon Taufel added: ‘The third umpire’s job is definitely the hardest job in the book for me.

‘They really do have a lot going on but they do have the support of an ICC technician. They’re supposed to be looking at every ball.’

The task of calling no-balls was transferred to the television umpire from the on-field officials for top-tier international cricket in July last year.

What will be more worrying for England is that Warner has gone to make a Test hundred on four previous occasions after surviving a dismissal off a no-ball. 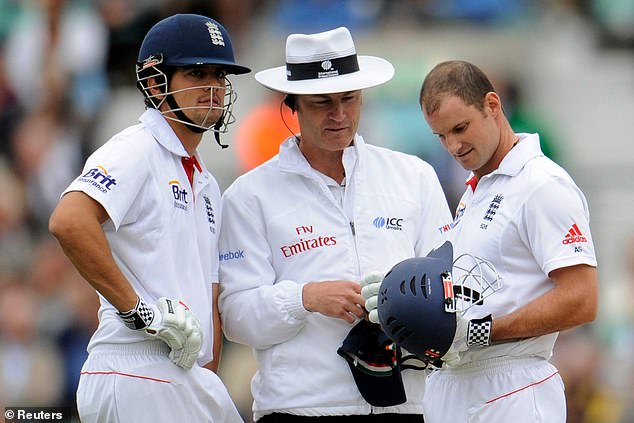 And he was nearly halfway there at lunch, having gone on to 48 not out, while Marnus Labuschagne had reached his 31st Test 50.

England meanwhile took just the scalp of opener Marcus Harris in the first session, with Dawid Malan catching his edge low down off Ollie Robinson.

But Labuschagne and Warner re-built to take Australia to 113 for one at the end of the opening session of day two at the Gabba. 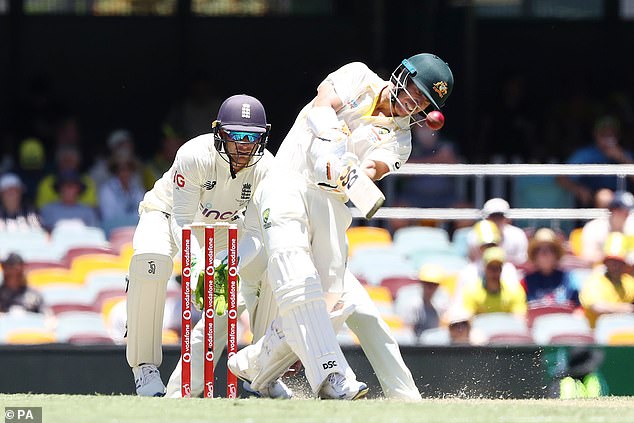 Warner went on take advantage, coming to within two of his half century before lunch 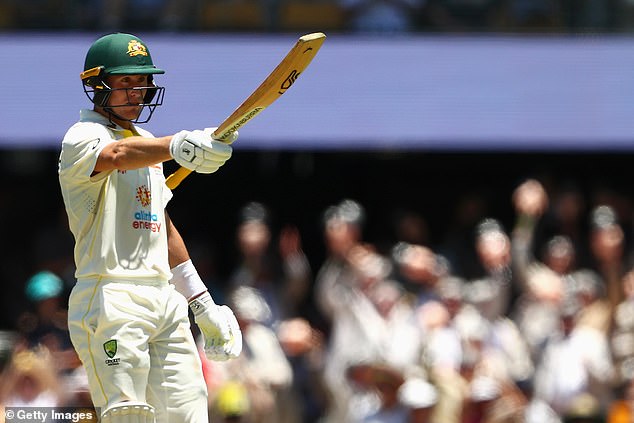