Eden Hazard ‘SNUBS a move to Newcastle after Real Madrid accept £33.4m offer for the Belgian’, with former Chelsea star ‘hoping to attract a bigger club than the mega-rich Magpies’

Eden Hazard has reportedly snubbed a move to Newcastle United despite the mega-rich Magpies seeing an offer £33.4million, plus £8.3m in add-ons, accepted by Real Madrid.

Hazard, 30, has endured a torrid time in the Spanish capital since arriving from Chelsea in 2019 for an initial fee of £88m, with a series of injuries and a lack of form hampering the Belgian.

As a result, Hazard has fallen down the pecking order under Carlo Ancelotti, with Vinicius Jr and Rodrygo preferred by the Italian coach. 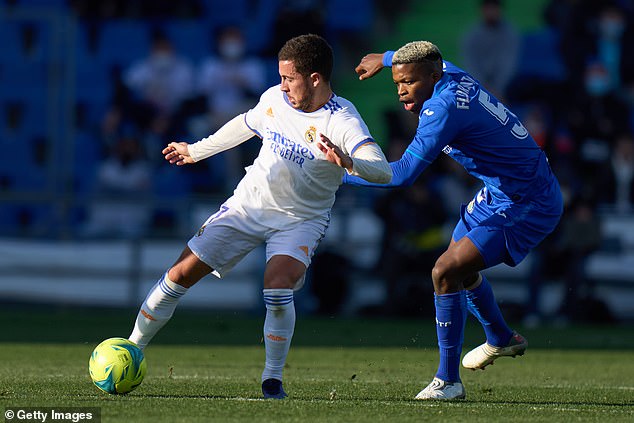 Florentino Perez has looked to shift the 30-year-old this January transfer window, with Los Blancos preparing for the expected arrival of Kylian Mbappe on a free transfer this summer.

And according to El Nacional, Perez has accepted an offer of €40m (£33.4m), plus €10m (£8.3m) in add-ons, from Newcastle with Eddie Howe desperate to strengthen his beleaguered squad in a bid to escape relegation this season.

However, Hazard has snubbed the Magpies’ approach, with the Spanish report claiming that the Belgian will only leave for a ‘big’ club, such as Chelsea.

The Blues have long been linked with a reunion with Hazard, who dazzled at Stamford Bridge over his seven-year spell, scoring 110 goals and providing 92 assists in 352 appearances for the club. 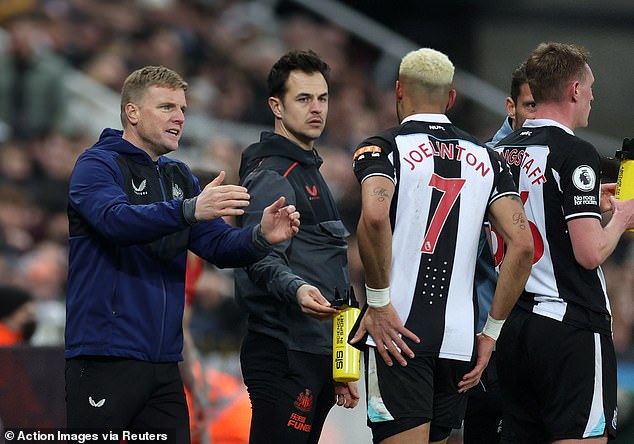 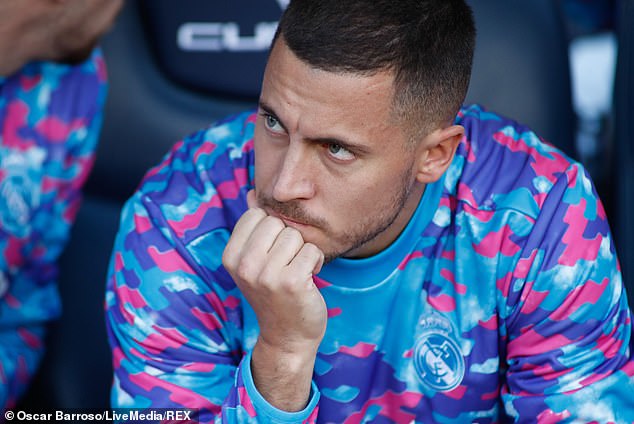 However, Hazard has snubbed the strugglers and is understood to want a bigger club

Madrid are reportedly interested in Chelsea star Reece James, with the Spaniards rumoured to be considering offering Hazard as makeweight for the England international – who they value at £50m.

Madrid reportedly understand signing the 22-year-old is a long shot as he ‘has it all’ at Chelsea but they are reportedly still willing to try.

James has enjoyed a stellar season as Chelsea sit third, netting five goals and providing six assists in 22 appearances as a right wing-back.

But Hazard’s tally this term is not quite as enticing for the Blues as the forward has registered just one assist and failed to find the net all campaign.