By Ben Willcocks For Mailonline

The Aston Villa boss is reportedly eager to reunite with his former colleague, plotting to make serious renovations to his squad this summer.

Having already signed Philippe Coutinho for £17million earlier this week, Gerrard plans to bolster his team’s spine in midfield and defence during the next transfer window, according to The Sun.

Before joining Gerrard’s Rangers, Aribo enjoyed his most fruitful campaign at Charlton in the 2018-19 season, helping Lee Bowyer’s side win promotion to the Championship via the play-offs.

He has since represented Nigeria internationally, scoring a first goal for his country in September 2019 against Ukraine.

The versatile midfielder is mostly deployed as a deep-lying playmaker but is also capable of playing an attacking role on the right flank. 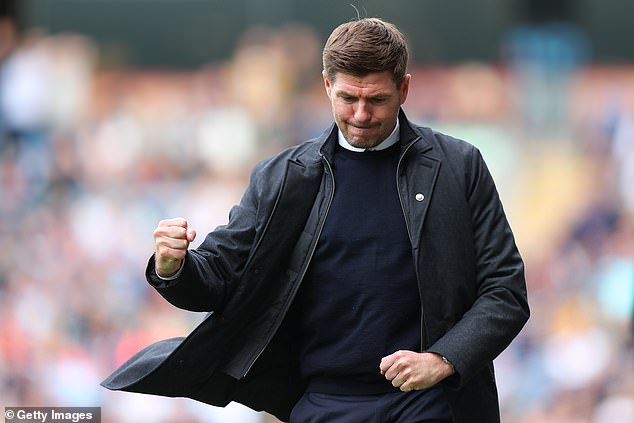 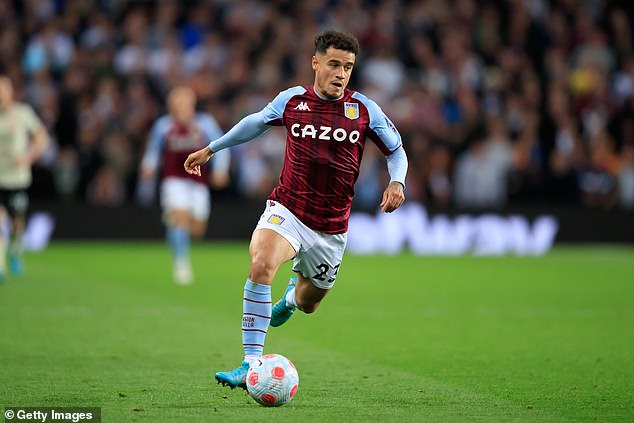 Rangers even turned to Aribo to play the first half of their crucial Europa League semi-final second leg against RB Leipzig earlier this month.

Alongside Aribo, Gerrard is also tracking Joe Gomez’s situation at Liverpool, keen to attract the defender to Villa Park with the promise of more first team football.

The England international has fallen lower down the pecking order following Ibrahima Konate’s arrival from RB Leipzig last summer and has since only managed three Premier League starts all season.

The decision made by new star Coutinho to join Aston Villa on a pay cut of £345,000-a-week has demonstrated that high-profile players are eager to team up with Gerrard and be a part of his long-term plans.