By Dan Cancian For Mailonline and Australian Associated Press

Brisbane captain Dayne Zorko kicked a contender for goal of the season in the Lions’ 102-66 win against Adelaide on Saturday night.

With the Lions leading by 38 in the fourth quarter at the Adelaide Oval, Zorko received a handball from Jarrod Berry inside the 50 metres line and close to the boundary line.

The 33-year-old kicked the ball almost without breaking stride, somehow managing to keep his balance before going out of bounds.

His effort was rewarded as the Sherrin rolled across the square and in between the posts under the watchful eye of Brisbane forward Charlie Cameron, who opted not to get involved.

Zorko, who added 26 possessions to his two goals, Hugh McCluggage (22 disposals), Jarryd Lyons (24, eight clearances) and Daniel Rich (26) were other standouts in the Lions’ eighth win from nine matches this season. 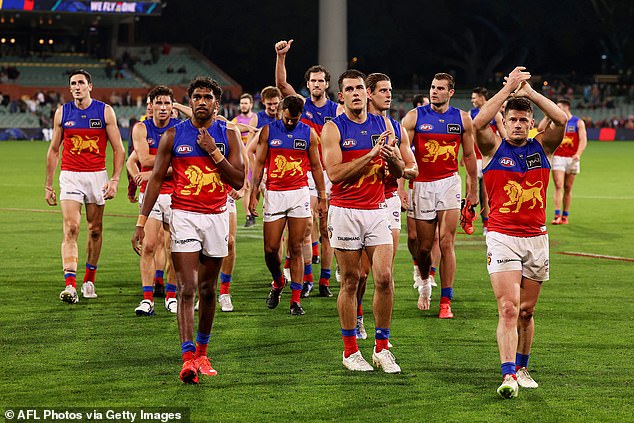 But Adelaide remain in the mire in 14th spot with three wins after being flattened by a powerful Brisbane surge.

The Lions slipped 15 points down when McAdam slotted his third goal in the 23rd minute of the second stanza.

But Brisbane emphatically responded to the challenge: they kicked the next eight goals of the game – and 11 of the next dozen. 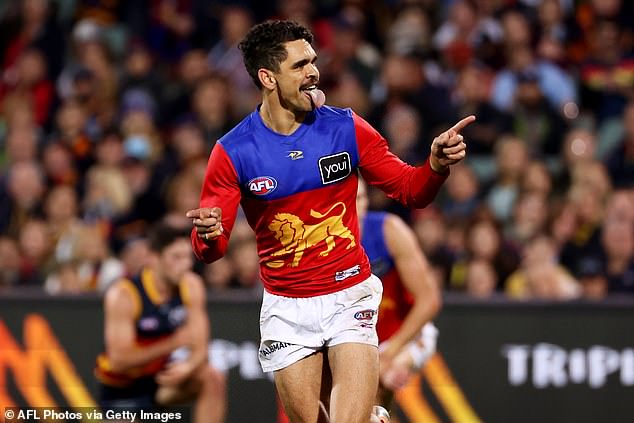 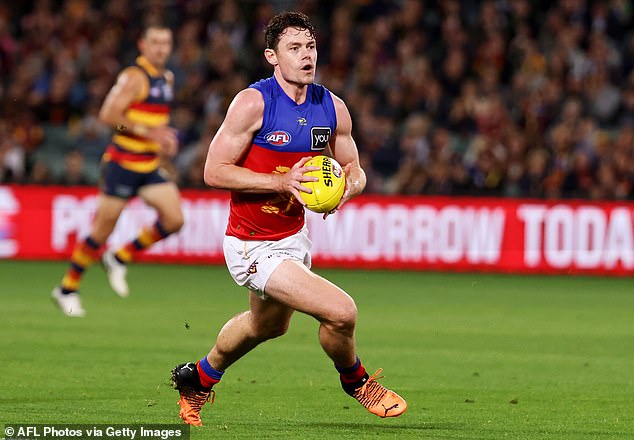 While Lachie Neale finished with 35 disposals, one goal and seven clearances

After Adelaide’s Taylor Walker scored the game’s first major, the Lions went on a run of four consecutive goals including two from ex-Crow Cameron.

Brisbane held a 5.2 to 3.3 quarter-time lead before the tide turned Adelaide’s way in the second term.

The Crows kicked four unanswered goals – two each to McHenry and McAdam – to take a 15 point lead.

McHenry’s first came amid controversy: he snapped a goal after picking up a ball which had clearly gone out of bounds within metres of the boundary umpire, who inexplicably failed to whistle. 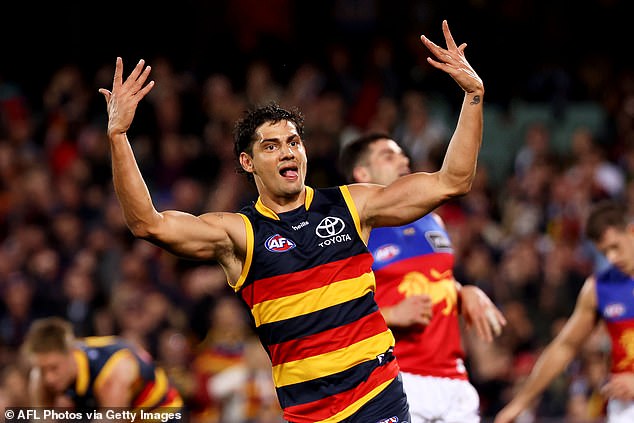 The Crows led by three points at halftime, 7.6 to 7.3, but were overwhelmed by a Brisbane blitz in the third quarter.

In a barnstorming 25 minutes, Brisbane booted six goals to none with Cameron, who left the Crows after the 2017 season, adding two more and missing another set shot.

Brisbane’s burst created a 28-point buffer at three quarter-time and the Lions then cruised to victory in a tame last term by adding three goals goals to one against the flagging Crows, who mustered just two majors in the entire second half.