Julian Nagelsmann has confirmed Bayern Munich are on the verge of completing the signing of Ajax’s Noussair Mazraoui on a free transfer.

The Moroccan right-back, whose contract expires at the end of the season, was previously linked with a move to Barcelona.

But Nagelsmann says the deal to Bayern is ‘on the home stretch’ and Mazraoui is ‘the kind of player we need’.

When asked about the potential deal, he said via Goal: ‘With Mazraoui, we are on the home stretch. There are still final details that need to be clarified.

‘If it works out, then we have a very good player that we’re very happy about. I didn’t feel like we had to do a lot of convincing.

‘The first conversation was that he was extremely on fire, in terms of form, and that he only wanted to play for Bayern. The thing was bagged relatively quickly. Those are the kind of players and conversations we need, players who have that hunger and push other players.’

Mazraoui has scored five times in 34 appearances this campaign and has been influential in helping Ajax win the Eredivisie title. 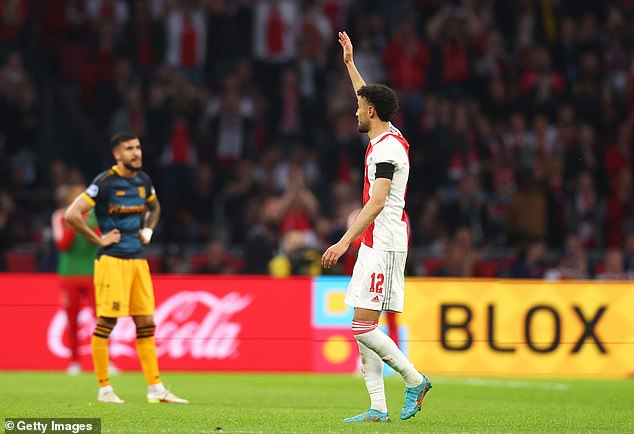 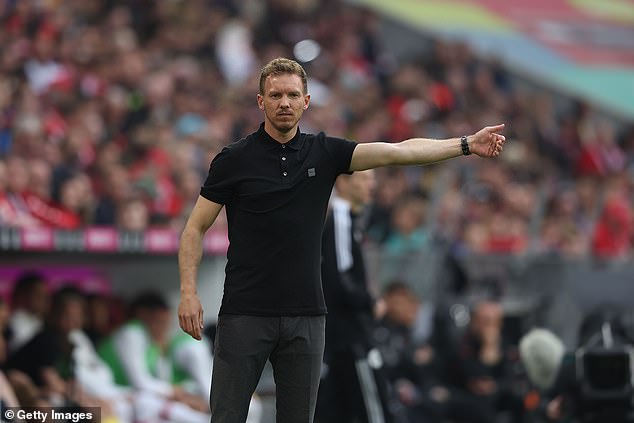 The 24-year-old has been with Dutch side since he was just eight-years-old, and has played 137 times, scoring 10 goals.

Earlier in the week, Bayern chief Hasan Salihamidzic expressed his delight at getting the deal over the line.

Salihamidzic said: ‘He’s a player who has performed really well in recent years. He’s someone who brings something refreshing – We know how tough the right-back market is’

‘He’s the type of player that was wanted by all of Europe. We’re very happy that he decided to go with us in the next few years. There are still a few things to complete. But he’s a player who will help us and strengthen our team.’