Mansfield 2-1 Northampton: Jordan Bowery sets up and scores a goal as the Stags deliver a dominant first half display to put themselves in pole position to make it to Wembley

By Sam Brookes For Mailonline

Mansfield held off a second half comeback to beat Northampton 2-1 at Field Mill on Saturday, giving themselves an edge in their League Two play-off tie.

Rhys Oates latched onto Jordan Bowery’s through ball before slotting his shot through the legs of goalkeeper Jonathan Maxted to open the scoring after 14 minutes. Just after the half hour mark, Bowery got a goal of his own, tapping in from close range to put the hosts in full control at the break.

Northampton hit back after half time, with Ali Koiki halving the deficit in the 61st minute, but it is Mansfield who will have a slender advantage heading into Wednesday’s return leg. 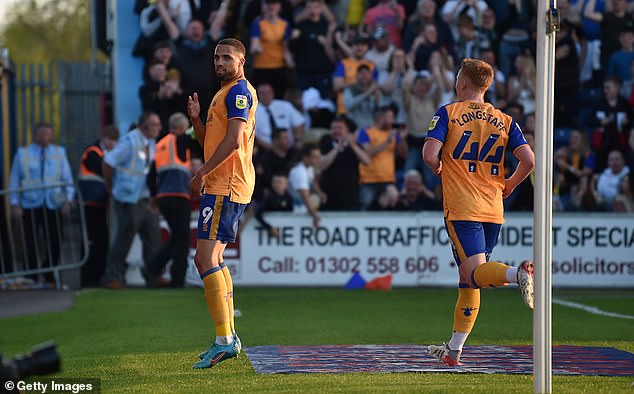