Viliame Kikau scored a stunning try as Penrith thrashed Melbourne 32-6 at Suncorp Stadium on Saturday in a rematch of last year’s preliminary final.

The meeting between the Storm and the Panthers had been billed as the highlight of Magic Round and it was Kikau who provided some wizardry as the reigning premiers took control of the game early in the first half.

With just 10 minutes gone and Penrith already one converted try to the good, Nathan Cleary put up a cross-field kick for Kikau, who gathered soared over Melbourne centre Marion Seve to gather possession and score the Panthers’ second try. 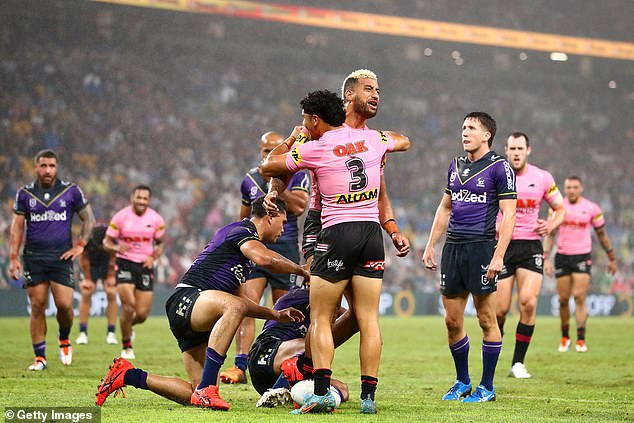 ‘He’s incredible, this bloke,’ Paul Vautin said on on Nine, while Fox League’s commentary duo of Dan Ginnane and Michael Ennis described the Panthers second rower as ‘ridiculous’ and ‘unstoppable’.

The Fijian was also in the thick of the action in the second half, providing an assist for Jarome Luai’s try with a magnificent offload as the Panthers extended their lead to 18 points.

After losing their unbeaten record to Parramatta last week, the clash with Melbourne was expected to provide an even sterner test for the reigning premiers and they passed it with flying colours. 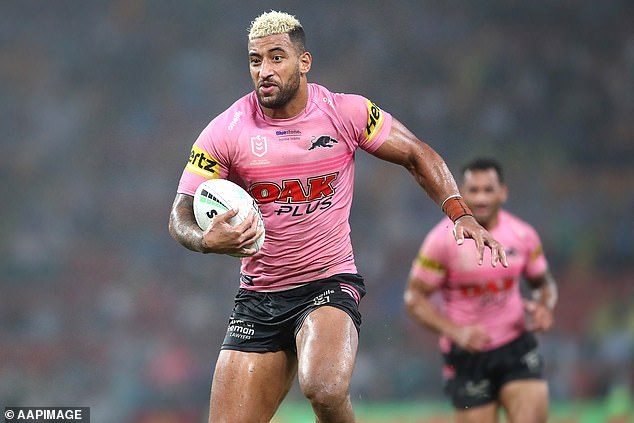 Kikau was at his brilliant best against the Storm, racking up 58 metres over seven runs 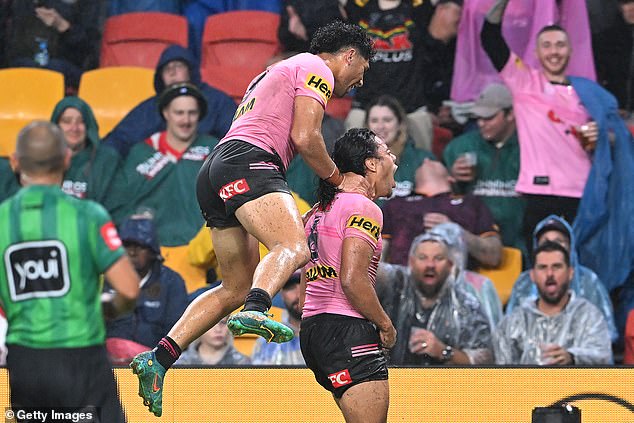 And providing a superb assist for Jarome Luai (right), who scored Penrith’s fourth try (above)

Penrith dominated the Storm, completing 79 percent of their sets to Melbourne’s 66 percent and racking up over twice as many metres as their opponents – 1,976 to 996 – and four line breaks to nil.

The Storm paid a heavy price for the absences of Ryan Papenhuyzen, Jahrome Hughes and Reimis Smith, who were all sidelined with injuries, and slipped back to second on the ladder.