Newcastle are firm favourites to sign Burnley centre back James Tarkowski this summer with West Ham reportedly set to drop their interest.

The Hammers made a bid for the defender back in 2020 and are admirers of the 29-year-old, whose contract at Turf Moor expires this summer.

Yet according to The Mirror, West Ham are unlikely to snap up Tarkowski as they expect him to sign for Newcastle, who can offer him a big rise on his current £50,000-a-week wages. 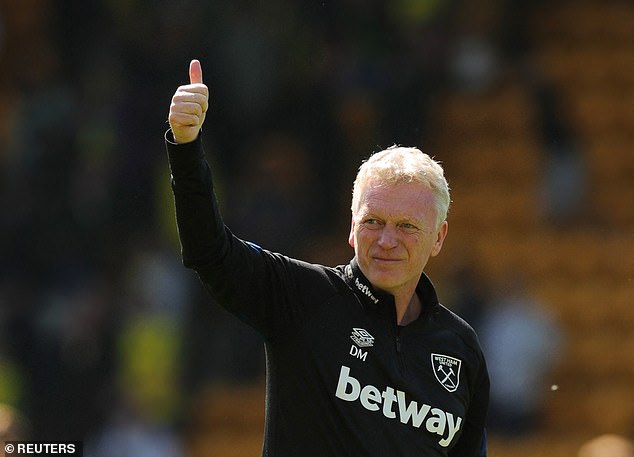 The report details that David Moyes likes Tarkowski but is now considering other options as a result of Newcastle’s willingness to do a deal.

The news comes after Magpies boss Eddie Howe insisted the club can’t spend bucketloads this summer as a result of Financial Fair Play rules, with a squad overhaul ‘not an option.’

Sportsmail reported last month that a transfer budget of £60-80million plus player sales has been mooted within the game.

Howe said: ’With Financial Fair Play, we have restraints and we have things that we have to work within, so we can’t just go out and spend money on players like maybe teams could have done in the past, and totally change their squad within one transfer window. That is not an option for us.

‘The more money you spend in one window, the more it impacts your ability to then spend in windows beyond.

‘The rules are there to govern the game properly and we have to follow suit, so that does impact what we can do this summer.

‘But it doesn’t mean that we’re totally without ambition. We’re well aware that we have to change the squad and we have to make improvements, but it’s going to be a difficult balance.’