Matthew Lloyd ‘would have plowed straight through’ Luke Parker after he appeared to taunt Dylan Shiel and said the lack of retaliation towards the Sydney star symbolised Essendon were now seen as a soft opponent.

The Bombers’ dismal campaign took a fresh turn for the worse at the SCG on Saturday, when they lost to the Swans by 58 points – a gap which could have been far bigger had Sydney been more accurate in front of goal – to remain 16th with just two wins in nine games.

Disappointing as the result was, the manner of the defeat left Lloyd incensed, with the former Essendon great particularly disgruntled by the lack reaction following Parker’s goal in the second quarter.

The Swans midfielder appeared to taunt Shiel after booting a major, repeatedly shrugging his shoulders in front of the Essendon star.

‘I would’ve plowed straight thorough Parker here, got him to the ground and said: “You will never, ever treat me like that again”,’ the three-time Coleman Medal winner said on The Sunday Footy Show.

‘I’d cannon into him. If you don’t give away a free kick, even better […] Dylan Shiel isn’t that type of player to do it, but I would’ve loved for someone else to do it on his behalf.’ 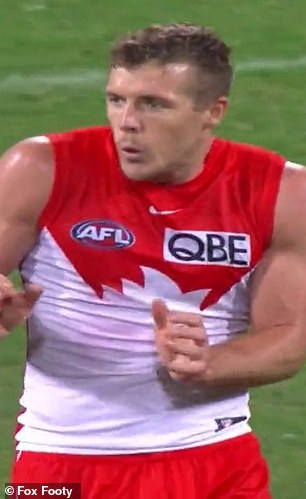 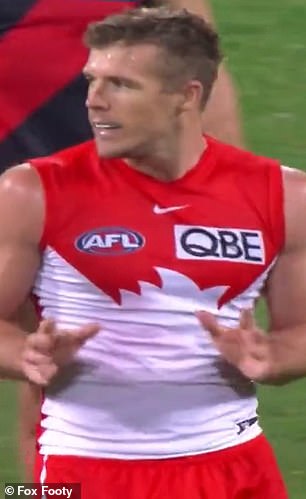 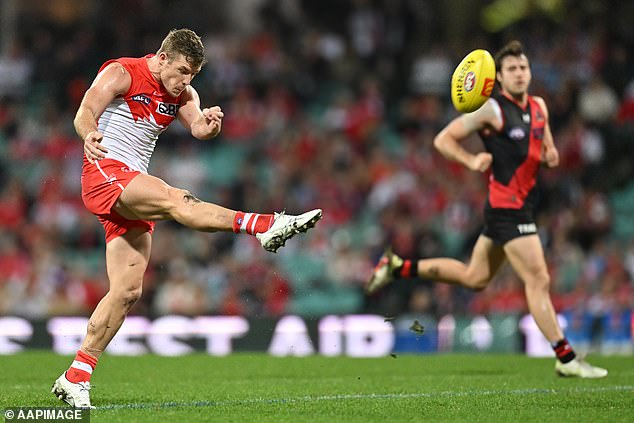 Lloyd, who won the premiership with Essendon in 2000 and was the club’s leading goalscorer for 12 seasons, was involved in the famous ‘Line in the Sand’ game against Hawthorn in 2004, which resulted in a five-minute fracas involving virtually every player on the field.

While the former Essendon forward acknowledged that kind of aggression would no longer be tolerated in today’s footy, he insisted the lack of retaliation towards Parker meant players would continue to take liberties against the Bombers.

‘I think that will be something [Essendon coach] Ben Rutten will show and say this is how you are viewed Dylan and this is how us as a team are being viewed,’ he said.

‘Where’s the nastiness gone? They’re too nice and there’s no ruthless streak whatsoever. I think the side would’ve loved to have seen him [Shiel] bowl him [Parker] over.