‘It’s very possible that this was my LAST game for Bayern’: Robert Lewandowski reveals that he has decided not to sign a new deal with the German champions… as he edges nearer to a sensational switch to LaLiga giants Barcelona

By Sam Brookes For Mailonline

Robert Lewandowski has admitted that he may have played his final game for Bayern Munich.

The 33-year-old started and scored in his side’s 2-2 draw against Wolfsburg on Saturday, taking his tally to 344 goals in 374 appearance for Bayern.

Following the game, he revealed that he had told the German champions he will not be signing a new deal, opening up the possibility that he departs the Allianz Arena this summer. 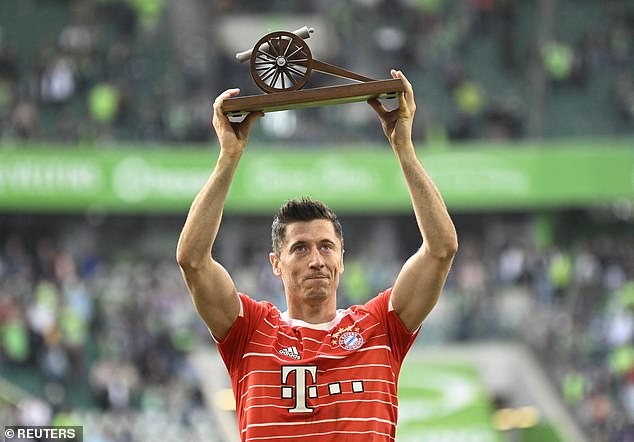 ‘I can confirm that I spoke with Hasan (Salihamidžić) and informed him that my decision had been made and I would not be extending my contract with FC Bayern,’ Lewandowski told reporters.

‘It’s very possible that this was my last game for Bayern. I cannot say that at 100%, but it may have been [my last game].

‘We want to find the best solution for me and for the club’.

Lewandowski waved to the travelling fans after the draw at Wolfsburg, seemingly offering a further sign that his time at Bayern has come to an end. 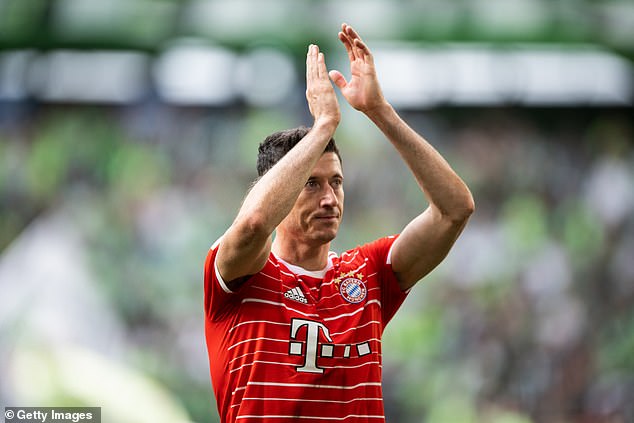 Lewandowski clapped the travelling fans after the entertaining draw 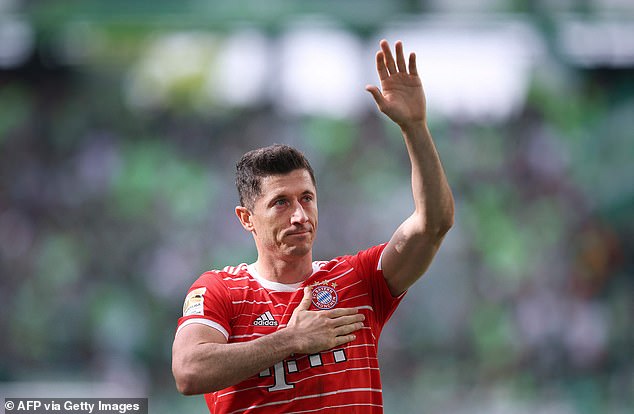 He also waved at the crowd, indicating that he may be on his way out of Bayern this summer

His contract is set to expire next year, and he has been heavily linked with a move to Barcelona.

The Times reported on Saturday that he has agreed to join the the Catalan giants on a three-year deal when the transfer window re-opens.

It is understood that a deal could be reached if Barcelona are willing to pay in the region of £25million to £35m for his services.

If Lewandowski does move on from Bayern in the coming weeks, he will leave as one of the most decorated players in the club’s history.

The Polish forward has won eight league titles and the Champions League during his eight-year stay, while only Gerd Muller has scored more Bundesliga goals for the Bavarian outfit.