Dustin Martin keeps getting connected to a move to Sydney – but Richmond’s president is adamant he’ll never play anywhere other than Punt Road after he swore to her he’d retire a one-club man.

Peggy O’Neal admitted getting away from the AFL ‘fishbowl’ that is Melbourne would be a powerful drawcard for the 31-year-old, but insisted he gave her an iron-clad guarantee Richmond is the be all and end all for him as a player.

‘We have him for two more years and I haven’t heard a word about that [Martin going to either the Swans or GWS],’ she told 3AW.

‘Not that long ago he said to me, “I will never be in anything but yellow and black”, so I will hold him to that. 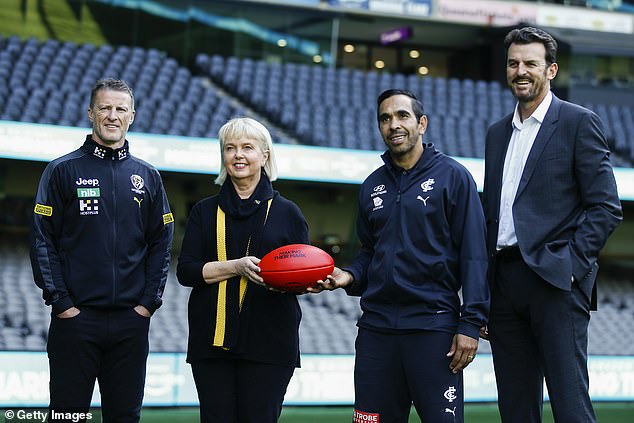 ‘People change their minds but he has done so much for the club. For the next two years I am certain we will continue to see Dustin play for the Tigers.’

On Sunday the Herald Sun reported the Swans have started covert talks with Martin’s manager, Ralph Carr, who has previously stated his client ‘loves Sydney’.

‘Talks are preliminary at this stage as there are lots of moving parts but there’s little doubt Dusty wants to live in Sydney,’ a source in Martin’s camp told the publication.

Speculation he could make the switch to the Harbour City is being driven by several factors.

Martin lived in the city’s west with his father Shane as a youngster, and spent a few weeks in Sydney during his break from the club and trained with ex-NRL enforcer turned boxer Paul Gallen.

Tony Lockett, Barry Hall and Buddy Franklin all benefited from a switch north to escape the intense scrutiny of being a footy star in Melbourne, and the Tigers champ is certainly no lover of the limelight. 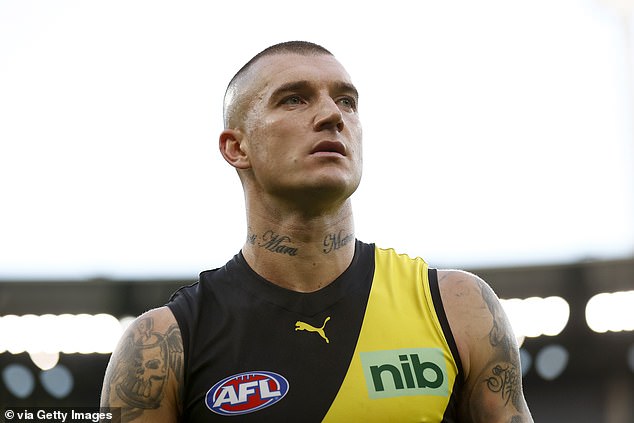 Martin has ties to Sydney, having lived there with father Shane as a youngster and spent plenty of time in the city during his layoff from footy earlier this season 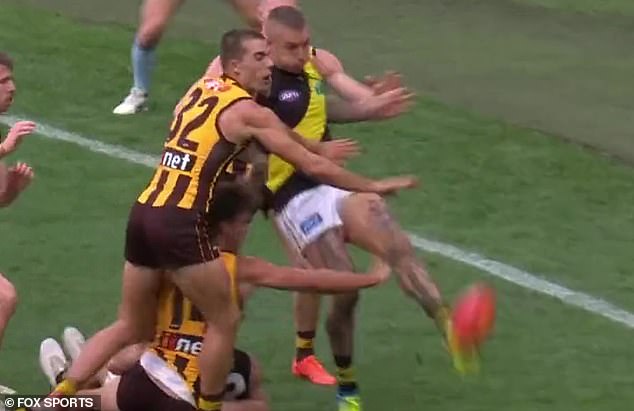 On top of that, recent statistics that show the AFL is losing the battle to establish a foothold in the battleground of western Sydney could mean the league would be keen to get a bona fide champion like Martin to GWS to give numbers a lift.

Lance Franklin’s nine-year, $10million contract with the Swans expires at season’s end and the Richmond gun would bring the same superstar aura to the club.

The three-time premiership winner has been great in his two games back for the club since returning from indefinite leave he took to grieve after the sudden death of his father Shane last December.

He kicked a goal of the year contender against Hawthorn on Saturday and notched two more majors to go with his 20 possessions.