Trent Barrett was so devastated after the Bulldogs lost to Newcastle in Magic Round that he broke down in tears after the game and abandoned the team review session afterward.

The 44-year-old resigned from his job as Canterbury coach last Monday, after a dismal start to the season had increased speculation over his future and the actual role of Bulldogs football supremo Phil Gould.

According to the Sydney Morning Herald, Barrett and his agent Wayne Beavis met Gould and Bulldogs recruitment manager Peter Sharp for dinner before the game against the Knights.

Barrett was allegedly reassured his job wasn’t in immediate danger and that he would get support from Gould and captain Josh Jackson at a board meeting the following Monday.

A similar board meeting had taken place following the losses to the Broncos and the Raiders earlier this season, where the coach’s future was discussed.

Barrett’s position first came under scrutiny last month, when Gould delivered a much-publicised spray to the players and took charge of a training session, apparently with the former’s blessing.

The Bulldogs shocked the Roosters just days later to pull off a major upset win, which turned out to be Barrett’s last in his role. 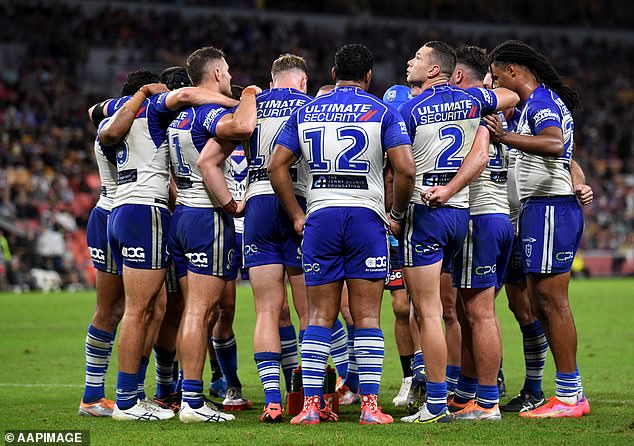 The loss to the Knights was the 29th of his tenure in 34 games since he took charge at Belmore at the beginning of last season and reportedly left him distraught.

Barrett was said to be in tears after the game and reportedly abandoned the team review, before news broke on Sunday that the Bulldogs were losing faith in the former New South Wales five-eight.

On Monday, Gould insisted he was not going to fire Barrett and that his departure came as a shock, despite reports in the Sydney Morning Herald he had been informed of the resignation the previous day by Beavis. 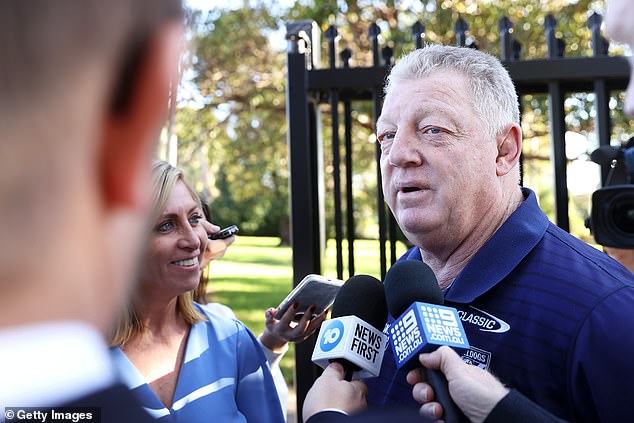 ‘It was Trent’s decision. I certainly wasn’t going to sack him. It’s sad it’s come to this,’ he told reporters.

‘I think the performances and pressure, he got the feeling he didn’t have the solutions for what was going wrong.’

Speaking to Nine 100% Footy show on Monday night, the Canterbury supremo said he was still in the dark as to whom may replace Barrett. 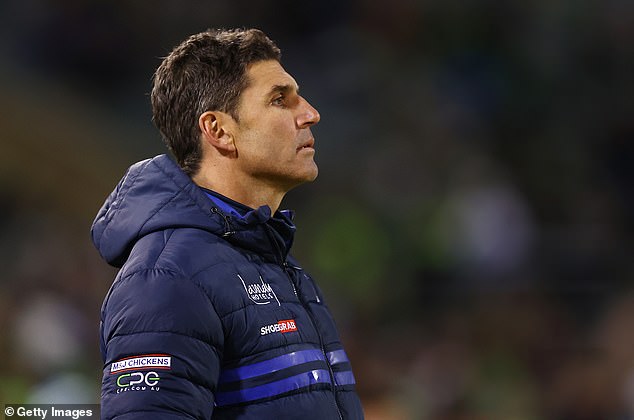 ‘My thought at the moment is that we put in an interim coach until the end of the season,’ he said.

‘I don’t have anyone in mind. […] I think it’s a job for an experienced man. It’s not an easy situation.’

Earlier this month, Gould had told the same show that  Barrett ‘will be the coach of the Bulldogs long after I’m gone’.