By James Cohen For Mailonline

Mbappe announced his contract extension with PSG prior to their game against Metz last night, after weeks and months of speculation surrounding the World Cup winner’s future.

With many expecting the 23-year-old to sign with Real Madrid, it seems that Mbappe’s decision has not gone down well with some – including his international teammate Benzema. 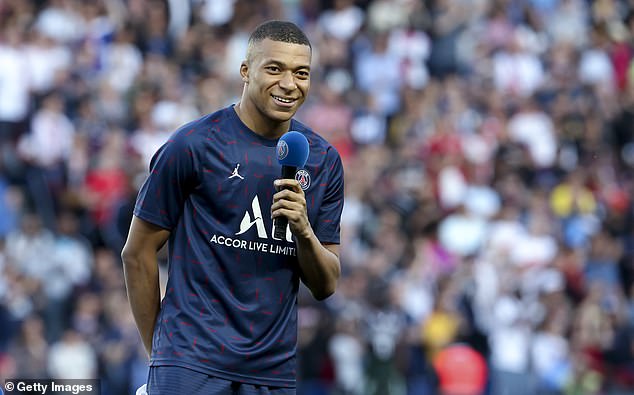 Benzema’s France teammate, Mbappe, announced he will be staying at PSG until 2025

As news broke that Mbappe had pledged his future to PSG and that he would not be joining Los Blancos, Benzema posted a telling image onto his Instagram story that seemed to reference the situation.

The France forward shared a picture of his own hand, bandaged up, pointing upwards towards the Real Madrid logo – with Madristas believing that it was clear message to his compatriot.

Shortly after, Benzema uploaded another photo that seemed to reference the transfer news. This time it was a picture of rapper Tupac Shakur shaking hands with actor Stephen Baldwin.

However, social media users were quick to point out that the man in the background of the image is the one of interest – as he supposedly betrayed the late rapper and had a role in Shakur’s death.

Madrid fans were quick to assume that Benzema is suggesting he feels betrayed by Mbappe’s late decision – as for weeks it was presumed they would play together in Spain. 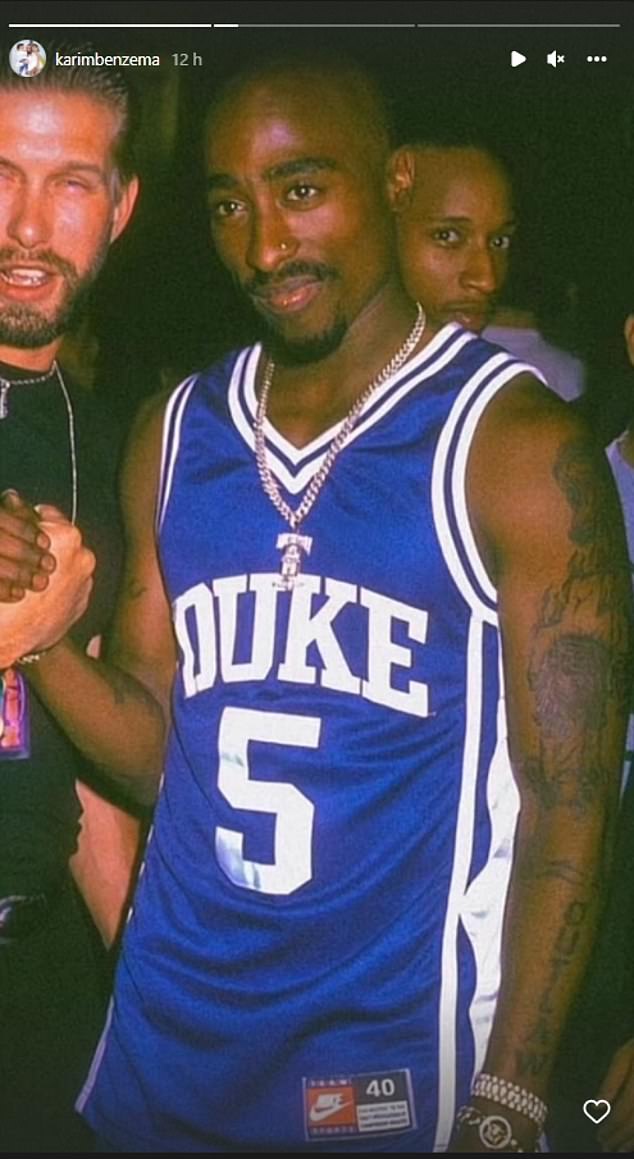 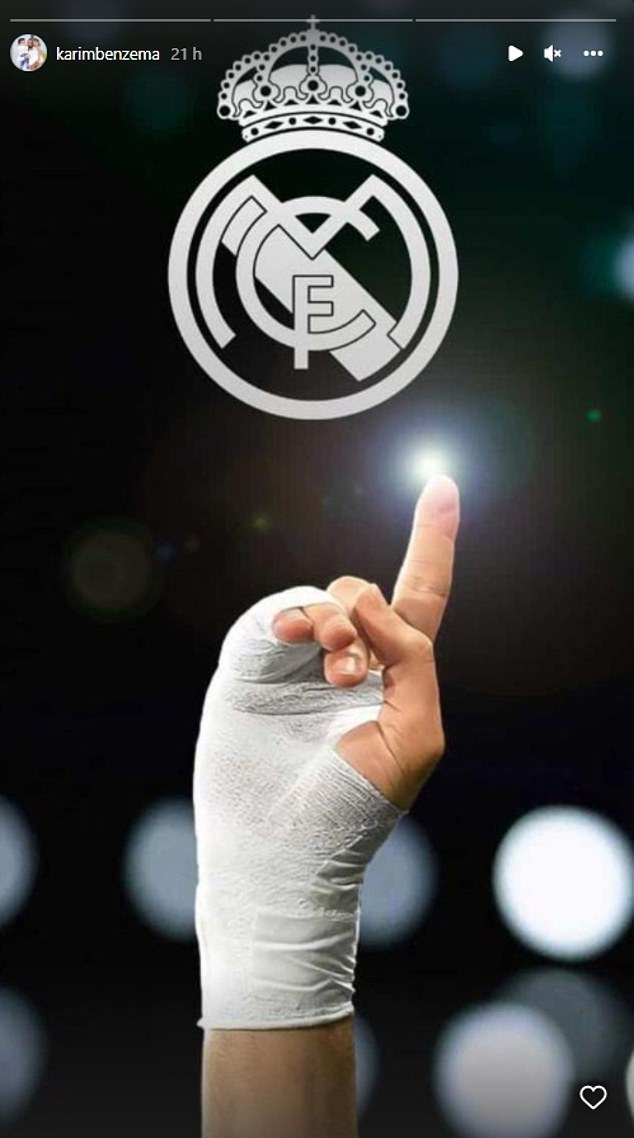 The first picture Benzema shared, of his own hand pointing upwards towards the Madrid logo

Mbappe’s international teammate wasn’t the only Madrid player to post on social media once the news broke.

Rodrygo Goes, who Mbappe would’ve likely replaced in the Real starting line-up, shared an image of himself kissing the badge and looking up to the fans in the crowd.

Meanwhile Vinicius Jr took the opportunity to thank fans for their support across the season and signed it off by saying ‘Ahora… #APorLa14’ – a reference to their pursuit of a 14th Champions League title. 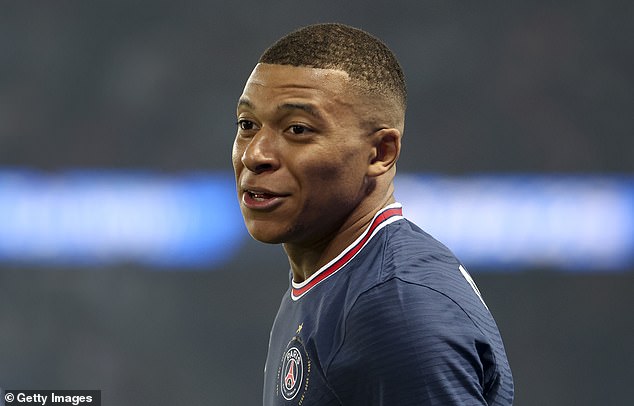