Bournemouth 5-0 MK Dons: Scott Parker enjoys lift-off as Cherries manager with emphatic victory in opening round of the EFL Cup as David Brooks gets on scoresheet twice

By Alex Crook For Mailonline

Scott Parker got his reign as Bournemouth manager off to the perfect start as the Cherries thumped MK Dons 5-0 to progress into the second round of the EFL Cup.

Bournemouth dominated possession in the first half but it was MK Dons who had the first meaningful effort on goal when debutant Scott Twine’s volley was easily kept out by Mark Travers. 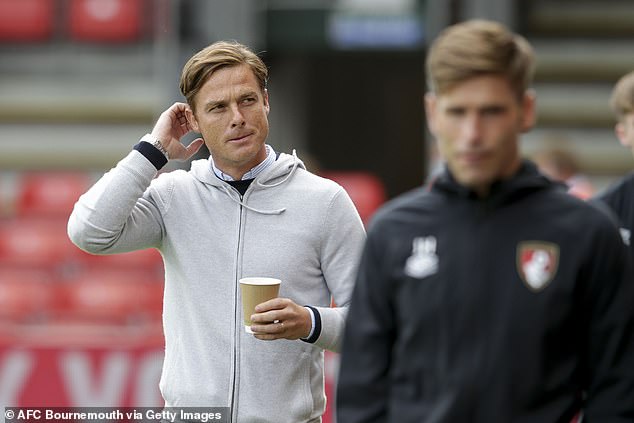 Brooks should have opened the scoring on the half-hour mark as Philip Billing rounded off a fine team move by cutting the ball back for the Welsh international who blazed over from seven yards.

Winger Brooks passed up another presentable opportunity four minutes later when he fired tamely into the arms of Franco Ravizzoli after Emiliano Marcondes had played him through.

Brooks finally found his shooting boots nine minutes before half-time, cushioning a volley delicately beyond Ravizzoli after being picked out by Republic of Ireland under-21 international Gavin Kilkenny.

Travers was called into action again two minutes before half-time when he pushed Tennai Watson’s low angled drive behind for a corner. 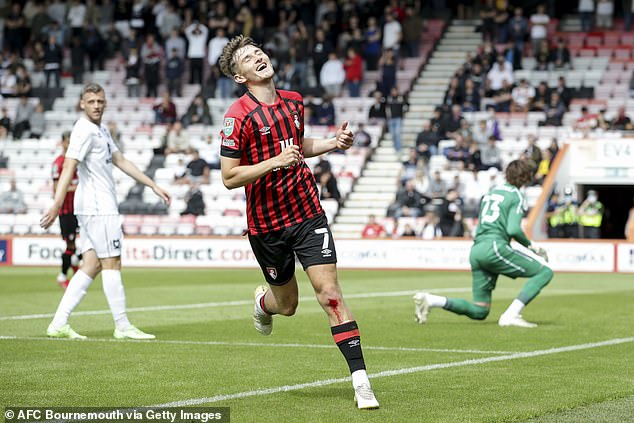 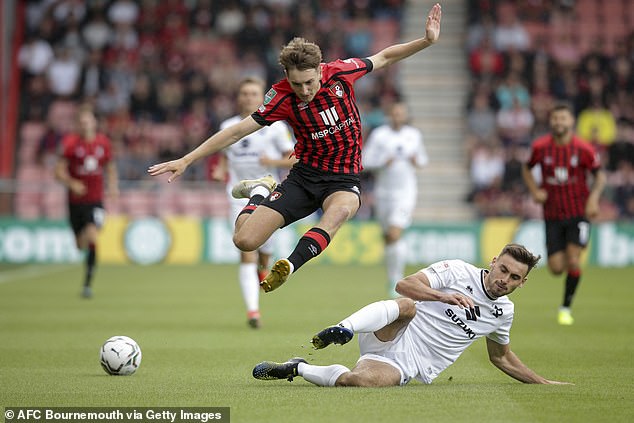 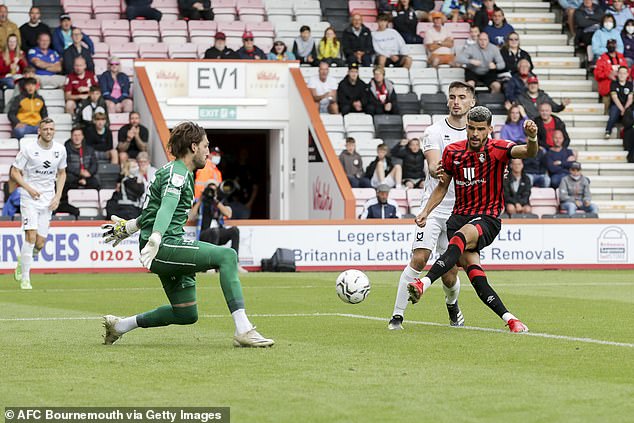 Solanke doubled the Cherries’ lead two minutes into the second half, swiveling neatly in the edge of the six-yard box before rifling home from Adam Smith’s cross.

It was all over 17 minutes from time when Billing seized on Ravizolli’s poor clearance to make it 3-0.

Brooks rounded off a superb afternoon for Parker by claiming his second and Bournemouth’s fifth with an unerring finish into the corner from an acute angle.

It was not the way Swansea target Russell Martin would have wanted his MK Dons reign to end if it does prove to be his last game.