James Milner was catching his breath after a frantic afternoon when Jurgen Klopp suddenly loomed on to his shoulder, unable to resist the opportunity for mischief.

‘He loves the position, whatever he says!’ Klopp offered with a telling smile.

Milner, hands on his hips, turned around in an attempt to get the final word but it was too late. His manager had already breezed away to see to other business, leaving his vice-captain momentarily tongue-tied.

Some, perhaps, would have expected Milner to be tied up in knots at the beginning of the preceding 90 minutes. He may be able to slot into any role at any given time but there are certainly more straightforward assignments than trying to keep Wilfried Zaha under wraps.

Crystal Palace look good under the guidance of new manager Patrick Vieira and the 3-0 scoreline did not reflect how many questions they asked of Liverpool, with the excellent Conor Gallagher to the fore.

This was a day when Klopp needed a faultless performance from his goalkeeper Alisson.

‘Three-nil is quite difficult and undeserved considering the number of chances we created,’ said Vieira, whose team were beaten by strikes from Sadio Mane, Mo Salah and Naby Keita.

‘I believe we played some really good football. But the frustration was to concede those three goals on set-pieces.’

It was also a day, though, when Klopp got one of those relentless displays from Milner, who had been asked to fill in at right back with Trent Alexander-Arnold feeling unwell.

The 35-year-old was one of six changes to the side that had beaten AC Milan and he helped preserve order.

‘Cheers, Trent!’ said Milner. ‘Zaha is one of the trickiest customers in the Premier League. He’s strong, he’s quick, he’s unpredictable. There were moments when I wasn’t as sharp as I can be. But that’s why I’m here. If something is needed, try and do what you can.’ 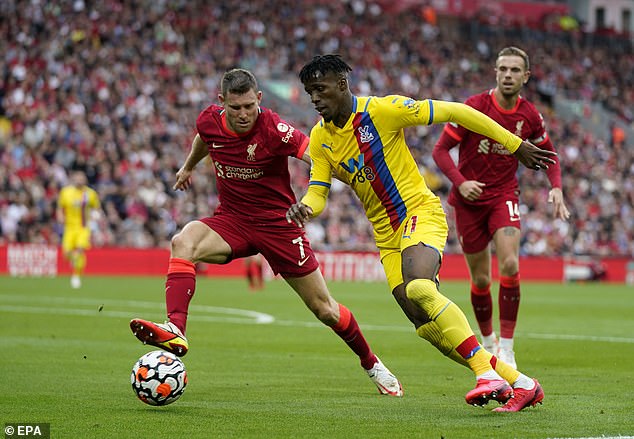 The reality is something different. His importance around the club is colossal and he has made himself the best free transfer in Liverpool’s history.

‘Milly did an incredible job,’ Klopp would later say. ‘I’m pretty sure he enjoyed that.’

It was Brendan Rodgers who identified the value in signing Milner when his contract at Manchester City expired in 2015.

He has now been on Merseyside longer than he was in Leeds or Birmingham, Manchester or Newcastle, and there is no sign of him slowing down. In a campaign in which Klopp has made it clear he will chop and change, his influence will be critical.

‘We all think Virgil (van Dijk) is Superman and he is, 99 times out of 100,’ said Milner. ‘But the injury that he has come back from… To do what he has done has been incredible. But he needs looking after as well, no matter how angry he gets at being left out of the team. He is going to need looking after and that is rotation.’ 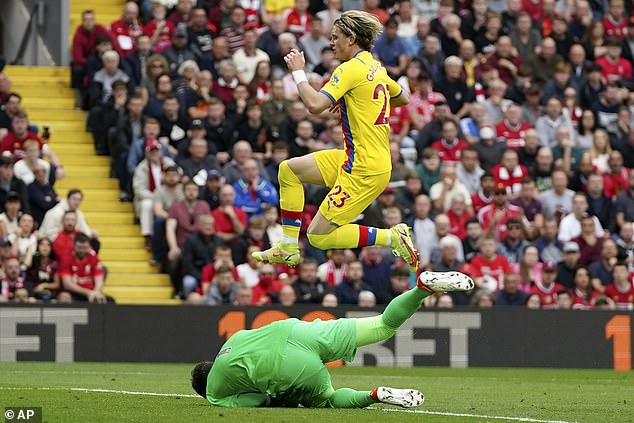