The relegation we suffered at Southampton in 2005 will always stick with me. The lack of confidence in the dressing room, the acceptance of defeats.

It springs to mind when looking at the Premier League table, with Norwich City losing their opening five matches.

We won only one of our first 12 games that year and it can overwhelm the group. It certainly did with us. We expected to get beaten. When that dressing room is silent, that is when you know you are bang in trouble. 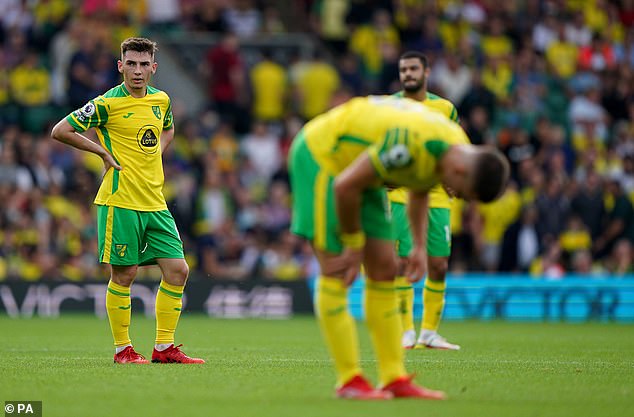 It springs to mind when looking at the Premier League table, with Norwich City losing their opening five matches – at Southampton we won only one of our first 12 games that year

If there is an acceptance of losing, nobody is pulling anybody or showing anger to rectify the situation, you have yourselves a team going down.

Even when we led games by the odd goal, I just knew the opposition were always going to get one. And they nearly always did. It is such a deflating mentality and getting out of that funk is almost impossible.

Hopefully it has not crept in at Carrow Road. Either way, Daniel Farke has a huge challenge on his hands in the coming weeks.

At Southampton, the deflation and lack of confidence consumed us all. One player turned to the manager at half-time and just said that he had gone. He was having a torrid time and was mentally done. He asked to come off, his confidence shot to pieces. The manager kept him on and he had a nightmare. We lost. 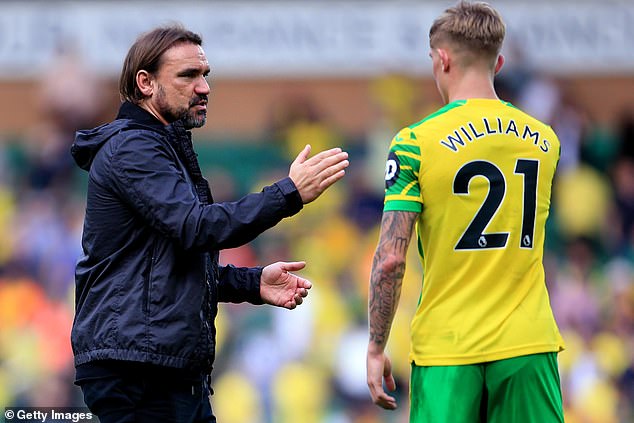 Then there were games where we went in winning at half-time. Buoyant, right? Wrong. We came out afterwards wooden, nervous, jittery. We would sit back and try not to concede. Then you do concede and it became a matter of time before the inevitable. Here we go again.

A similar thing happened at Stoke when we went down in 2018. You dominate games, fail to score when on top, and when it is their period in the game that nagging feeling of woe emerges.

All these aspects can scramble minds and it was probably fogging mine going into stoppage time of a match against Everton at St Mary’s in February 2005. We were 2-1 up and had won only one of our last 12 games. I’d scored already, was having a good game, and went past two players in the last minute.

I looked up and tried a 30-yarder. Not something I would ordinarily do. What I should have done was head for the corner and buy a bit of time to preserve the points. 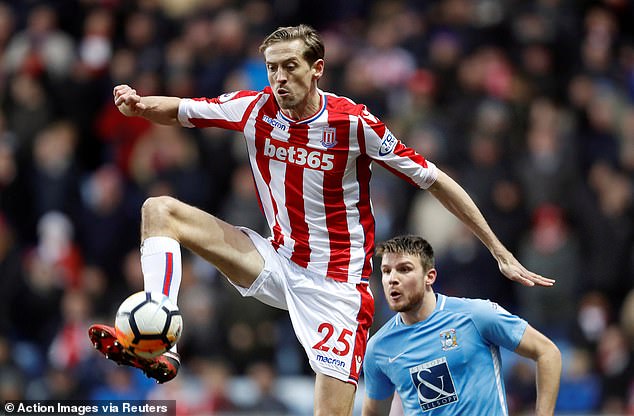 As soon as that shot left my foot, I knew. When Nigel Martyn gathered it in Everton’s goal, I knew. Up it went to Marcus Bent downfield. Bent scored. Two-all. Jamie Redknapp was absolutely fuming afterwards. ‘What on earth are you trying to do there?’ Yeah, sorry about that.

The anger and needle is what teams need down the bottom. There were a few inquests in the dressing room and that is what is required when times are tough.

With the manager, you want him to remain composed in front of the cameras but behind closed doors not let people shirk responsibility or simply perform badly. He has to dig them out.

There is also room for getting a bit nasty with your opponents. Norwich, for example, have attacked teams in the past when you just should not. I have experience of being in horrible, niggly sides at Stoke City and later in my career, Burnley.

We would go to Manchester City, Arsenal and others to get results by going at it a bit ugly. People applaud nice football, we see it all the time with the top managers. They always compliment teams for playing the right way because they have just beaten them 4-0. 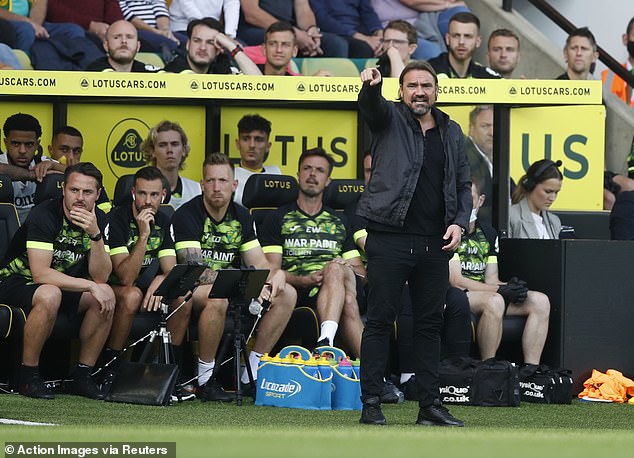 Nobody is complimenting Sean Dyche on his style at Burnley because he has given them a really difficult afternoon and they don’t like it. I used to love the ugly stuff, especially after coming from free-flowing football teams like Tottenham, Liverpool and even Portsmouth. It was different.

With Stoke, we went far more pragmatically and it used to make me laugh when we would turn up and see a few in the opposition glance over and visibly shrink. You can actually see it. Then the first 10 minutes we would make it as nasty as possible for them.

World-class players are wilting in front of your eyes. They wore those ”I just do not want to be here,” looks.

Better them wearing those expressions than you.

Nobody compares to Greavsie the great

I am part of the generation who will remember Jimmy Greaves for his charisma on television. That is how I knew him. Tuning into Saint and Greavsie every single Saturday as a kid was an absolute must. I loved it, the show was exactly what I am about.

A relaxed football show, good fun with great characters. There are a few programmes of a similar ilk now — Football Focus is a little bit more light-hearted, there is Soccer AM. This was ahead of its time though, two proper legends of the game that both talked in such depth and also made it accessible to younger viewers like me.

We would meet and exchange hellos when I was playing at Tottenham and you were in complete awe of his goalscoring exploits. Jimmy was always about at White Hart Lane. His numbers at the club — and everywhere else he went — were incredible. 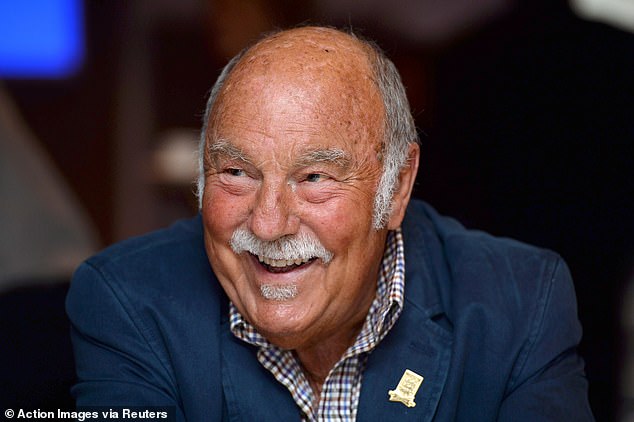 It was the same with England. My international record was decent and when that starts developing, you are making sure to look at how it compares to those who have gone before you. Of course you are.

I always remember becoming aware of Jimmy’s. You knew he was good from watching videos as a child, but this was out of this world — basically three goals every four games.

A phenomenal striker and that is when I truly realised just how exceptional he was, when I was studying the scoring charts to make a few comparisons! 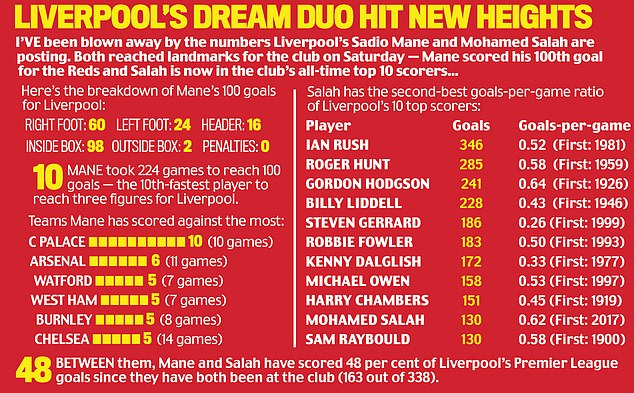 It was great to be back among a big festival crowd at the Isle of Wight over the weekend. We bumped into Liam Gallagher, whose face was a sight after falling out of his helicopter. Sam Fender too. He’s a good lad, a huge Newcastle supporter.

My wife Abbey’s brother is the lead singer and guitarist of pop-rock band Lona. They opened the main stage on Friday and John came on like he owned the place. He bounced out as if he was headlining. Exactly what you want from a frontman. 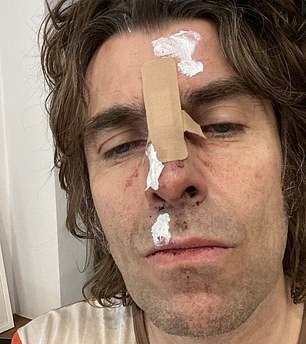 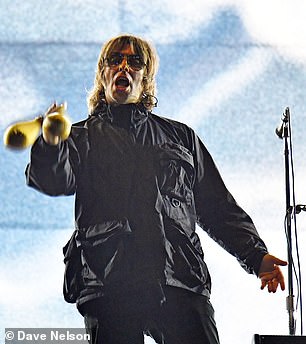