Kelechi Iheanacho is left STRANDED at Warsaw airport after a documentation issue saw him blocked from entering Poland, forcing him out of Leicester’s Europa League clash with Legia Warsaw

Kelechi Iheanacho was left stranded at Warsaw airport on Wednesday after a documentation issue saw him blocked from entering Poland with Leicester.

The Nigeria international was expected to return to the United Kingdom as soon as transport could be arranged. The squad had arrived at about 3.30pm local time at Chopin Airport for Thursday’s Europa League meeting with Legia Warsaw.

Leicester boss Brendan Rodgers confirmed Iheanacho, 24, would have started the game, meaning he will have to revise his plans for the Group C encounter. A club official is likely to accompany Iheanacho back to Leicester.

‘We’ve had an issue with Kelechi – his documentation coming into the country wouldn’t suffice,’ said Rodgers.

‘Unfortunately he’s not available to play which is a shame because he would have played. The paperwork didn’t allow him to enter the country, which is unfortunate. We’ll have to look at that when we get back.’

Having never experienced a problem of this nature before, Leicester are expected to review their processes to ensure it does not occur again. They face Spartak Moscow in Russia later this month before travelling to Italy in December to take on Napoli.

Iheanacho scored twice for Nigeria in their World Cup qualifier against Liberia earlier this month but then did not play in their next match against Cape Verde Islands, which is on the United Kingdom’s red list. The forward’s documentation problem is not thought to be related to Covid-19.

His absence means either summer signing Patson Daka or Jamie Vardy will start in attack, with Daka more likely as Rodgers is keen to keep Vardy fresh where he can. 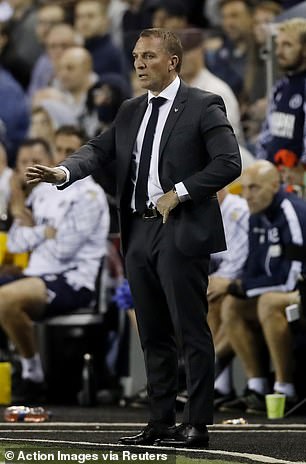 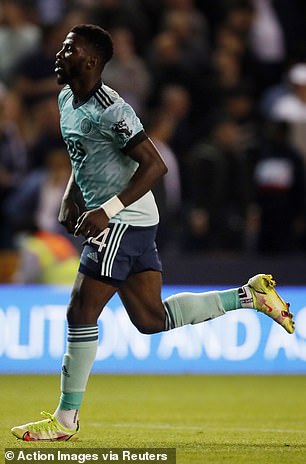 Harvey Barnes is expected to keep his place in the line-up as he attempts to recapture the form he showed last season before a knee injury ruled him out of both Leicester’s FA Cup final win over Chelsea, and Euro 2020.

‘Last year I had a little taste of (playing for England) and it’s amazing to be a part of it,’ said Barnes, who won his only cap against Wales a year ago.

‘That makes me want those opportunities even more. It’s of course disappointing (to miss Euro 2020) with the injury and the most frustrating part was not knowing whether I’d have got the opportunity.

‘I’m fit now and it’s up to myself to get that form back, scoring goals and get to the top of my form, to give myself the best chance of being involved again.’ 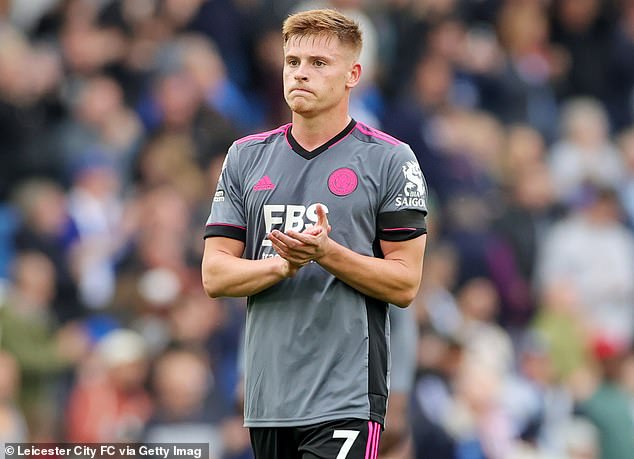