Manchester City are trying to persuade the EFL to let clubs make five substitutions in this season’s Carabao Cup.

Sportsmail understands that the Premier League champions — and Carabao Cup holders — have lobbied the rest of the sides still in the competition and contacted the EFL to make the request.

The move, which sources believe has little chance of success, is thought to have been triggered by City manager Pep Guardiola.

The Catalan is known to take the competition seriously, with City winning the trophy a record-equalling eight times, including the last four in a row on his watch.

Last year, the EFL agreed to increase the number of substitutes permitted for the semi-finals and final.

However, insiders say that a repeat this time around is unlikely. There is a belief that those who have been knocked out would be angered should the rules now be changed. 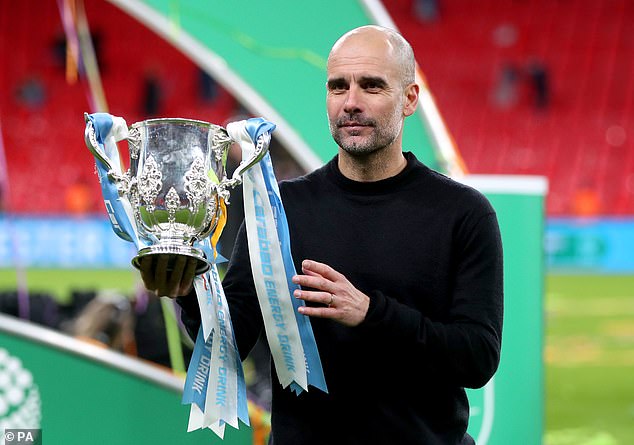 City’s plan has received support from some other clubs who have navigated a path to the last 16.

There is, however, scepticism elsewhere, especially among those whose managers do not have squads of comparable depth at their disposal.

Indeed, some believe that making the change would give those in the top flight an unfair advantage over clubs lower down the pecking order. 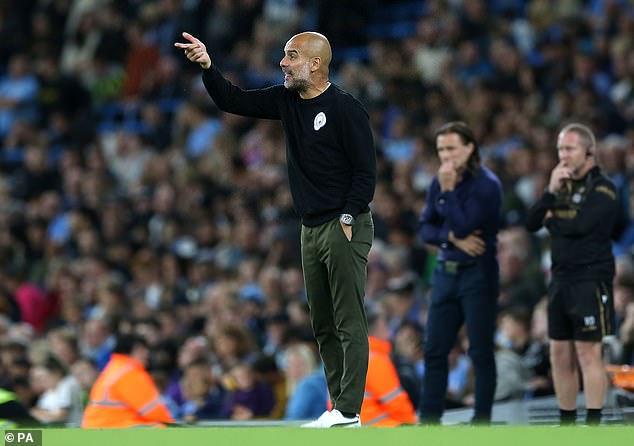 However, insiders say that the reigning champions have ‘little’ chance of changing the rules