Fiorentina have attached a £77million price tag to Dusan Vlahovic after Juventus, Tottenham, Arsenal and Manchester City registered an interest in signing him.

Sportsmail previously revealed how Fiorentina president Rocco Commisso had tried to tie Vlahovic down to a new long-term deal worth £35m to ward off his suitors.

However, the start striker decided not to extend his stay beyond 2023 – causing Commisso to reportedly up the club’s asking price.

He subsequently attracted interest from a host of clubs across Europe – including Juventus, Tottenham, Arsenal and Manchester City.

However, according to La Gazzetta dello Sport, these European giants will have to fork out £77m for his services.

The decision to attach such a hefty price tag to Vlahovic came after the striker turned down Fiorentina’s new long-term deal worth £35m. 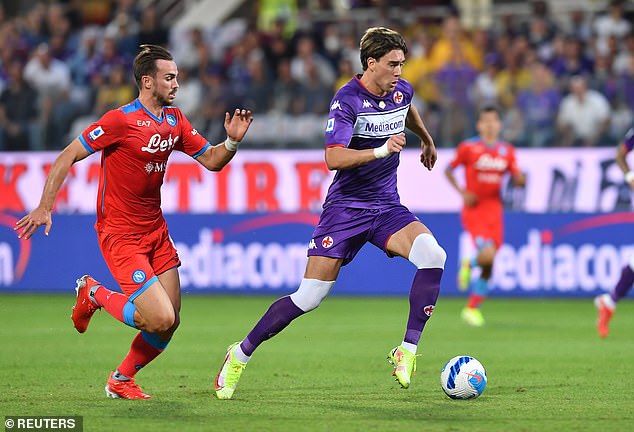 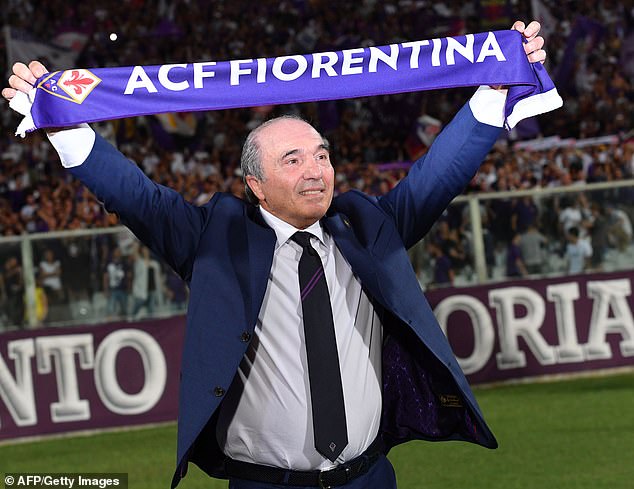 As a result, Fiorentina president Rocco Commisso has upped their asking price to £77million

Speaking about Vlahovic’s decision to turn down the deal, Commisso said: ‘When I arrived in Florence, I promised the fans that I would be up front with them and that I would never make promises that I couldn’t keep.

I would therefore like to update the Fiorentina fans on an issue that has been much talked and spoken about in recent months – the question of Dusan Vlahovic’s contract.

‘We also improved our offer on a number of occasions in order to accommodate the requests of both Dusan and his entourage. However, despite our efforts, those offers have not been accepted.

‘During my time in Florence over the past few weeks, I have personally endeavoured to find a solution that would make both the player and the club happy, but I am disappointed to say that our efforts and attempts have not been rewarded. 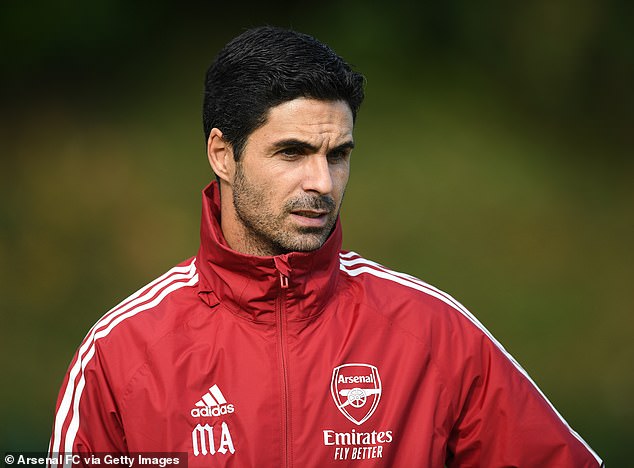 Arsenal, Juventus, Tottenham and Manchester City registered an interest in signing him

‘At this point, all that we can do is acknowledge the wishes of the player and his entourage and quickly identify feasible, appropriate solutions as we proceed with this exciting new season.

‘In any case, Dusan Vlahovic has a contract linking him to Fiorentina for the next 21 months. We have no doubt that the player will – as he always has – do his bit to help the team achieve its objectives, showing the same level of professionalism he has shown since he arrived in Florence, with the utmost respect from our fans, his team-mates, the coach and the club as a whole.’