By David Averre For Mailonline

A 6.1 magnitude earthquake has hit the Japanese capital of Tokyo.

Buildings swayed, traffic came to a standstill and residents were told to ‘take action to protect your lives’ as violent tremors rattled the city at about 10.40pm local time (1.41pm GMT).

But officials have reported no tsunami danger from the quake which was centred in Chiba prefecture, just east of Tokyo, at a depth of 48 miles.

Japan’s public broadcaster NHK said the quake registered a tremor of ‘5 plus’ on Japan’s own ‘shindo’ scale of quake intensity, jolting Tokyo and surrounding areas late on Thursday evening.

The strength of the quake could cause considerable damage to buildings and power cuts, and residents received an emergency warning to their phones advising them to take shelter.

Several bullet train lines were halted due to the quake, the broadcaster said, while Otsubo Bridge in Ichihara City in Chiba was closed after the tremors caused a water pipe to rupture.

‘JMA shows epicentre on east side of Tokyo Bay, in Chiba. Magnitude 6.1 with Shindo 5+ shaking in the heart of the city.’

NHK TV showed a sign hanging from the ceiling in its office swaying violently, and said that the ‘Shinkansen’ super express trains in and out of Tokyo were temporarily halted as power lines shook from the tremors.

Video taken in the busy downtown districts of Shibuya and Shinjuku showed cars moving and people walking on the streets as usual, experiencing only minor tremors.

The quake has caused buildings to sway and a disruption of services but there are no immediate reports of damage or injuries.

Japan sits on the Pacific ‘Ring of Fire’, an arc of intense seismic activity that stretches through Southeast Asia and across the Pacific basin.

The country is regularly hit by quakes, and has strict construction regulations intended to ensure buildings can withstand strong tremors.

But it remains haunted by the memory of the March 11, 2011 undersea quake that triggered a deadly tsunami and unleashed the Fukushima nuclear accident. 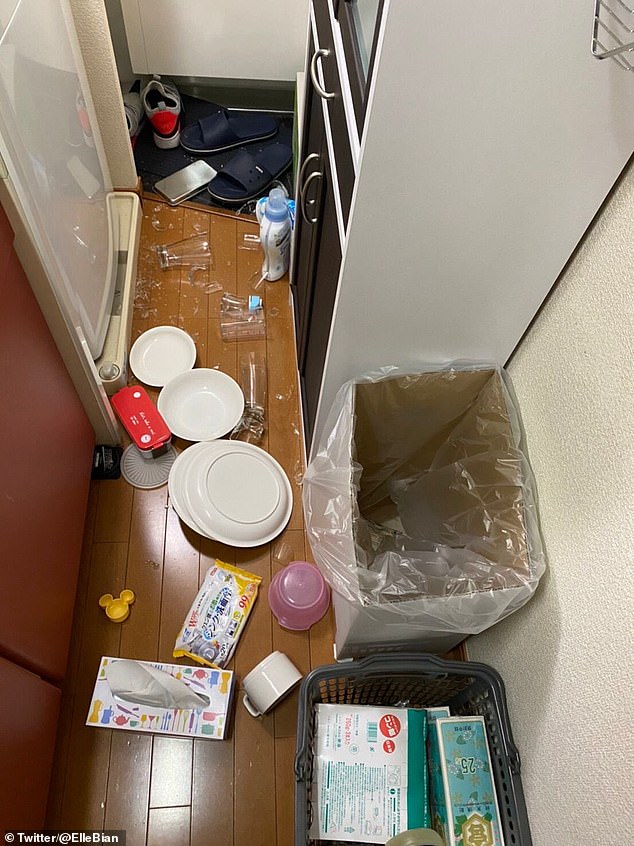 The quake has caused buildings to sway and a disruption of services, and has caused the contents of some homes and buildings to be displaced, but there are no immediate reports of damage or injuries 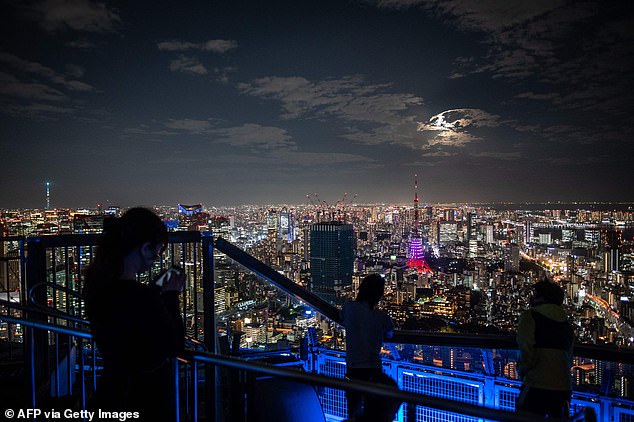 The strength of the quake could cause considerable damage to buildings in the capital (pictured) and power cuts. Several bullet train lines were halted due to the quake, which public broadcaster NHK said caused buildings to sway