Andy Murray revealed that his wedding ring eventually turned up in lost and found at his hotel after he was about to get the police involved.

The three-time Grand Slam winner, 34, is in California for the Indian Wells tournament, where he was granted a wildcard to compete.

But disaster struck on his latest US trip when his ring – attached to his ‘smelly’ tennis shoes – were stolen following his own ‘terrible idea’ to leave them under his car to dry out overnight, leaving him in the doghouse back in the UK. 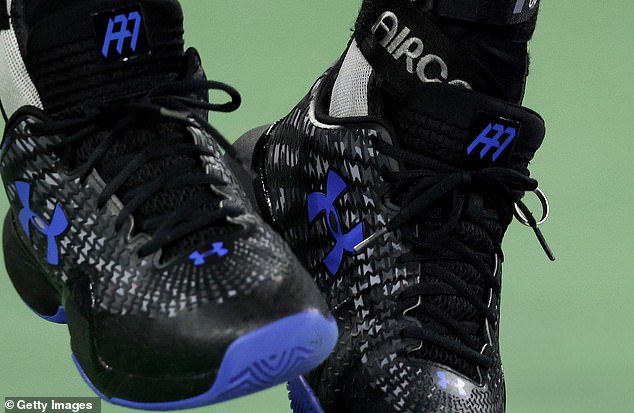 But following his social media appeal and a massive effort from his fans, he has now had his belongings returned.

Then Murray was also reunited with his best tennis as he beat Adrian Mannarino in the first round in the Californian desert.

Murray explained: ‘So basically the day after we realised they were, let’s say, misplaced or someone had moved them, I went and I spoke to the lost and found a couple times at the hotel that day. They said they’d found nothing. 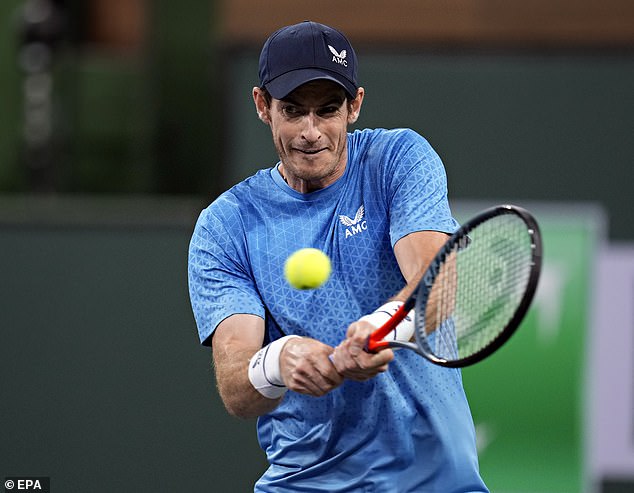 ‘I spoke to security. They said they found nothing. I was like, “Well, they’re gone”.

‘I was going to file a police report to try to get them back or to increase my chance of getting them back.

‘Anyway, I went and spoke to the hotel, explained to them that was what I was going to do. They then decided to take all of my details down, the details of the shoes, ring, took me out to the car park and asked exactly where it was I parked. 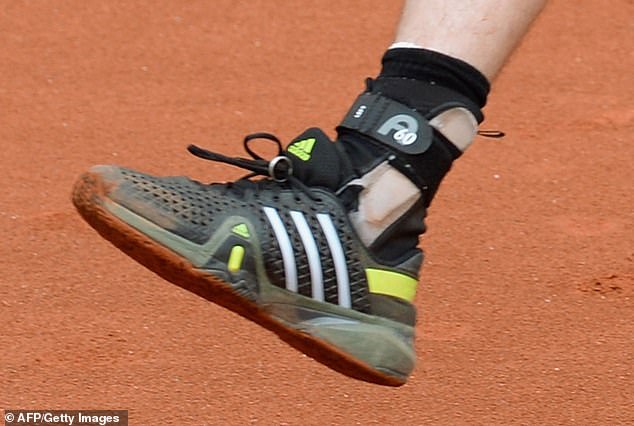 ‘I asked them if they could look at the cameras. About an hour later they turned up. One of the employees at the hotel found them in their lost and found. So, yeah, thankfully managed to get them back, which was good.’

When telling the world of his problem on Instagram, Murray revealed that he was in the ‘dog house’ with his wife Kim, but revealed this was not the first incident of him being careless with his wedding ring.

Asked how the conversation with Kim went, he said: ‘It wasn’t too bad, to be honest. My wife’s pretty laid back with that stuff. 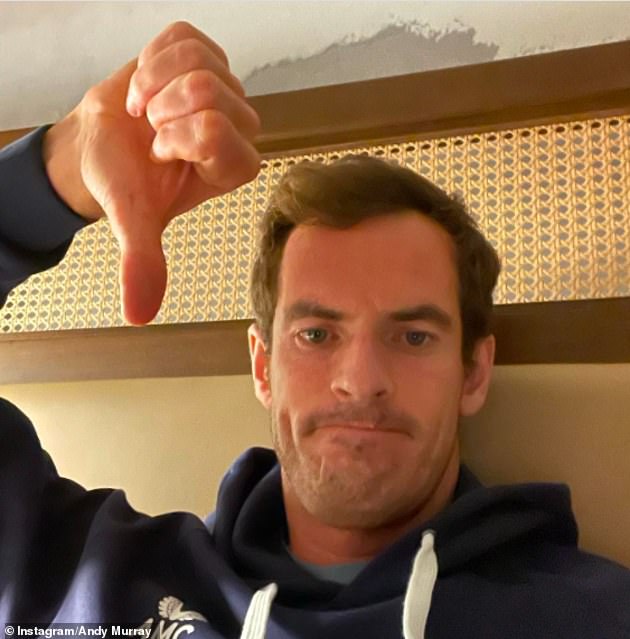 Murray was in the doghouse this week after his ‘terrible idea’ to leave his wedding ring attached to his tennis shoes, which he then left under his car and they were stolen

‘There’s been a number of occasions where it’s fallen off my shoe. Like once I was swimming in a swimming pool. When my hands get cold, the ring can slide off.

‘I lost it and didn’t realise until later in the day. My physio went back into the swimming pool. He used to swim, like, at British level.

‘He was under there looking for it. He managed to find it. I’ve almost lost it quite a few times but it always finds its way back to me somehow. Yeah, this time was no different.’

It also looks like that can be said of Murray’s best tennis as he put in an accomplished display to beat Mannarino 6-3 6-2. 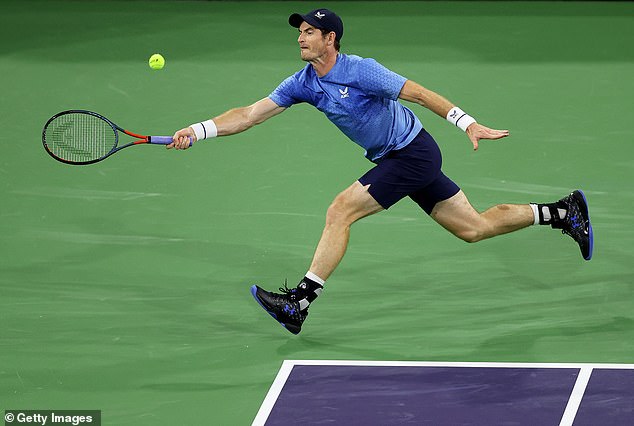 The victory was more evidence that Murray’s desire to compete at the top of the game may be possible as the fruits of a sustained run of matches on the ATP Tour are beginning to show.

The 34-year-old, who was on court immediately after Emma Raducanu lost her first match since her US Open victory, fared much better than his compatriot as he delivered the sort of tennis that used to see him win grand slams before needing a metal hip.

He broke the left-handed Mannarino’s serve three times en route to a convincing victory and will face Spanish teenager Carlos Alcaraz in the second round.

Murray himself was not overly enthused by his performance, but was happy with his mentality, having said his concentration levels had let him down in recent tournaments. 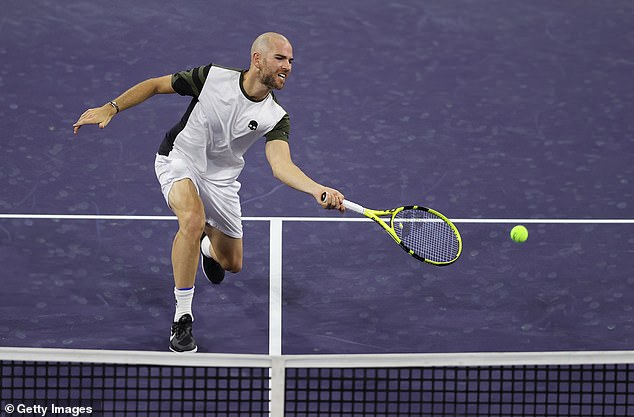 ‘I might be focused on maybe what just happened rather than what’s about to happen, sometimes looking back a bit.

‘Sometimes in matches when I’ve had chances and opportunities, maybe I’m looking forwards too much, maybe concentrating on the wrong stuff.

‘I’m trying to be a little bit more present and focus on just every single point. I think tonight I did a good job of that.

‘I did well considering the conditions. I don’t think I played, like, amazing tennis or the best tennis that I can play.

‘But I still won comfortably against a very good player just by knuckling down on every point.’