Michael Yormark is the man at the centre of rugby’s showbiz revolution with the sort of power and influence which last week saw him introduce Maro Itoje to superstar rapper Jay-Z.

‘That was a moment Maro has been waiting quite some time for,’ Yormark, the American president of Roc Nation Sports, says with a smile. ‘He’s always wanted to meet the boss.’

England and British & Lions lock Itoje and South African World Cup winners Siya Kolisi and Cheslin Kolbe are all on a rapidly-expanding list of rugby names he works with too.

The influence of Yormark and Roc Nation – founded by Jay-Z in 2008 – is only going to grow. They are determined to take rugby to another level. Yormark is the one who wants to start the party.

‘Maro was invited to the premier of Jay’s film The Harder They Fall in London on Wednesday night and they had a picture together at the official after party,’ Yormark says. ‘Maro was so shy and quiet meeting Jay even though he is a star in his own right. That’s what is interesting to me. 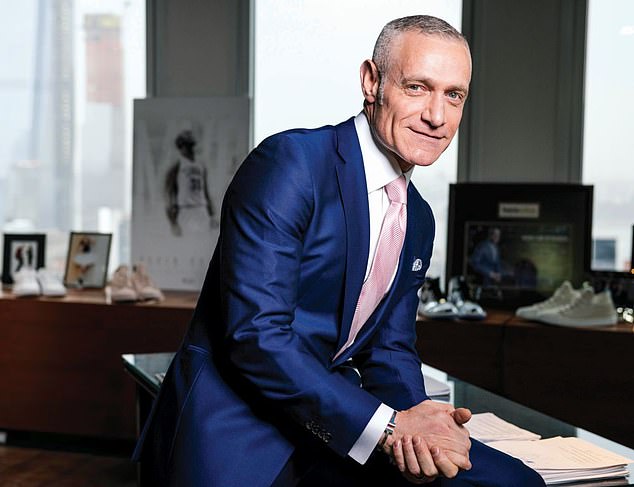 ‘It was timely for Maro and an important moment for him. He really connected with Jay and hopefully he’ll keep in touch with him. That would be terrific. What Maro is doing by posting that picture on social media is connecting with culture. It goes way beyond rugby and sport.

‘That post alone will expose Maro to more than just rugby fans. People will then look at him and ask ‘Who is he?’ They’ll realise he plays for Saracens and England. We need to start putting more rugby players in these sorts of positions. Ultimately, that will help grow the game.’

Yormark certainly knows how to grow a sporting brand and last week, the former New York Yankees and Florida Panthers employee was confirmed as a special advisor to Saracens after a £32million takeover of the Gallagher Premiership club was completed.

He also works closely with South African side Cell C Sharks and the United Rugby Championship (URC) to grow the league’s commercial appeal.

Saracens is his latest venture with South Africa’s 1995 World Cup-winning captain Francois Pienaar, Dominic Silvester and Marco Masotti – the owner of the Sharks – at the centre of the new consortium.

Former Saracens owner Nigel Wray, the man at the heart of the club’s salary cap scandal, has now virtually stepped away as his old side begins a new era.

‘Saracens is an iconic club. They want to do things differently and think outside the box,’ Yormark adds. ‘I’ve been asked to be an advisor. Marco is a lead investor and also works with the Sharks like I do. It’s another opportunity for me to try and help change the game.

‘The salary cap situation was a learning lesson for Saracens, but it is a chapter that’s closed now.

‘They’re moving forward with new ownership and in a new direction. I can’t go into much more on that, but Dominic and his partners are committed to doing things the right way.

‘The investors are committed to taking the Saracens brand to a global level. They are big fans of sport in America and they want to use that as an example of where Saracens can go.

‘They want to monetise the brand and utilise big markets like America. They want to become a household name there and as we know, rugby is growing in popularity in America. There have been conversations about playing games in America.

‘I think they would absolutely love to play on US soil. I think it would be an exciting opportunity. ‘Wherever I can lend expertise and help rugby grow – whether it’s through Saracens, the URC or the Sharks – I want to do that.

‘I see the potential of this sport. If rugby can begin to think differently and look at other leagues around the world to see their best practices, then the future is going to be extraordinarily bright.’

Yormark is clear in his view rugby’s leading players are the best vehicle for its growth.

It is why he is working with men such as Kolisi whose profile and marketing ability goes far beyond just what he does on the field. The same applies to Rashford of Manchester United and England who has achieved so much in helping to tackle child food poverty in England.

Yormark believes rugby’s stars can become as big as their footballing counterparts if the sport is prepared to embrace change and to do it now.

‘The rugby players we have at Roc Nation are all keen to develop their own brands. They want a platform they can use and Maro is a great example of that,’ he adds.

‘He’s someone who transcends sport because he is much more than just a rugby player. 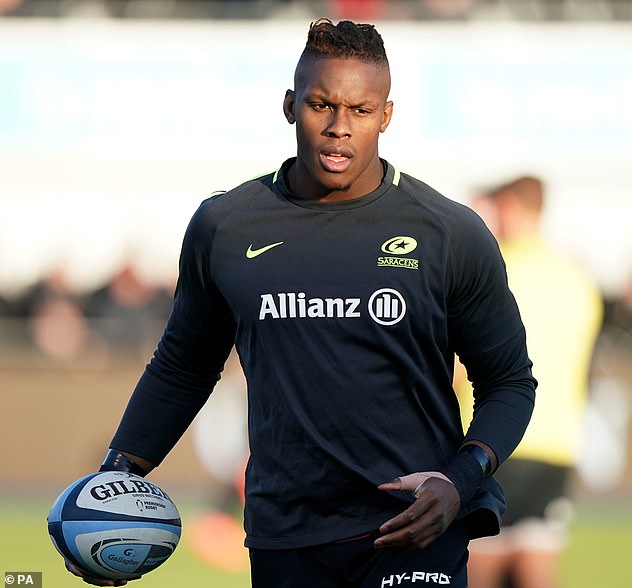 ‘The conversation I have with every single one of our players is ‘Impact lives – don’t just be a great rugby player, you can be so much more than that.’ It’s a very interesting moment in rugby.

‘The players are the number one asset so if we accept that and create partnerships between rugby’s stars, the leagues and the unions, then you can get something super, super special.

‘Look at the most iconic franchises in sport and you’ll see players are the most important thing. ‘We’ve got a couple of players in the UK, the URC and around the world who we’re looking at next and I’d say we’ll probably sign another two or three before the end of the year.

‘I’m talking to a player in New Zealand right now. We’re getting calls from all over the place!’ Yormark watched his Sharks side beat Ospreys in the URC in Swansea on Friday night and while he and Roc Nation clearly stand to gain financially from their involvement in rugby, his passion for the sport burns bright over an hour-long conversation.

He rejects any suggestion working in so many different rugby spheres – with players, teams and leagues – might represent a conflict of interest.

‘There are visionaries who are enthusiastic about getting rugby to grow and it’s very exciting, but to do that you have to do things a little bit differently and shake it up,’ Yormark says.

‘You have to be bold, take a little risk, and along the way you might get criticism. The traditionalists might not like everything you do, but that’s OK. It’s about growing the sport – not alienating the traditionalists – but explaining to them why they have to come along for this incredible ride.

‘My only motive is to help grow the sport. I think the fact we’re involved with players, clubs and a league gives us an advantage. There will be some challenging moments and I can’t be involved in negotiating Maro’s deal at Saracens, for example! That’s why I’m not an investor at Saracens.

‘If I was, I think it would have been a conflict of interest. I’m representing players, but also thinking about how we can move this sport to the next level. I think the sky is the limit.

‘On behalf of Jay and Roc Nation, I can say everyone wants to help improve rugby and make an impact. We want to see how far we can take this.’