Saturday night, the second weekend in October and England are on primetime television with a place at the World Cup up for grabs.

Remember how it used to be?

Sitting in your living room, or with a group of friends in a pub, the tension of watching as England tried to secure a place at the biggest football tournament on earth was unique. Seeing the team go on to achieve that goal was a reason for national celebration.

This latest mismatch in Andorra — a game, in Gareth Southgate’s words, where ‘no defending was needed’ — invited you to think back to the not-too-distant past, to fixtures against Italy in Rome in 1997 and Greece in Manchester four years later that captured the essence of what international football should be about.

Southgate, of course, was one of those who left nothing on the line in Italy, as a 0-0 draw enabled England to secure their ticket to France.

The scenes at the final whistle were unforgettable — Paul Ince in his blood-soaked shirt, Glenn Hoddle hugging his staff and shaking the life out of them with joy.

That absorbing game went down to the final kick as did, memorably, the battle with Greece at Old Trafford when David Beckham left his mark on history with an equalising goal to haul England back from the abyss. All so dramatic it seemed to be the work of a scriptwriter. 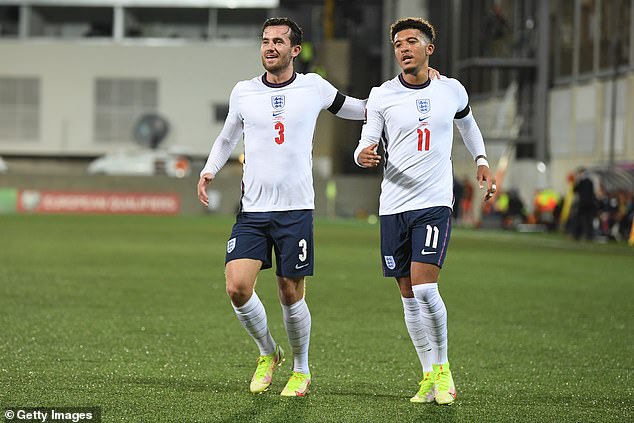 It was front-page news and the television audience, who sat gripped, was recorded at 10.3million. Everyone was interested in England, everyone was thrilled that a shot at the greatest prize of them all had been secured.

Now let’s fast forward to events on Saturday. Southgate barely flinched at the final whistle, even though his side are as good as in Qatar, while any celebrations from the players were restrained. It’s hard to get excited, isn’t it, when you know what is going to happen.

And let’s be honest: we all know that England are going to Qatar in 13 months. For all the caveats that followed a 5-0 triumph that was enlivened by Phil Foden’s brilliance, there has not been any uncertainty about where the national team will be next winter since the qualification campaign began in March.

Yes, it has been tricky in places — Poland provided a bit of a headache in both fixtures and landed a blow, of sorts, in Warsaw last month with a last-minute equaliser — but it has never genuinely felt that England’s prospects of going to Qatar were in doubt.

Then again, why would you worry? Consider these facts: it is now 4,384 days since England lost a World Cup qualification game and even that 1-0 defeat by Ukraine, which came after they played most of the match with 10 men following goalkeeper Rob Green’s sending off, was inconsequential, as they had reached South Africa a month earlier.

The only other defeat in the last 20 years was to Northern Ireland at Windsor Park in September 2005. It means England’s record in qualifiers reads: played 47, won 35, drawn eight, lost two. With Hungary, Albania and San Marino to come this autumn, it will be a huge shock if an addition is made to the final column. 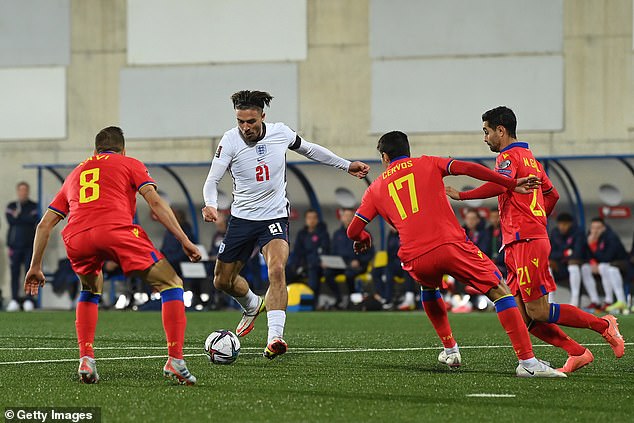 Of course, credit must go to the players and staff who racked up those numbers but, equally, you cannot help feel cheated by the way the jeopardy has been gradually diluted and removed from this process. It should never be the case.

One member of Southgate’s squad remembers in 2017 how the muted reaction that accompanied England reaching Russia with a 1-0 win over Slovenia at Wembley was at odds with the fireworks and national celebrations in Paris that greeted France achieving the same feat.

England aren’t to blame for the way FIFA have made it so that many big nations are almost guaranteed to reach the World Cup and, to listen to someone from the current dressing room, reaching the finals is still a big deal.

‘I’d place it very highly,’ said James Ward-Prowse, who scored England’s fourth goal in Andorra. ‘Any opportunity to represent your country, whether it is a friendly, a World Cup qualifier or any sort of game is a massive achievement. When you come away from it with a goal, it is a special night.

‘This is a special game and one I will always remember. We are in a great position — and the job is still not done yet.

‘The manager made us aware the job is still to be done and there is a professional feeling and ruthlessness around the group. We want to make sure, off the back of recent successes, we maintain that attitude. We want to do things the right way.’

But what credit will they get for it? It would be nice to think their progress to Qatar will be greeted with pyrotechnics but outside the dressing room, the reality will be something different. What a crying shame. Reaching a World Cup should be so much more than a shrug of the shoulders.