Emma Raducanu looks set for a long stint away from home over Christmas and January after signing up to a lucrative exhibition in the Middle East.

The US Open champion is the first name to be announced for the Mubadala World Tennis Championship in Abu Dhabi, taking place from December 16-18.

It is an event with deep pockets that has previously attracted big names en route to the Australian Open at the start of the season.

This year players will be flying out from Dubai and Abu Dhabi over the festive period on charter planes to Melbourne, to comply with Covid quarantine requirements.

Prior to that, Raducanu is already scheduled to play an exhibition event at London’s Royal Albert Hall on November 28. She is due to play in next week’s Kremlin Cup in Moscow on the WTA Tour before events in Romania and Austria.

Meanwhile, Dan Evans let slip a good opportunity to secure a place in the world’s top 20 when he was beaten 5-7, 6-4, 6-0 in the Indian Wells third round by No 11 seed Diego Schwartzman.

The British No 1 had recovered from 2-5 to take the first set and led 4-2 in the second before unravelling as the Argentine came back strongly on the slow court, which was well suited to his baseline style. 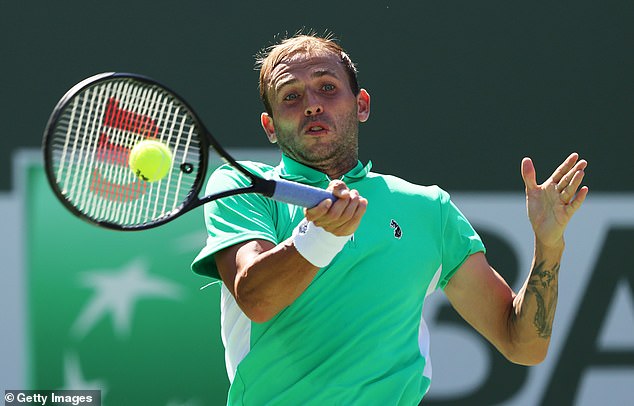