‘We are just Belgium’: Kevin De Bruyne insists his country does not have ’22 top players’ like Italy, France and Spain after so-called Golden Generation falls short in the Nations League finals

Kevin De Bruyne believes that Belgium does not have the wealth of talent that France, Italy and Spain possess.

The No 1 ranked country suffered disappointment at the UEFA Nations League finals last week, losing 3-2 in the semi-finals to France and were then beaten 2-1 by Italy in the third-place play-off.

Roberto Martinez’s current side are Belgium’s so-called Golden Generation with the likes of De Bruyne, Romelu Lukaku, Eden and Thorgan Hazard and Thibaut Courtois but they are yet to win a major trophy.

Kevin De Bruyne (right) believes that Belgium does not have the wealth of talent that France, Italy and Spain possess 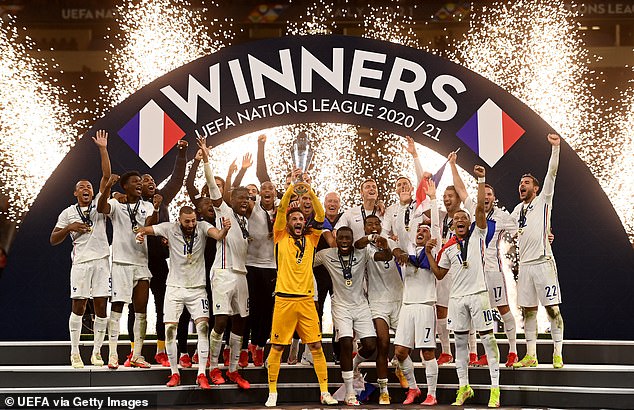 Manchester City midfielder De Bruyne, who was introduced off the bench against European champions Italy on Sunday, has insisted that Belgium does not have ’22 top players’ at their disposal like France, Italy and Spain.

‘We did well at times against some top teams and had many new faces who did more than a decent job today,’ he told HLN.

‘It’s good experience for them to be able to play against opponents of this calibre, but unfortunately we lost twice. 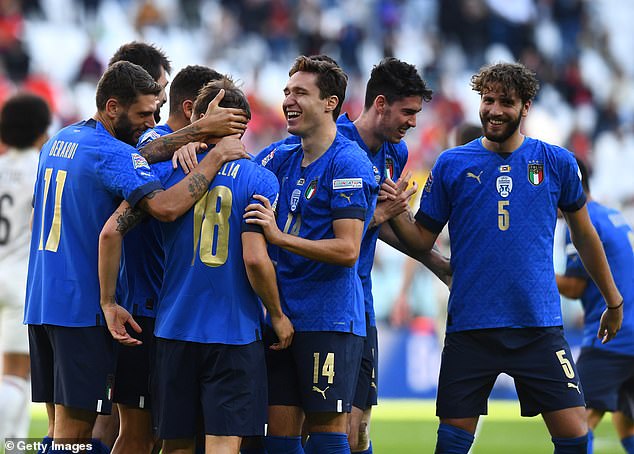 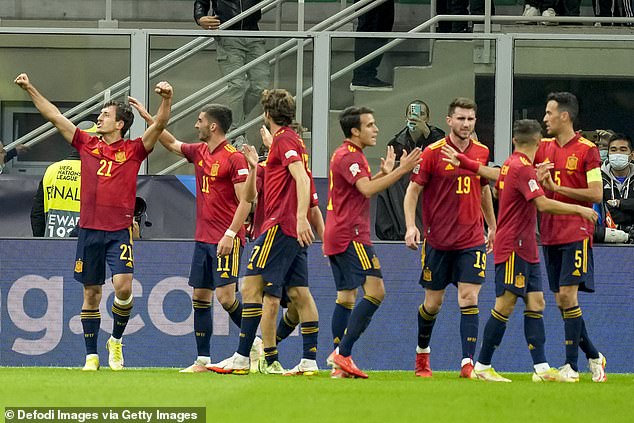 ‘With all due respect, playing against Estonia is not the same thing and these challenges are necessary for us to grow, both as individuals and as a team.

‘With all due respect, we are just Belgium. It’s a new generation, we were missing Romelu Lukaku and Eden Hazard today, so we have to be realistic about the team we have. Italy, France and Spain have 22 top players to choose from and we do not.’

Belgium crashed out of Euro 2020 to the eventual winners Italy at the quarter-final stage earlier this year while they beat England in the World Cup third-place play off three years ago.