‘We’re in trouble!’: Chelsea fans fear the worst as Anthony Taylor is picked to referee their clash at Brentford – just six weeks after they launched a petition against him because he sent off Reece James at Liverpool

Chelsea fans are already dreading the Premier League’s return this weekend after it was revealed Anthony Taylor will referee their clash with Brentford on Saturday night.

Thomas Tuchel’s side travel across west London as Premier League leaders but will face a stern test against the in-form Bees, who have already taken points off Arsenal and Liverpool at home this season.

And, in the eyes of their fans, the task got much harder when it was announced their nemesis Taylor will be the man in the middle. 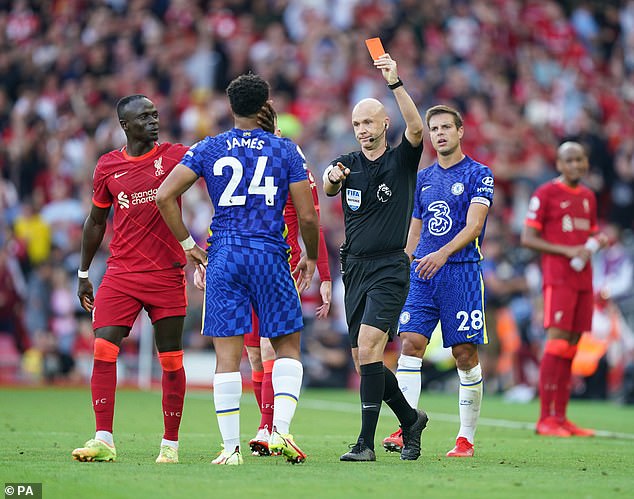 It comes just six weeks after Chelsea fans started a petition to get Taylor banned from refereeing their matches after the official sent off Reece James and awarded Liverpool a penalty during their clash at Anfield.

The Blues were furious with Taylor’s decision to award the Reds a penalty and give James a red card for denying a goal-scoring opportunity by blocking Sadio Mane’s goal-bound effort with his arm.

Mo Salah scored the spot-kick to make it 1-1 before half-time after Kai Havertz had given Chelsea the lead but the Blues, despite being down to 10 men, managed to earn a point.

Following the game, fans launched a petition calling for Taylor to be stopped from refereeing future Chelsea matches. Fan page ‘Chelseapulse’ shared a picture of the petition, which was even liked by Marcos Alonso.

But now the appointment of Taylor for Saturday’s game at Brentford has led to more anger from Chelsea fans, who believe their chances of winning have severely dipped now he is in charge. 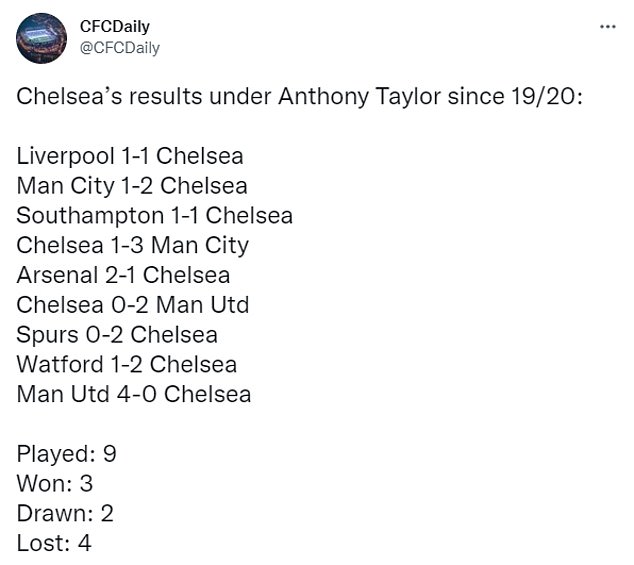 @FrankKhalidUK tweeted: ‘Anthony Taylor is going to be the referee for our Brentford game this weekend. Really mystified why he is refereeing another Chelsea game especially with so much controversies in previous Chelsea games he has refereed’.

@_Hazpilicueta agreed, commenting: ‘Chelsea’s odds against Brentford went from 1/3 to 8/15 once Anthony Taylor was appointed as ref’.

Another user posted: ‘Chelsea spend one weekend at the top of the Premier League and the FA put Anthony Taylor in charge of Brentford vs Chelsea this Saturday. They hate us.’

@MrGeorgeBenson added: ‘Anthony Taylor officiating Brentford vs Chelsea at the Weekend. Premier League is obviously disgusted that Chelsea Football Club are top of the league and have demanded it change immediately.’

The draw at Anfield was not the only time Taylor has felt the wrath of Chelsea fans after overseeing one of their games. He was also in charge of the FA Cup final in 2020 when Chelsea were beaten by Arsenal at Wembley. 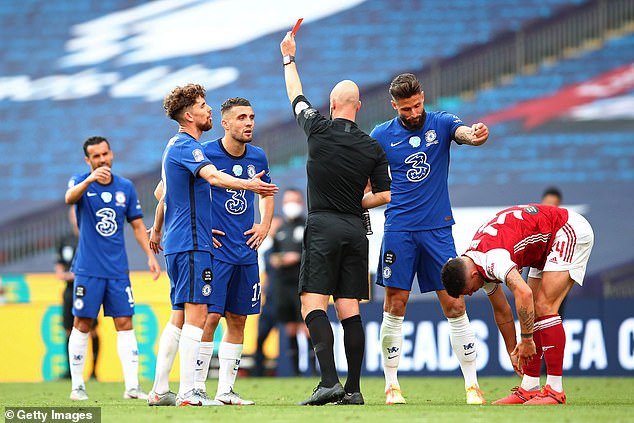 During the game, then Arsenal goalkeeper Emiliano Martinez looked to handle the ball outside his area but that went unpunished before Mateo Kovacic was given a second yellow card for a tackle on Granit Xhaka, which appeared to be harsh.

In fact, in games Taylor has officiated Chelsea since 2019-20 they have played nine, won three, drawn two and lost four.

It is not the first time Taylor has been caught in a storm this week. He also caused controversy in Spain after overseeing their Nations League final defeat by France.

Spain fell to a 2-1 defeat in the showpiece on Sunday night but the decisive goal came in controversial fashion when Paris Saint-Germain star Kylian Mbappe slotted the ball home after clearly being in an offside position. 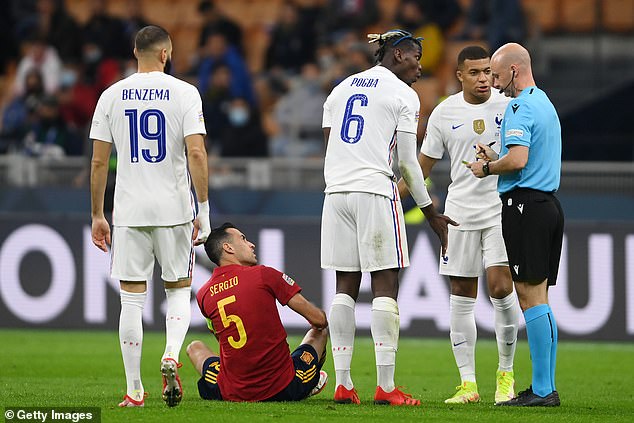 Footage of the incident showed that Mbappe was standing behind Spain’s last man when the ball was played.

However Taylor and his officials felt that Spain defender Eric Garcia had deliberately touched the ball. Therefore, they treated everything after that moment as a new phase of play.

Spain midfielder Sergio Busquets criticised VAR for allowing the 80th-minute winner to stand and the Spanish papers have also lamented the decision.

MARCA’s read: ‘They are changing football.’