Hungary fans were involved in ugly clashes with the police during the early stages of their World Cup qualifier against England at Wembley.

Riot police were sent in shortly after kick-off and used batons to push back the travelling supporters, who were seen climbing over seats in the stands.

Videos posted to Twitter appeared to show the violent scenes spilling down a tunnel towards the concourse, before officers managed to quell the fighting.

It was reported by ITV that the clashes – which involved hundreds of Hungary supporters – had calmed down 12 minutes into the match. 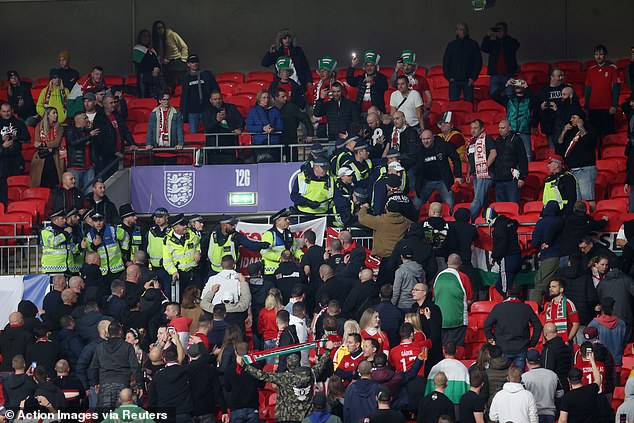 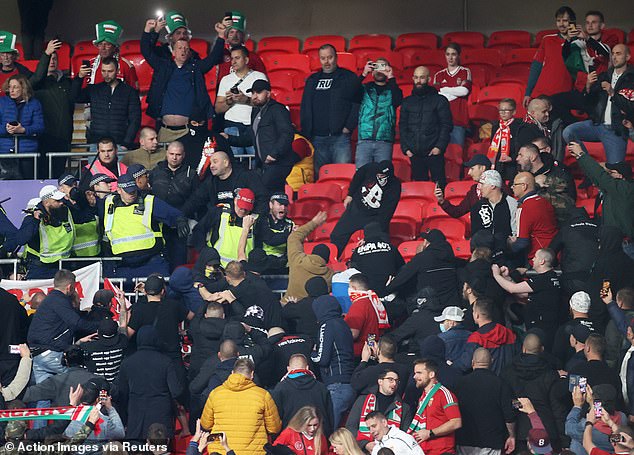