Ronnie O’Sullivan voiced his annoyance at the ‘flat’ atmosphere inside Belfast’s Waterfront Hall that has left him ‘bored’ at the Northern Ireland Open.

O’Sullivan revealed his boredom following a first-round win over Andy Hicks and he will hope things improve considerably prior to his second-round match-up with Alfie Burden on Thursday.

‘It was very flat out there. I was very bored,’ O’Sullivan told wst.tv. ‘I just wanted to get out of there as quickly as possible.’ 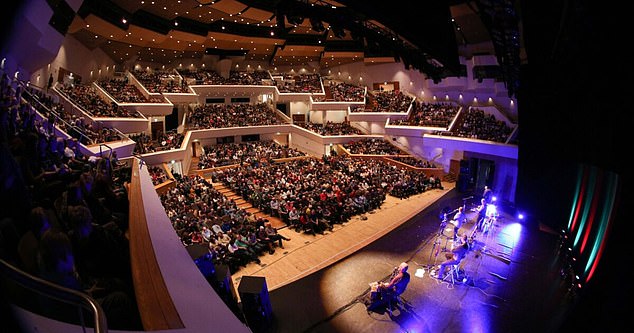 O’Sullivan rarely bites his tongue these days and he was far from complimentary about the crowd inside the Belfast venue.

Speaking in an interview with Eurosport following the 4-1 win over Hicks, he reminisced about ‘every match’ at tournaments feeling ‘like a Champions League night’.

‘I’m playing alright, so normally I can generate the atmosphere but, I don’t know… It felt like years ago, every time we played a tournament, every match felt like a big night, like a Champions League night, whereas out there, it was poor… it was hard.

‘I don’t know, you’ve got all these games going on, you’ve got people walking about, you know… I struggled. It’s the atmosphere. These flat draws, you’ve just got to hope you get through to the quarters and click into a spark.

‘It was very flat out there. I was very bored out there… I just wanted to get out of there as quickly as possible, to be honest with you. I was thinking, “please, just don’t let this go long, two-three hours”.

O’Sullivan he can grow into the tournament and history suggests he best rid himself of the boredom having  reached the final of the competition for the last three years, only to be been beaten by Judd Trump each time.

He added that his attitude was that he was not overly bothered if he won or lost his match with Hicks, so keen was he to finish due to boredom. 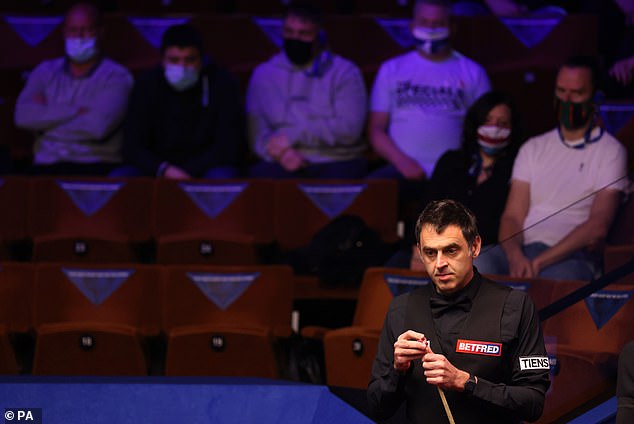 Victory has put O’Sullivan into the last-32 where he will take on Burden from midday on Thursday.

Burden was a 4-2 winner against Yuan Sijun in his opening match but goes in as a major underdog against O’Sullivan.

While O’Sullivan made light work of Hicks it was not so straightforward for world No 1 Mark Selby.

Selby was pushed to victory on the final black to defeat China’s Cao Yupeng 4-3.

Cao was left needing a snooker and as he cleared to the black victory was in sight, only for him to miss and Selby was handed an opportunity to clinch victory, which he did.