By Adam Hathaway For The Daily Mail

Lewis Ludlow made his point to Eddie Jones before the England head coach announces his squad for the Autumn Nations Series on Monday by helping Gloucester fight back for a draw.

The 27-year-old flanker put in a huge 24 tackles as the visitors rallied from being completely outplayed at 17-6 down just after the break to lead 25-20 but ultimately finish level.

Louis Rees-Zammit ran in a 75-metre interception try on 68 minutes to give Gloucester the lead but the winger also blundered in letting Ollie Hassell-Collins slip past on the way to flanker Matt Rogerson’s equaliser.

But Ludlow had made three tackles in his own 22 in the build-up to Rees-Zammit’s try, making Irish panic before the Welshman’s intervention.

And head coach George Skivington said Ludlow, who was making his 150th club appearance and captained England in the summer, does it every game.

‘Players like that create the opportunity for Rees-Zammit to go,’ said Skivington. ‘Lewis Ludlow will work tirelessly the whole game — every single week he does it for us. I am proud of them for the way they fought back.’ 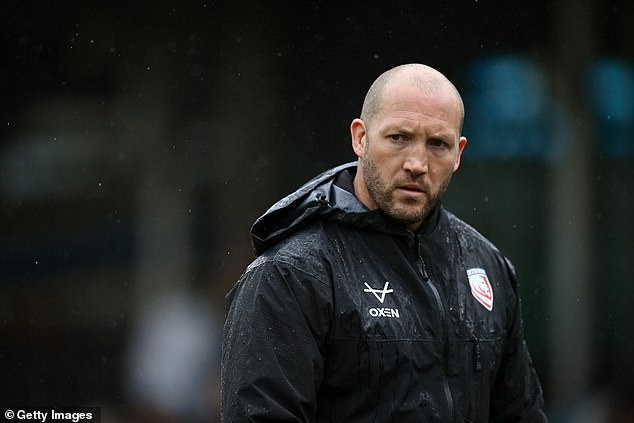 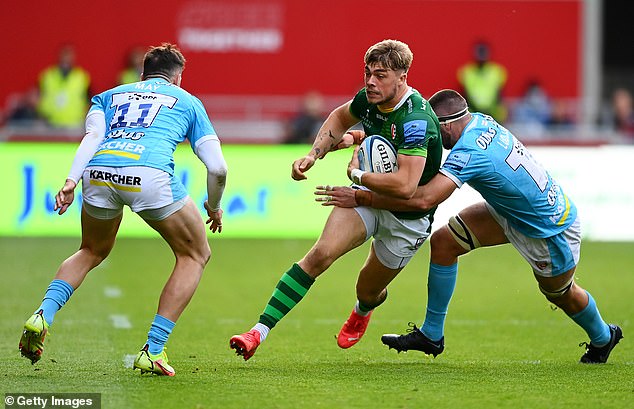 Irish could have won it at the end but fly-half Paddy Jackson’s drop-goal attempt was ugly. They have not won in the Premiership since March but have now drawn twice in five games this season.

They had a try by Ben Loader disallowed because of a forward pass, but after dominating the first 40 minutes should have been past the post by half-time.

Director of rugby Declan Kidney said: ‘We had plenty of opportunities and we could have won. But we fought our way back into it having lost the upper hand. It is about being smarter in small situations as a collective.’