It was Cairney’s first action since December 19 last year and his first goal since netting against Crystal Palace almost exactly 12 months ago, finally drawing a line under the knee problems that have dogged him for so long. 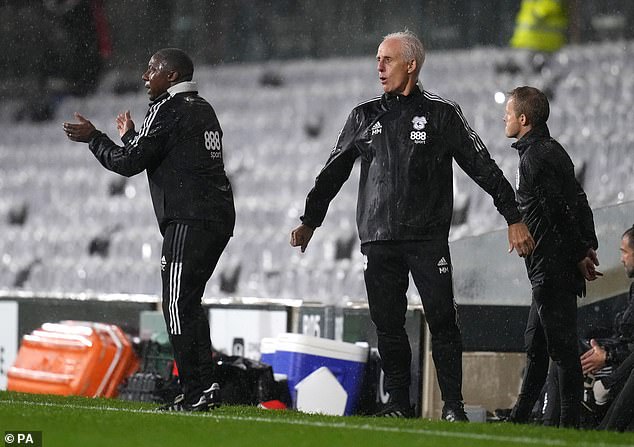 That memorable strike, set up by Harry Wilson’s handiwork in weaving through Cardiff’s defence in the build-up, was followed up by a slick finish by Aleksandar Mitrovic as Fulham boosted their promotion hopes.

But the writing looks to be on the wall for McCarthy after a seventh straight defeat, their optimistic opening to the Championship season a distant memory.

It remains to be seen if he even makes it to Saturday’s home game with Middlesbrough, where nothing short of three points will be acceptable in arresting a slump that now sees them teetering just above the bottom three.

Fulham, by contrast, showed precisely why they’re promotion favourites and if Cairney and Mitrovic stay fit and maintain this kind of form, they’ll unquestionably be up there.

The opening half was far more even than the form book predicted. Cardiff, no doubt chastened by Sunday’s 3-0 humbling by hated rivals Swansea, set out with plenty to prove. Fulham were slick at times and carved out chances they couldn’t take.

Both sides would strike the woodwork early on, Cardiff going first. Rubin Colwill flighted a pass down the left channel that Kieffer Moore was desperate to get onto.

The Wales striker stole half a yard and smashed a shot on the half-volley despite a difficult angle, striking the join of post and crossbar.

Not long afterwards, a smooth Fulham attack saw Jean Michael Seri pick out Wilson on the edge of Cardiff’s box. His back flick was struck by Neeskens Kebano, arriving a fraction ahead of Mitrovic, and hit the base of the post. 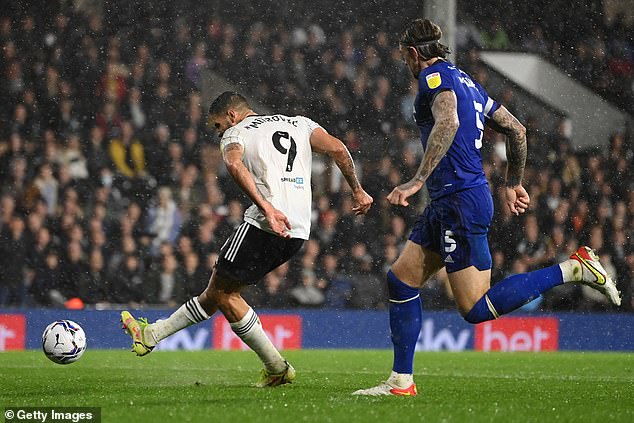 Cardiff may have been in a lowly league position but they played their full part as frustration crept around Craven Cottage.

Straight down the other end and Reed tried his luck from 30 yard range, the shot pushed aside by Alex Smithies.

Not long before half-time, Wilson skipped past two challenges before being taken out by Pack right on the edge of the area. Five in white shirts deliberated over it before Kebano curled it tamely into the wall. 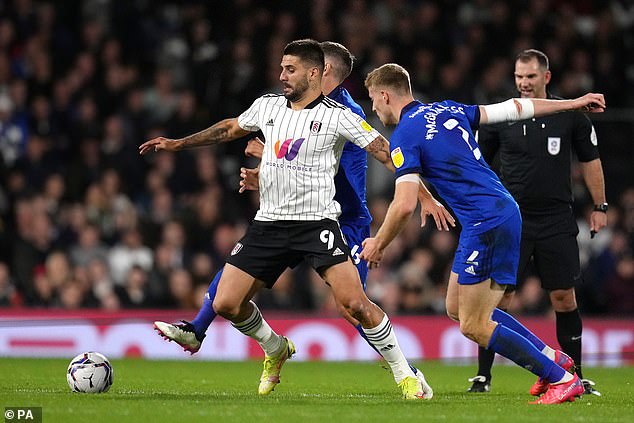 The second-half started with cheers as Cairney came on for his first appearance in 10 months after a serious knee injury.

As the rain poured down, De Cordova-Reid saw a shot flicked over by the boot of Mark McGuinness within seconds of the restart.

Mitrovic finally got a sniff of goal on 54 minutes but couldn’t get enough power on his header to trouble Smithies.

But Fulham were ramping up the pressure and De Cordova-Reid’s shot skidding off the wet surface and almost catching out Cardiff’s keeper.

Cairney’s wonderful goal brought the Cottage alive and Fulham continued to push in an effort to kill off the contest. 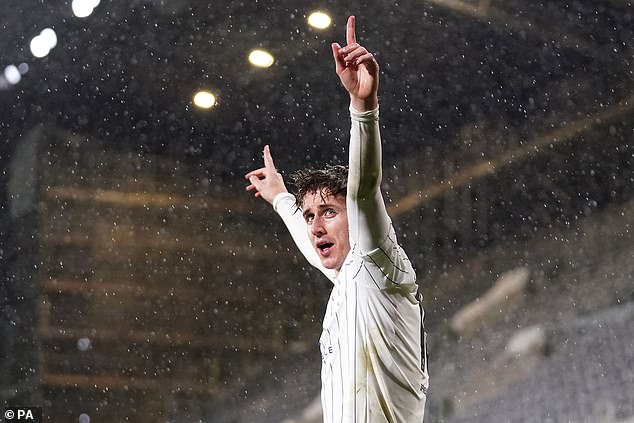 They duly doubled their lead on 62 minutes through Mitrovic’s assured finish into the bottom corner after Wilson won back possession and De Cordova-Reid picked him out in the box.

That’s nine goals in seven Fulham outings and 13 for the season for the big Serbian striker who just loves the Championship.

Cardiff didn’t lose heart and it required an outstanding fingertip save by Marek Rodak late on to turn Moore’s shot over.