‘They need to find the hunger’: Thomas Tuchel calls on Kai Havertz and Callum Hudson-Odoi to step up for Chelsea after Blues lost Timo Werner and Romelu Lukaku to injury ‘for some weeks’ during Malmo victory

Thomas Tuchel has told Kai Havertz and Callum Hudson-Odoi to ‘prove a point’ and fill the boots of injured duo Romelu Lukaku and Timo Werner.

Lukaku hobbled out of Chelsea’s 4-0 Champions League win over Malmo with an ankle problem, while Werner suffered a hamstring injury. Blues boss Tuchel confirmed both forwards will be sidelined in the coming weeks even though specific prognoses are yet to be determined.

Hudson-Odoi laid on Havertz’s goal as the duo linked up well in smart cameos against Malmo, leaving manager Tuchel to lay down the gauntlet for Saturday’s Norwich clash and beyond. 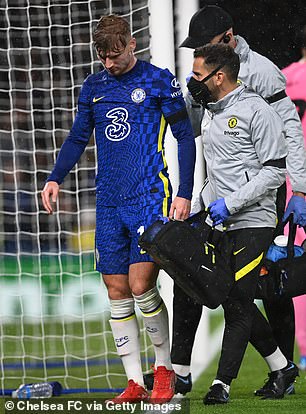 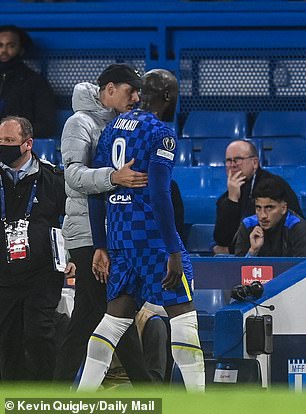 ‘There’s always a chance to prove a point and it’s always necessary to prove it for our players, so I would say to them, prove a point now,’ said Tuchel. ‘Everybody is invited to join the race for minutes on the pitch.

‘And when they have minutes on the pitch they need to show the hunger on the pitch, to be decisive in the box. This is what we did against Malmo and we need exactly the same thing on Saturday against Norwich.

‘We need goals to win matches and we want to find solutions without Romelu and Timo, that’s clear.’ 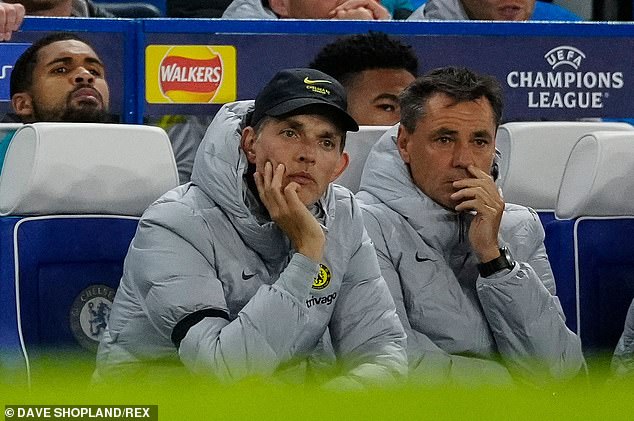 A facile victory sets Chelsea’s Group H challenge back on track after a frustrating 1-0 defeat at Juventus, and now Tuchel’s men will return to league action.

The Blues sit top of the table ahead of the weekend’s Premier League action, where Norwich will pitch up in west London.

Insisting he prefers to select for each match on its merits rather than for rotation’s sake, Tuchel said: ‘We take the games step by step, there’s no more important game than the game we play on this match day.

‘The guys who are on the pitch deserve to start, there are no gifts and no resting players. 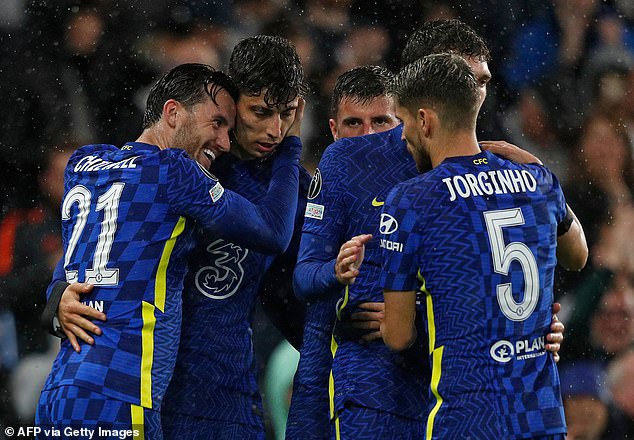 ‘And the next one is Saturday (at) 12.30pm and we will put again the best team. We will have to be very careful in recovery. It will be easy preparation, because we want the same performance again.

‘It will be one of the shortest meetings in my coaching history, we want exactly the same again. And we have the chance to switch on some positions, to demand from everybody physically the same input and then let’s see.’