Lionel Messi has admitted he struggled to keep up with the pace of Argentina’s World Cup qualifier against Brazil on Tuesday.

The Argentine has been suffering with injury woes of late after missing out of PSG’s trip to RB Leipzig in the Champions League and their recent clash against Bordeaux feeling pain in his left hamstring and knee.

He had been substituted off at half-time during the Parisian side’s comeback victory against Lille after being seen clutching the back of his leg.

The forward made his return to action as he came off the bench during Argentina’s narrow 1-0 win over Uruguay last week.

But he was thrust into the starting lineup as they faced group leaders Brazil to eek out a goalless stalemate.

After the match the Argentine said he went into the game with just enough energy in the tank and admitted it was not easy to keep up with the intense pace the clash demanded.

‘We knew it was going to be this way, a locked match, difficult to play,’ he said. 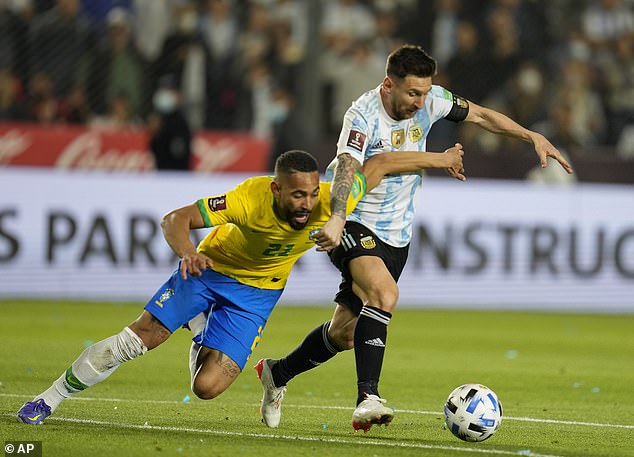 ‘I arrived with just enough, mostly because of the rhythm, and this was a very intense game.

‘I’ve been standing for a long time and it’s not easy to play with the pace that this meeting demanded.

‘From the beginning we were convinced that we could win.

‘We tried to play and sometimes we couldn’t. 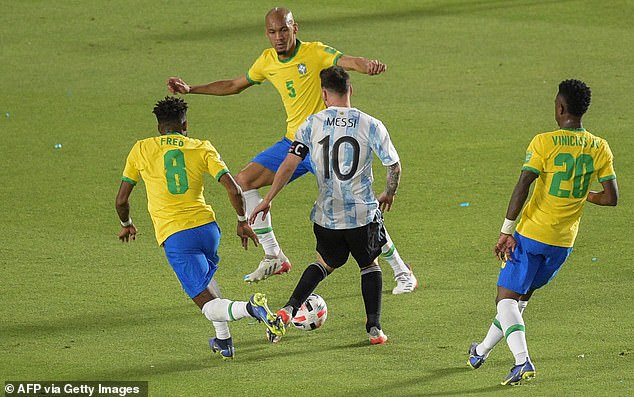 ‘The important thing is that we are doing well, we didn’t lose and we continue to grow.’

Despite beating Brazil to Copa America glory this summer, Argentina trail Tite’s side by six points in World Cup qualifying. But the 0-0 draw was enough to secure a spot in Qatar.

The two South American giants occupy the top two spots, while Ecuador and Colombia sit in the other two automatic qualifying spots.