Former world No 1 tennis star Naomi Osaka has become the latest athlete to express concern about the whereabouts of Chinese player Peng Shuai.

Former Wimbledon doubles champion Peng has not been heard from directly since she made sexual assault allegations against a top Chinese official last week.

The 35-year-old claimed on the Chinese social media site Weibo she had been forced into having sex with Zhang Gaoli, a married politician 40 years her senior and who until 2018 served as the government’s senior vice premier. 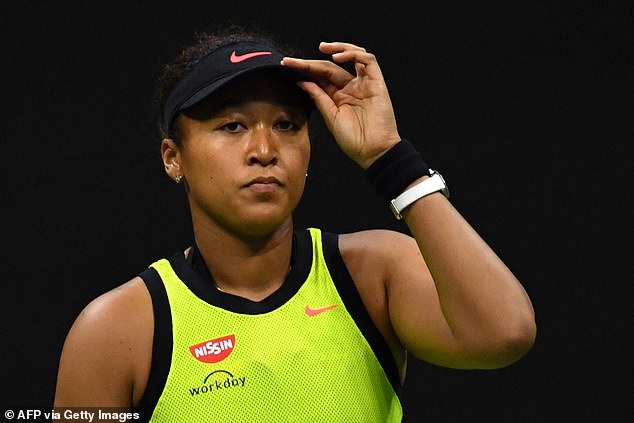 The former world No 1 Naomi Osaka, from Japan, has become the latest tennis player to express concern about Peng’s whereabouts

While acknowledging that the two of them had an affair in the past dating back to 2011, Peng stated that in 2018 it was rekindled and she was compelled to have sex with him at his home.

The message, on a platform heavily monitored by the Chinese authorities, was removed within 30 minutes but since then internet references to one of the country’s most successful tennis players have been largely erased.

The Women’s Tennis Association (WTA) said it had confirmed Peng is ‘safe and not under any physical threat’ but has been unable to reach her directly.

And Japanese player Osaka, a four-time Grand Slam champion, has become the latest to voice her concerns about Peng.

She wrote on Twitter using the hashtag #WhereisPengShuai: ‘I was recently informed of a fellow tennis player that has gone missing shortly after revealing that she has been sexually abused.

‘I hope Peng Shuai and her family are safe and OK. I’m in shock of the current situation and I’m sending love and light her way.’ 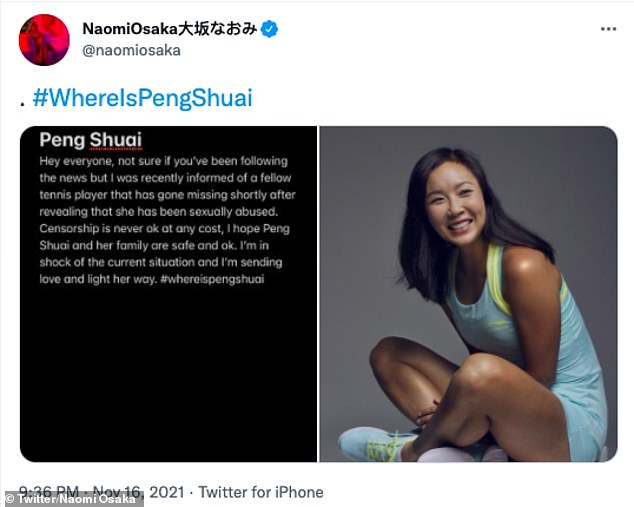 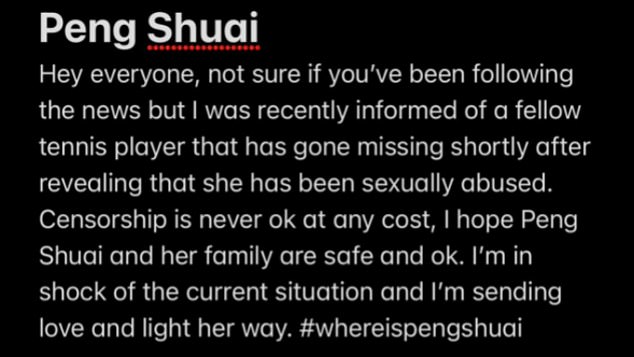 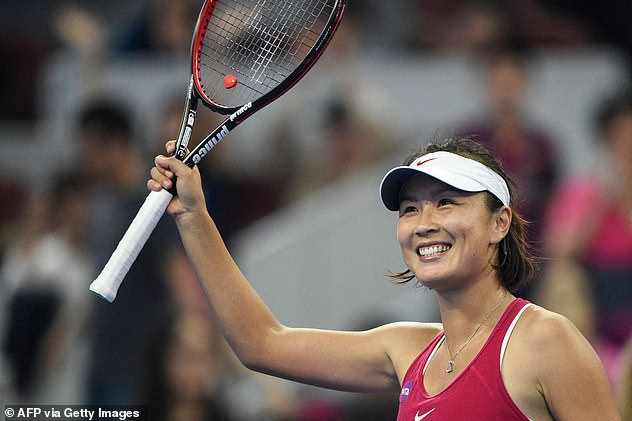 Peng, 35, is a famous Chinese tennis player and former winner of the Wimbledon doubles title 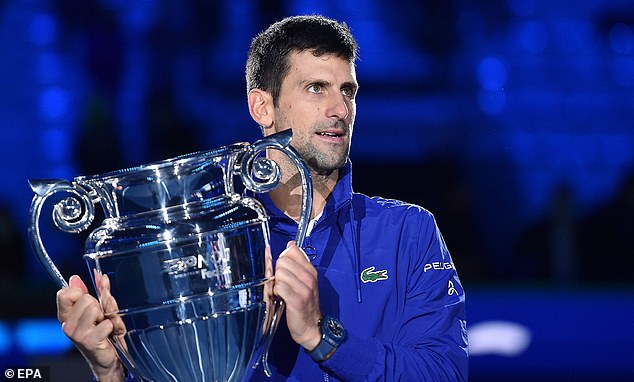 Osaka’s message comes after the men’s world No 1 Novak Djokovic said on Tuesday: ‘Honestly, it’s shocking that she’s missing, more so that it’s someone that I have seen on the tour in the previous years quite a few times.

‘It’s not much more to say than I hope that she will be found, that she’s OK. It’s just terrible. I can imagine just how her family feels that she’s missing.’

WTA chief executive Steve Simon told the New York Times that the organisation had received information from several sources, including the Chinese Tennis Association, that Peng was safe. 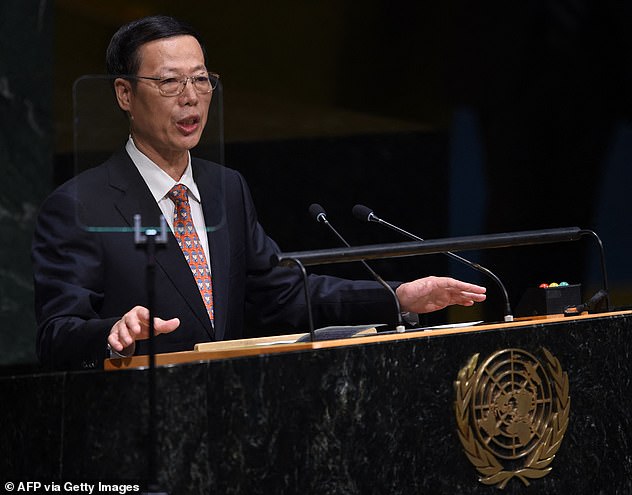 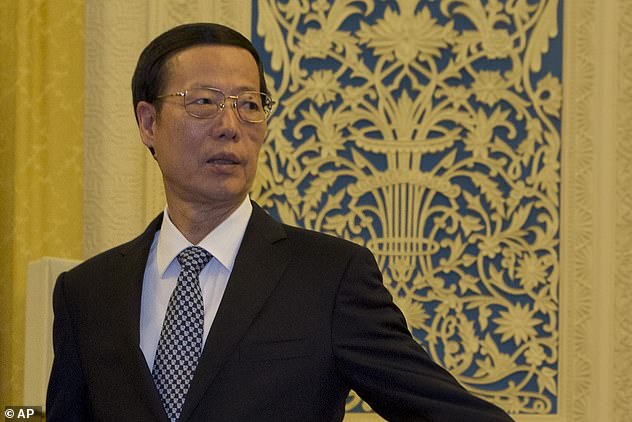 ‘My understanding is that she is in Beijing in China, but I can’t confirm that because I haven’t spoken directly with her,’ he said.

Simon suggested that the WTA would be prepared to withdraw events from China if their demands for an investigation into Peng’s allegations are not met: ‘If that isn’t the case and if they are not cooperative, then we’ll have to make some decisions. But we’re not going to back off this position.

‘In this situation, the WTA issue is about potential sexual assault of one of our players. That is something that simply can’t be compromised.

‘If at the end of the day, we don’t see the appropriate results from this, we would be prepared to take that step and not operate our business in China if that’s what it came to.’