Uruguay have left themselves a mammoth task in their bid to reach the 2022 World Cup in Qatar after they were soundly beaten by Bolivia on Tuesday.

Luis Suarez and Co suffered a 3-0 defeat at Estadio Hernando Siles, as two goals from Juan Carlos Arce and another from marcelo Martins Moreno secured a straightforward victory for the hosts – who were even reduced to 10 men.

It was the fifth consecutive qualifying clash which Uruguay have failed to win – four of which ended in defeat.

It leaves La Celeste stuck in seventh spot in the South American qualifying group, one point behind fourth and fifth spot with just four matches remaining.

In the CONMEBOL group stage, the top four automatically qualify for the finals, while fifth spot are placed into an intercontinental play-off.

There is some comfort for Oscar Tabarez’s side, despite their recent form, in the shape of their upcoming opponents.

They have already faced both Brazil and Argentina twice, the two sides that have already qualified for Qatar, while they do not need to face Ecuador, who look set to secure third spot. 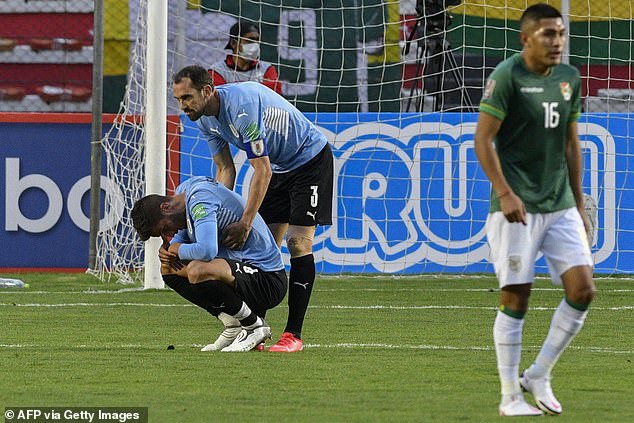 Instead, Uruguay’s four remaining fixtures come against sides around them in the table.

They must face both Peru and Chile, who currently occupy fifth and sixth spots, while their other two remaining fixtures come against Venezuela and Paraguay – the two sides sat in the bottom two spots.

If Uruguay do fail to qualify, it will be the first time since Germany 2006 they have not appeared at the World Cup.

In each of the last three editions, they have made it out of the group stages. They have also been reliant on the intercontinental play-offs too, finishing fifth in the CONMEBOL table in four of the last five qualifying campaigns. 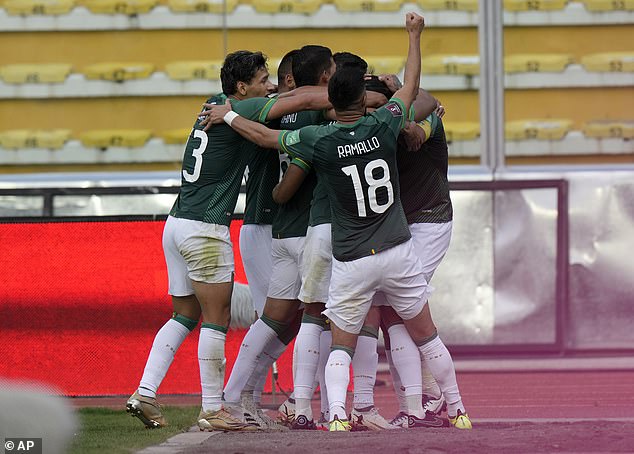