Britain’s 2030 World Cup bid is ‘utter NONSENSE’ and even scoping it out is a waste of the £11m the government are spending on it, says DCMS chair Julian Knight, as MPs fear Euro 2020 hooligans have ‘undermined’ the bid

Knight, the chair of the Digital, Culture, Media and Sport (DCMS) Committee, was speaking to Sports Minister Nigel Huddleston about Britain’s prospects of staging the event in nine years time.

Huddleston insists the crowd chaos which marred the Euro 2020 final at Wembley in July has not ‘put the kibosh’ in the prospective bid.

However, Huddleston blamed those ‘unruly and despicable’ individuals for ‘undermining’ efforts to bring future tournaments to the UK, but did say: ‘The conversations we have had and in the interactions we have had so far it’s recognised that it was exceptional, that we can actually hold events very well.

Yet Knight bluntly told him ‘we’re never going to win it’ and the £11m the government are spending on the bid is a waste of money.

Prime Minister Boris Johnson said in the aftermath of the Euro 2020 final that he still hoped the UK and Ireland could host the World Cup in 2030. 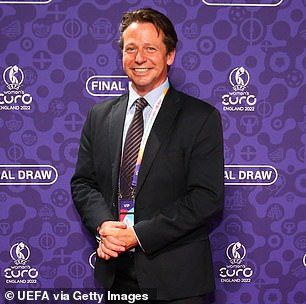 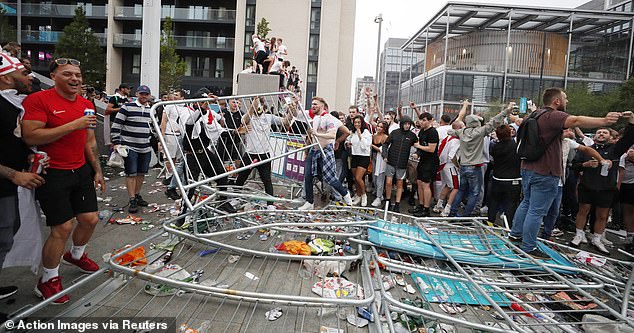 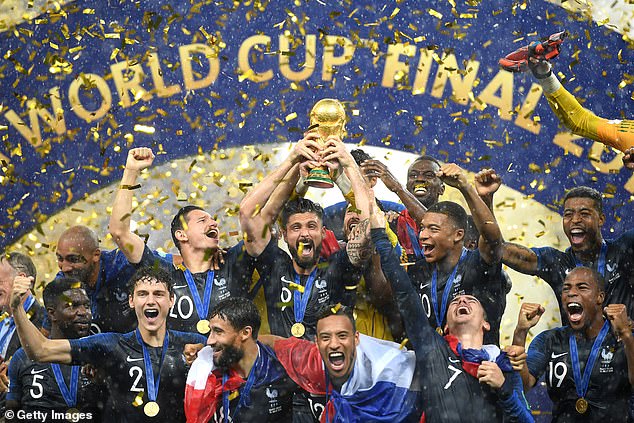 The Euro final in July was marred by disturbances at Wembley and in other areas of London, with ticketless individuals managing to gain entry to the stadium for the match between England and Italy.

Chancellor Rishi Sunak confirmed last month that the Government, having originally pledged £2.8m for a feasibility study towards a World Cup 2030 bid, is ploughing an extra £8m into the checks over whether a joint bid would be a success.

The feasibility study isn’t expected to be completed until April 2022 at the earliest, by which time the home nation FAs will have a clearer idea over whether launching a successful bid to host the World Cup is realistic.

But despite major internal doubts, the Government appear set on pressing ahead with an effort to stage the World Cup for the first time since 1966.

In addition to the £11m investment into the Government are also pledging up to £500m towards grass roots football for a successful World Cup bid – another clear indication of their intention to build a credible bid.