Steven Gerrard ‘kicked every ball’ as he began his Aston Villa reign with a vital 2-0 victory over Brighton on Saturday.

Ollie Watkins and Tyrone Mings scored in the final six minutes to secure victory and end a run of five successive defeats in the Premier League.

Sportsmail’s TOM COLLOMOSSE was on hand to run the rule over the start of the Gerrard revolution at Villa Park.

Gerrard started with the 4-3-3 that he favoured last season as he guided Rangers to the Scottish title, helping them end Celtic’s dream of winning 10 in a row.

At least in the set-up, there are similarities to Jurgen Klopp’s Liverpool, with the full-backs high and wide and the wide forwards moving inside to link the play.

Gerrard has some way to go to have his new side attacking like his boyhood one – although defensively at least, they were tighter.

Goalkeeper Emiliano Martinez had to make two important stops but Villa generally kept their shape better than at the end of Dean Smith’s regime.

Gerrard hauled off Danny Ings midway through the second half and revamped his front three, with Leon Bailey on the right, Watkins through the middle and Buendia on the left. His second sub, Ashley Young, played a decisive role in the opener.

Gerrard said it would take time to stamp his mark on Villa but he opted to do so on day one.

Dean Smith never used Ings and Ollie Watkins together in a 4-3-3 but Gerrard went with that immediately, using Ings through the middle, Watkins on the left and record signing Emiliano Buendia wide on the right. 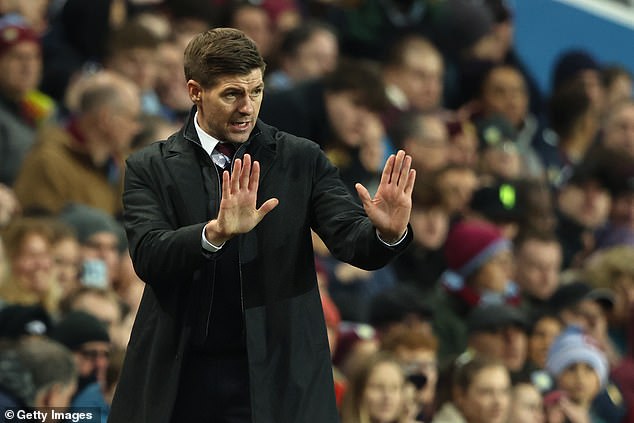 When ploughing through footage of Villa’s games in preparation for this one, Gerrard decided Ings and Watkins didn’t work as a pair, and sent Watkins to the flank, where he did much of his best work for Brentford.

If that puts a few noses out of joint, Gerrard will not care a jot – as he showed when bringing off Ings.

For bounce factor, the first 10 minutes felt like an Olympic trampoline as Villa pushed forward, showing energy and bite.

Until the goal, though, their display lost its spring. Gerrard’s men were tentative going forward as the effect of five consecutive defeats started to show. Yet you could still identify the players Gerrard is already getting a tune from. 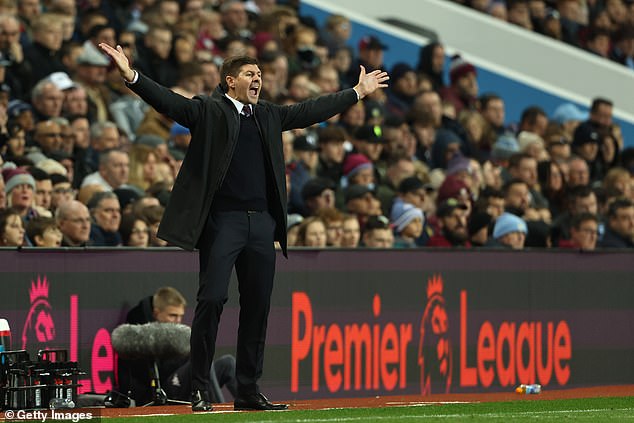 Matty Cash was tireless at right-back and youngster Jacob Ramsey repaid his manager’s faith after earning a start in midfield.

The goal wouldn’t come – until the fabulous counter-attack and finish from Watkins that gave Villa their lead.

Gerrard pumped his fists and roared at the crowd with the same passion he did after scoring a screamer at Anfield.

Then Tyrone Mings doubled Villa’s lead and Gerrard was jumping for joy again.

Gerrard became one of the Premier League’s most ferocious midfielders by tackling every opponent head-on – and judging by his pre-match remarks, he plans to take exactly the same approach as Aston Villa manager.

The former England captain spoke in his programme notes of the ‘extremely high standards’ he will demand, and his intention to put Villa ‘in a better place’. 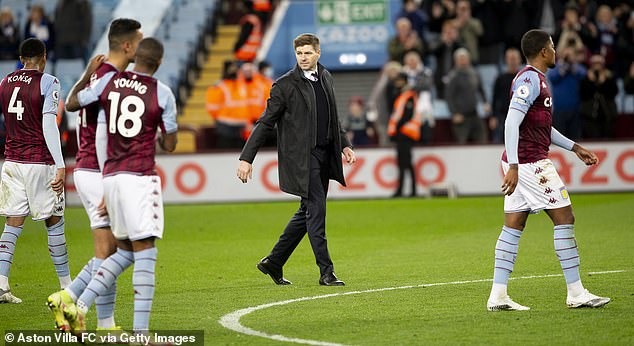 Gerrard was always a talkative type as a player – as referees would confirm – and he is no different as a coach.

Standing in the technical area for most of the match, Gerrard was in the ear of fourth official Stuart Attwell nearly as often as he was his own players.

At full-time, he congratulated every one of them on the pitch before ordering them all to celebrate in front of the Holte End, with ‘Sweet Caroline’ belting over the tannoy.

Two goals scored, none conceded, a first home win since September 18. What was anyone worried about?

As well as Villa finished this game, though Gerrard will know there is still plenty to work on. Ings and Watkins still struggled to combine, as Watkins looked far happier in the centre after Ings had been substituted.

Long-term, Matt Targett may not be the answer at left-back.

However, there were far more positives than negatives. Mings looked like a leader again, John McGinn was terrific and Young played a key role as a substitute. Overall, a great start for Gerrard.