REVEALED: Steven Gerrard will use his ‘unit coaches’ system from Rangers at Aston Villa, with backroom staff Gary McAllister, Tom Culshaw and Michael Beale each looking after players in one position – defence, midfield and attack – for training and matches

Steven Gerrard plans to boost Aston Villa’s performances by deploying the ‘unit coaches’ he used to great effect while manager of Rangers.

Ahead of his second match as Villa boss, at Crystal Palace on Saturday, Gerrard has promised to implement new training methods and style of play as he tries to build on the work done by Dean Smith, who took over with Villa a mid-table Championship club and established them in the Premier League during his three years at the helm.

By guiding his team to a 2-0 win over Brighton on his first match in charge, Gerrard ended a run of five straight defeats that cost Dean Smith has job and left Villa only two points above the relegation zone. They are now four points above the line. 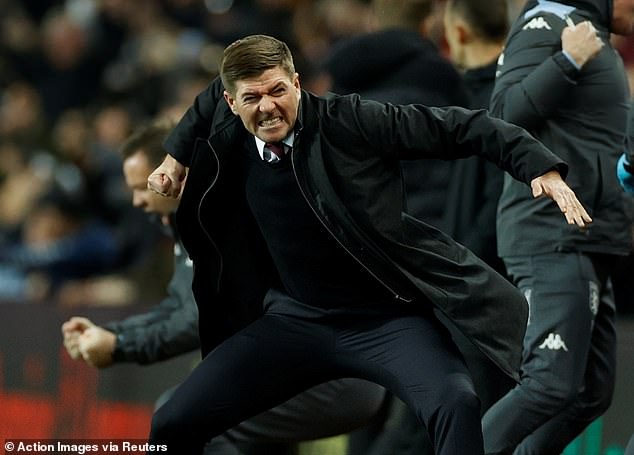 One of his first moves will be to assign individual coaches to different roles. At Rangers, Tom Culshaw took charge of the defenders, Gary McAllister the midfielders and Michael Beale the forwards, with Gerrard overseeing everything.

The ‘unit coaches’ are responsible not only for guiding their groups of players in training, but also their preparation for sessions and matches, and ensuring they understand what is required to improve.

Speaking about the value of ‘unit coaches’ in an interview earlier this year, Beale said: ‘It’s about having each coach looking at five or six different players. 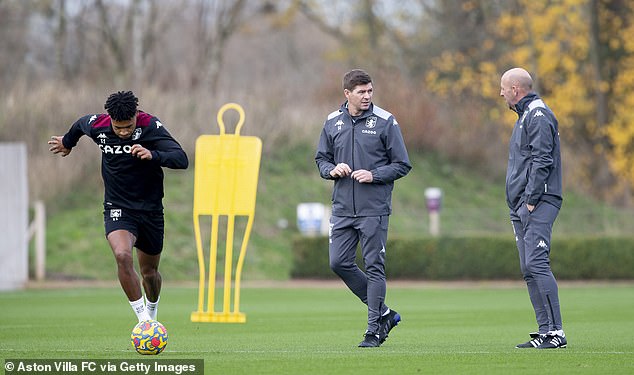 They can have individual conversations with them before and after sessions, and during sessions. If you can manage the person, you can develop the player and that improves the team.’

Gerrard took charge of Rangers in 2018 and led them to their 55th Scottish title last season, ending Celtic’s hopes of claiming 10 in a row, before signing a three-and-a-half-year deal with Villa earlier this month. 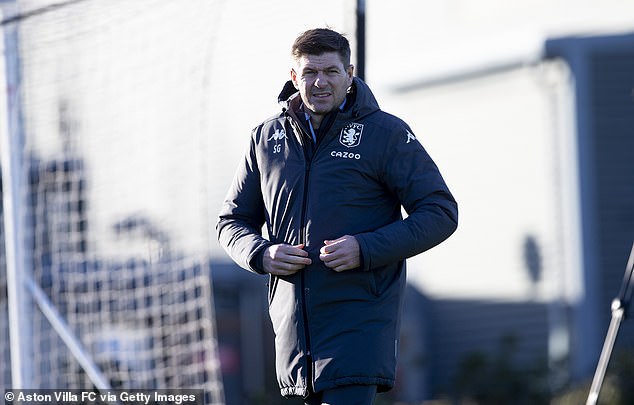