The first real test of Sarina Wiegman’s reign has been passed, just. And who else should be the match-winner but Ellen White?

On her 100th cap, the striker scored the only goal of the game to give the Lionesses victory over Austria. She is now just one goal away from matching Kelly Smith’s all-time record and two from breaking it.

This was a quiet afternoon for the Manchester City forward, who at times looked slightly isolated up front. But she only needs one chance and she was in the right place at the right time to meet Fran Kirby’s cross in the 39th minute.

This was White’s day, but it was Kirby who ran the show on a cold afternoon in the north east. Though she was playing in a deeper role to the one she usually takes on for Chelsea, she was at the heart of everything the Lionesses did going forward and deserved a goal in what was possibly her best international performance in three years.

England’s victory means they have now won five games from five under Wiegman and are yet to concede a goal.

Austria were always going to provide the toughest test. Before this, the Lionesses had won their four previous games by an aggregate score of 32-0.

This was not only a 2023 World Cup qualifier, but a dress rehearsal for the opening game of next summer’s Euros. 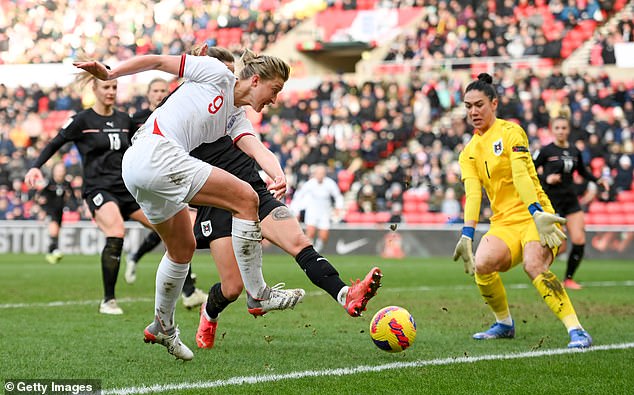 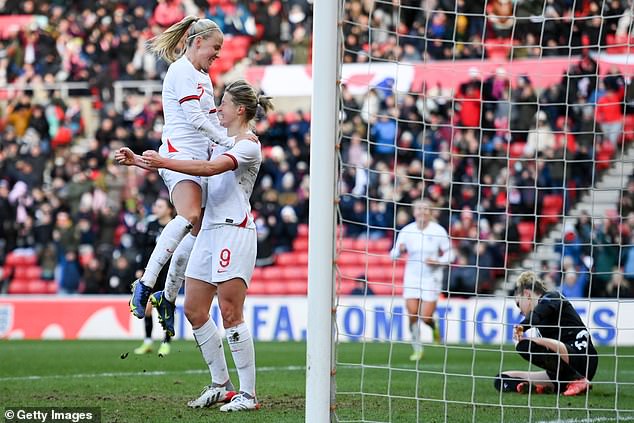 England will kick-off the tournament against Austria at Old Trafford on July 13 and Wiegman’s side will go into that game knowing their opponents will be tough to break down.

Austria were never going to roll over like Latvia, Luxembourg and North Macedonia. They are ranked 21st in the world and have several players playing in the top leagues across Europe.

But they are beatable and England should probably have had more than the one goal they managed at the Stadium of Light.

The Lionesses averaged 73 percent possession and looked lively from the first whistle and could have taken the lead in the 14th minute. 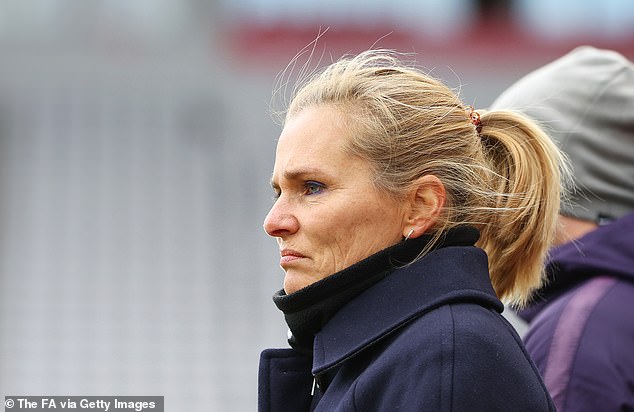 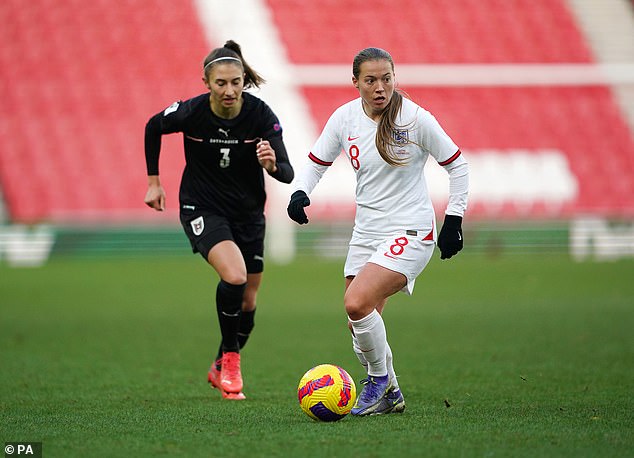 Kirby found space down the right and fizzed a cross into the box, but the ball was just behind Beth Mead, who was unable to get a shot off.

Austria looked capable of playing themselves into trouble at times and a careless pass from Virginia Kirchberger gave Lauren Hemp the chance to shoot on the edge of the box, but her effort went straight into the hands of Manuela Zinsberger.

Mead’s flick on fell to Kirby on the right.

Her shot was blocked but the forward put the ball back into the box and there was White to pounce and finish from close range, as she has done so often before.

England could have had a second before half-time as Kirby continued to cause problems.

The forward was picked out by Kiera Walsh in the middle and with one touch she turned and fired a shot to the bottom right corner but Zinsberger got down well to keep out, before getting back up to block White’s re-bound.

In their last four games, England’s opponents have managed just one shot on target between them.

Mary Earps was a mere spectator for most of those games but she made a fine stop to preserve England’s lead early in the second half.

Austria broke quickly after winning the ball back as Sarah Zadrazil drove forward and played in Maria Plattner on the right.

The midfielder fired a shot across goal but Earps got a big hand on it to push the ball away. 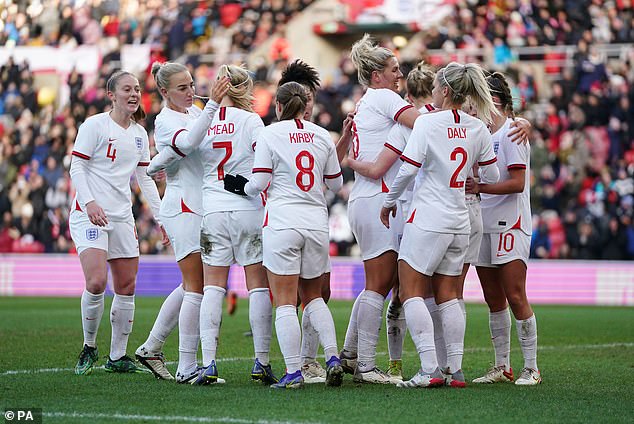 England seemed to regain their composure after that and came close to scoring a second at the other end.

Kirby was again at the heart of the attack as she played in Mead down the right. The Arsenal winger got a shot off but her club team-mate Zinsberger pushed it away before Austria cleared.

White then came close to matching Smith’s scoring record when her shot was deflected wide by Carina Wenninger.

Zinsberger was back in action again in the 84th minute when she got down well to save Rachel Daly’s goal-bound effort.